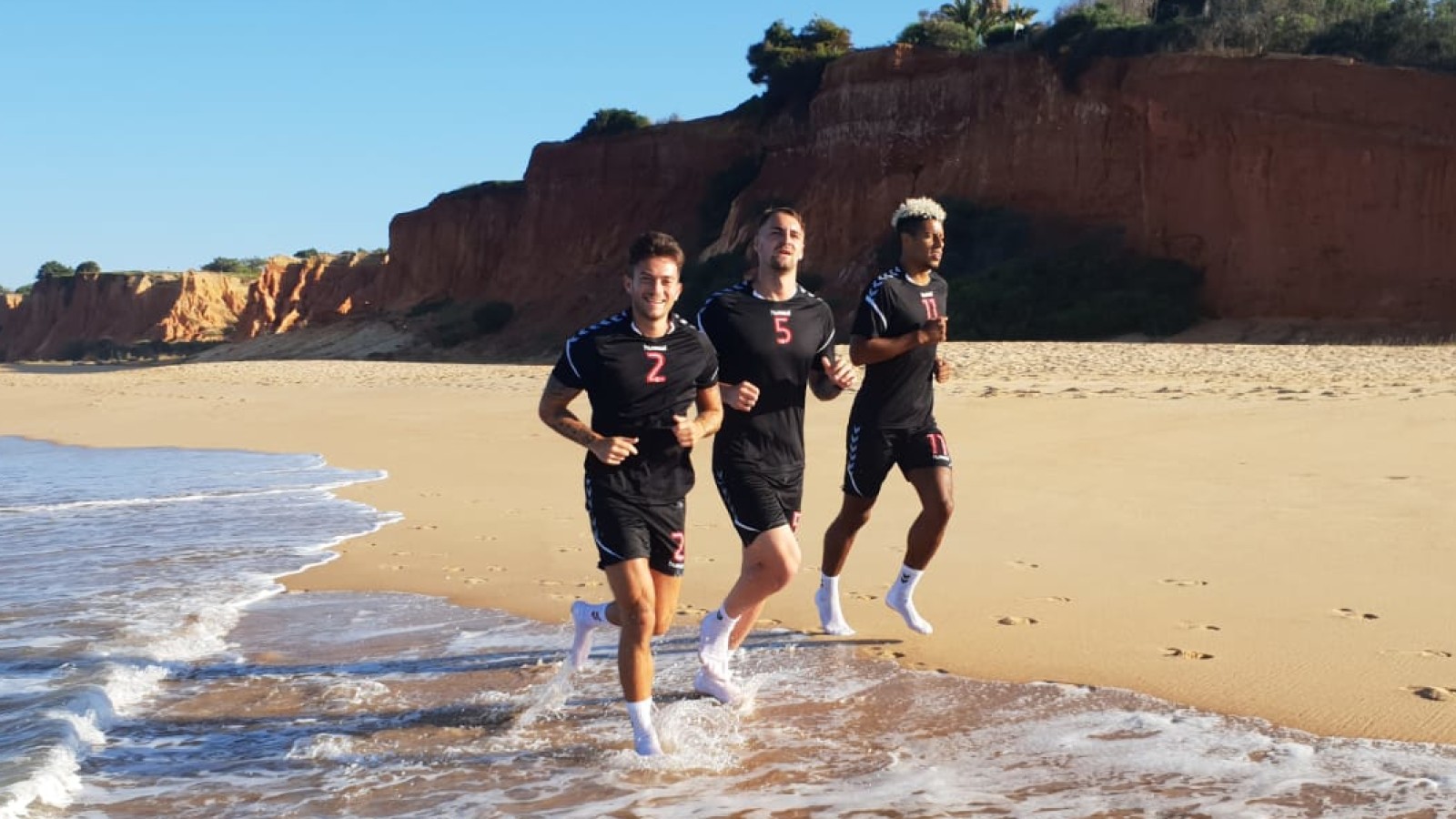 Lee Bowyer’s players headed to Portugal on Sunday for a five-day, intense training camp. Throughout the week, members of the Charlton squad will be keeping supporters up to date with their progress by penning a column.

First up is Lewis Page, who says that the spirits within the squad are sky high…

It was a good first day of training for us. We woke up quite early, had our breakfast and then cycled down to our training pitches. We’ve got bikes all week and we got a telling off for not wearing our helmets first of all!

Training lasted about an hour and a half and we started off with a lot of running before doing some more possession-based stuff. After training, we had a bit of a rest, some lunch and then we went back out on the bikes.

We cycled down to the beach and then did a long run where were had to complete it as quickly as possible. It was tough in the heat but probably one of the best places you could ever run because the scenery was really nice.

Even Bow did the run because apparently he used to do it when he was at Leeds. He’s still fit and he gave some of us a run for our money!

When we rode back to the hotel there were a few hills, which was a killer, but nice to get into the legs as well.

Pre-season is massive for a player. This time last year, I had just had my operation, so I’m in a much better place now. It’s key to get that base fitness and I missed all of that last year. I had to catch up on my own, doing stuff, but as a group you can get each other through.

Being together 24/7, everyone is getting closer. Obviously, we’ve had Lyle Taylor come in, he’s been getting on well with everyone and also you’ve got the young lads here too. We’re going to need them this season, so it’s nice for them to join the group as well.

I’d say the mood in the squad is miles better than it ever has been since I joined the club. Everyone has got that feel-good feeling and everyone knows that we’ve got to put the work in to achieve stuff.

We got that far last season from the last 12 games and we know that’s what we’ve got to do for the whole of next season for us to be up there.