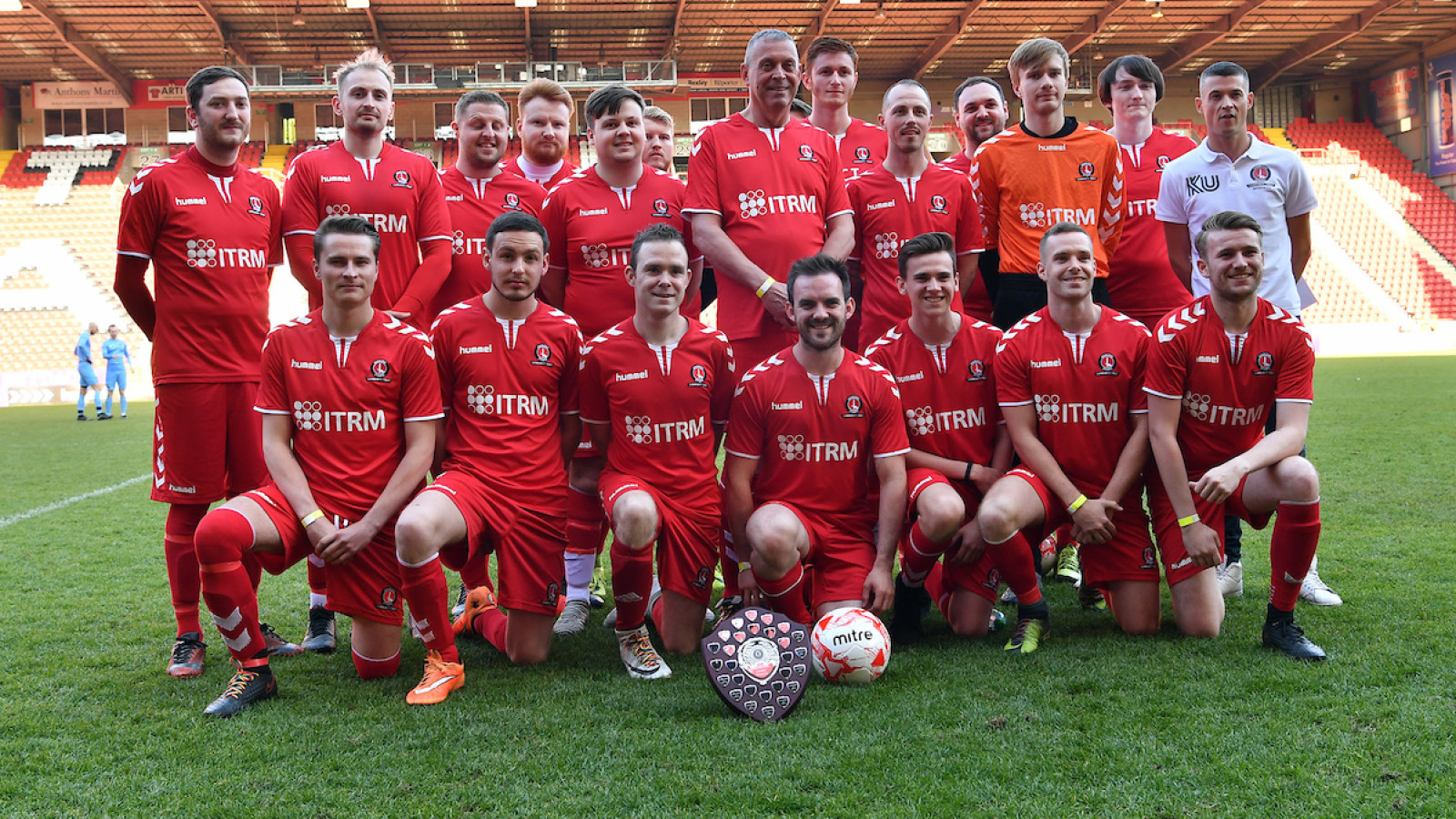 On Saturday the Charlton family are to become one of the first professional football clubs to participate in Pride in London.

We asked CACT Invicta player/manager Gary Ginnaw why #PrideinCharlton is so important to him.

PRIDE to me means accepting who you are and having the courage to stand up and say out loud “this is who I am – except it or deal with it”. We are all different - that’s what makes the human race so special - the diversity that surrounds us all.

Pride is a day of celebration. Nobody should be able to make you feel ashamed of who you are. We should all show support for one another.

The involvement of Charlton Athletic FC (“CAFC”), Charlton Athletic Community Trust (“CACT”) and the Charlton Athletic Race and Equality (“CARE”) Partnership in Pride in London on Saturday 7 July 2018 is monumental. The impact this can have within football but also the wider community cannot be underestimated. I’m honoured to be included in such a landmark event.

CAFC, CACT and the CARE Partnership have a history of tackling discrimination head on and were leaders in the fight against racism during the 1990s. CACT are the only Trust in England to have a dedicated Equality, Diversity & Inclusion strand. The fight against homophobia in football is a big one and it may take some time but its landmark events such as a professional football club having a presence in the Pride in London parade with millions of people watching on that will go a long way towards making a difference.

I’ve been a Charlton fan for a very long time. The support I’ve received from CAFC, the CACT and the CARE Partnership over the last few years makes me incredibly proud to be an openly gay Charlton Athletic supporter! As player-manager for CACT Invicta FC - I know they fully support me which is very moving indeed. Together we are helping to break down barriers and remove stereotypes within the footballing world.

I’ll be marching at Pride In London on Saturday alongside my teammates, many friends from within the Charlton Family and outside, and also my fantastic parents! Our group will showcase just how diverse we all are and we have an opportunity to send out a significant message to the whole of London and beyond – ‘football really is for everyone’.

The Pride in London slogan for our float couldn’t be more true - All Together All Proud All Charlton!

Saturday will be my very first Pride In London March and I’m so excited that I get share this day with the Charlton Family!

It is not too late to represent Charlton at tomorrow's parade. Click here for more information.