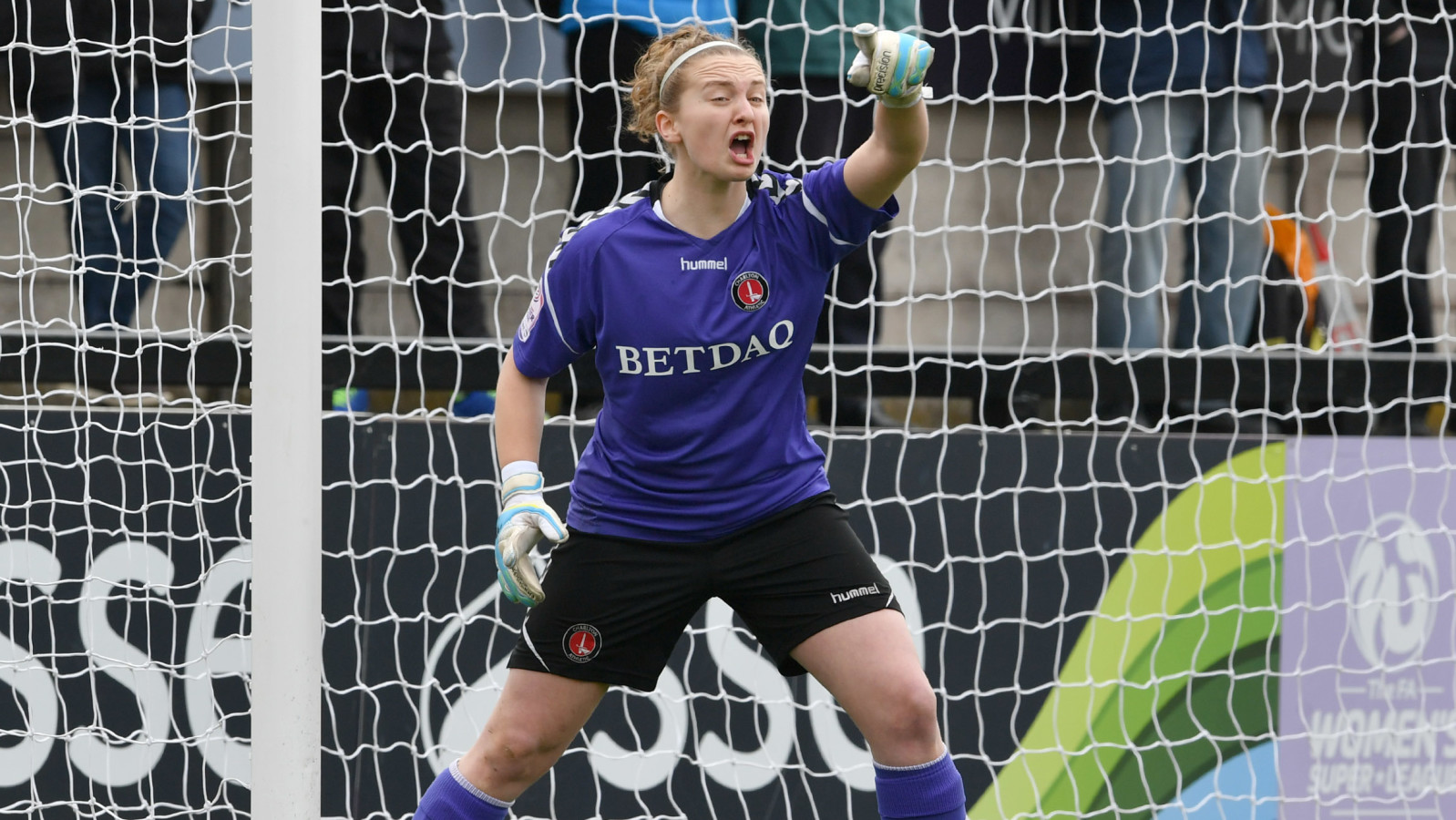 The Charlton Athletic women’s team are delighted to announce that England Lionesses U19 keeper Katie Startup has re-signed with the club.

The 19-year-old shot-stopper enjoyed a successful first season with the club last campaign, and is looking forward to the challenge the FA Women’s Championship will bring.

“I’m really looking forward to it, it’s a chance to show teams what we can do. We’re a really strong squad and I think it would be dangerous to underestimate us” said Startup

Startup was influential in goal last season, and made crucial saves in the FAWPL play-off final versus Blackburn to keep Charlton ahead.

“Last season was really positive. I set a lot of goals at the beginning, and I hit them so I’m very happy

“I just want to keep developing and challenge myself. We want to try and challenge the bigger teams in this league and get ourselves up the table” Startup added.

The 19-year-old has played for England U19s during her time at Charlton, and has recently come back from a training camp at St Georges Park with the squad.

“England has been massive for my development. It’s the best environment to develop and I’m very lucky to be apart of it. Hopefully going forward I can stay in there, it’s really valuable to me.”