Jason Pearce on getting his first 90 minutes of the summer, Darren Pratley and Patrick Bauer 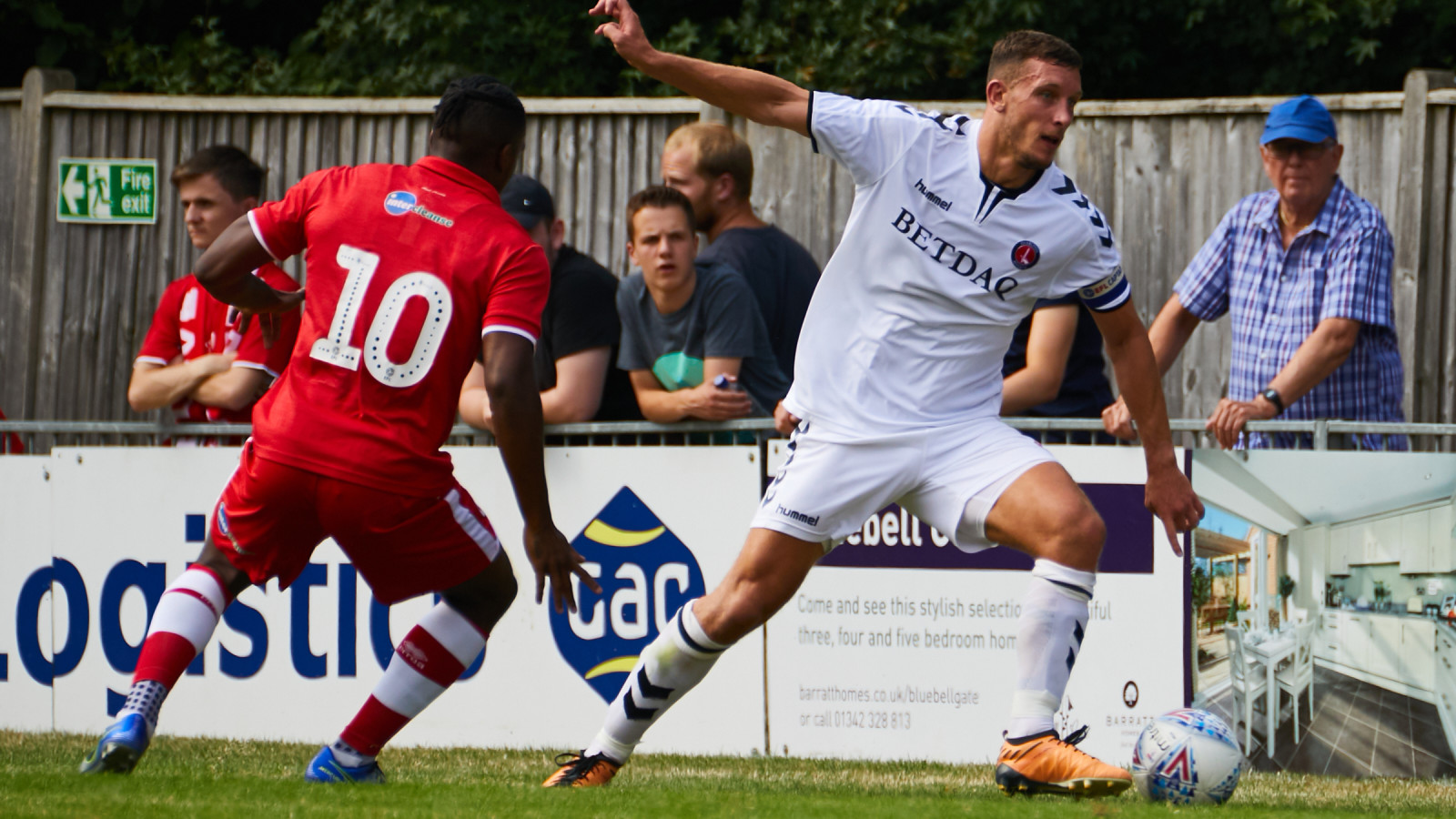 The Addicks recorded a 2-0 victory over Crawley Town at the weekend and will play two more pre-season games – against Premier League Brighton & Hove Albion and Championship Norwich City – before heading to the Stadium of Light next month.

And Pearce, who got his first 90 minutes of the summer under his belt on Saturday, says that the harder the games, the better prepared his side will be for their League One opener.

“Saturday was a good runout for the boys,” he said.

“Coming into it, we knew that we were going to get quite a lot of minutes, which was important for us, and quite a few of us managed to get 90. We want to get that winning feeling as well, so it was good; positive.

“It’s important that it’s like that. I know it was a friendly but I play the same in every game, friendly or not. It’s important going into the first league game that you’ve had difficult games.

“It was a tough afternoon, I was flagging a bit towards the end but that’s expected. I’m just pleased to get through it so far injury free and I’ll keep working hard to stay fit.”

Tuesday’s friendly against Brighton at The Valley is likely to see new signing Darren Pratley make his first appearance for the Addicks.

Pearce has been impressed with what he has seen from the former Bolton man so far.

He said: “Darren coming in is a great signing for us experience-wise and the level he’s played at.

“I’ve played against him a few times and met him properly the other day and he seems a real top bloke. I think he’ll fit into the group brilliantly.”

The victory over Crawley saw Pearce feature alongside Patrick Bauer for the first time since last season. Pearce was pleased to be reunited with his defensive partner.

“There’s obviously been interest in Pat and rightly so because he’s a very good player and I enjoy playing with him,” Pearce said. “Personally, I’d love him to stay. Hopefully he will do now, it’s getting closer to the end of the window.

“Every day that goes by I’m hoping he’s staying. I enjoyed the first game back with me and him together and hopefully he did as well. It was nice to get another clean sheet.”

Tickets for Tuesday's friendly against Brighton are on sale. You can purchase yours online by clicking here.