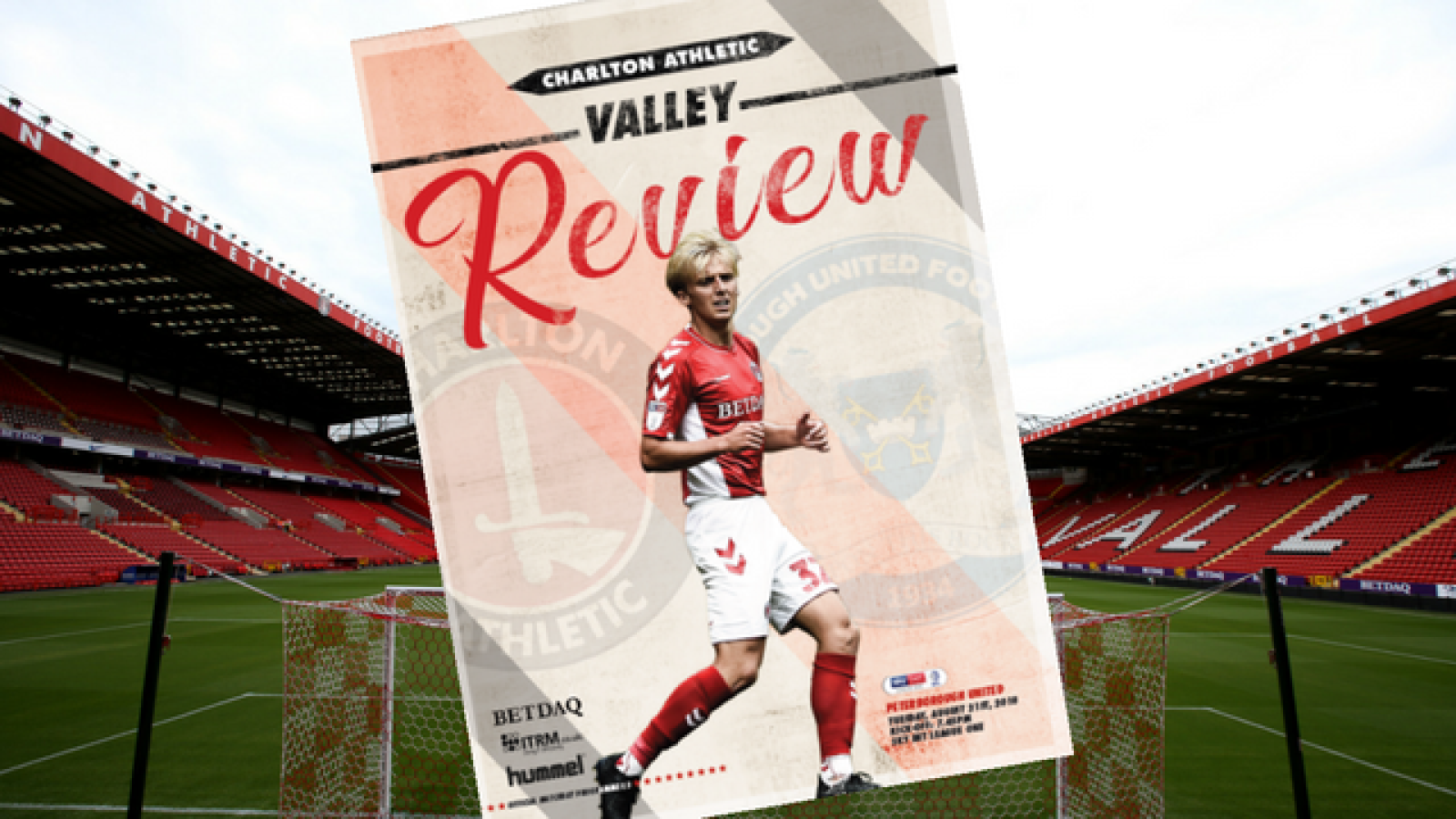 The academy graduate has made a dream start to the 2018/19 season having made his full league debut for the Addicks and he discusses his breakout start to the campaign, making his family proud and how life in the academy made him become a Charlton fan in his feature interview.

Elsewhere, Colin Walsh is the next legend to name his Addicks XI, while the Charlton Museum take a close look at Eddie Marshall, a true legend who many supporters may not know the name of, but played a huge part in the formation and early years of the club.

Past Encounters takes a look back at five memorable games against the Posh and all the latest academy and women’s team action is rounded up.

Meanwhile, Lee Bowyer pens his latest notes as he reflects on his side’s start to the season and Joe Aribo reacts to Saturday’s draw at Accrington Stanley.

All this and more can be found in Tuesday evening’s Valley Review, available from in and around the stadium, as well as from the Valley Superstore for £3.