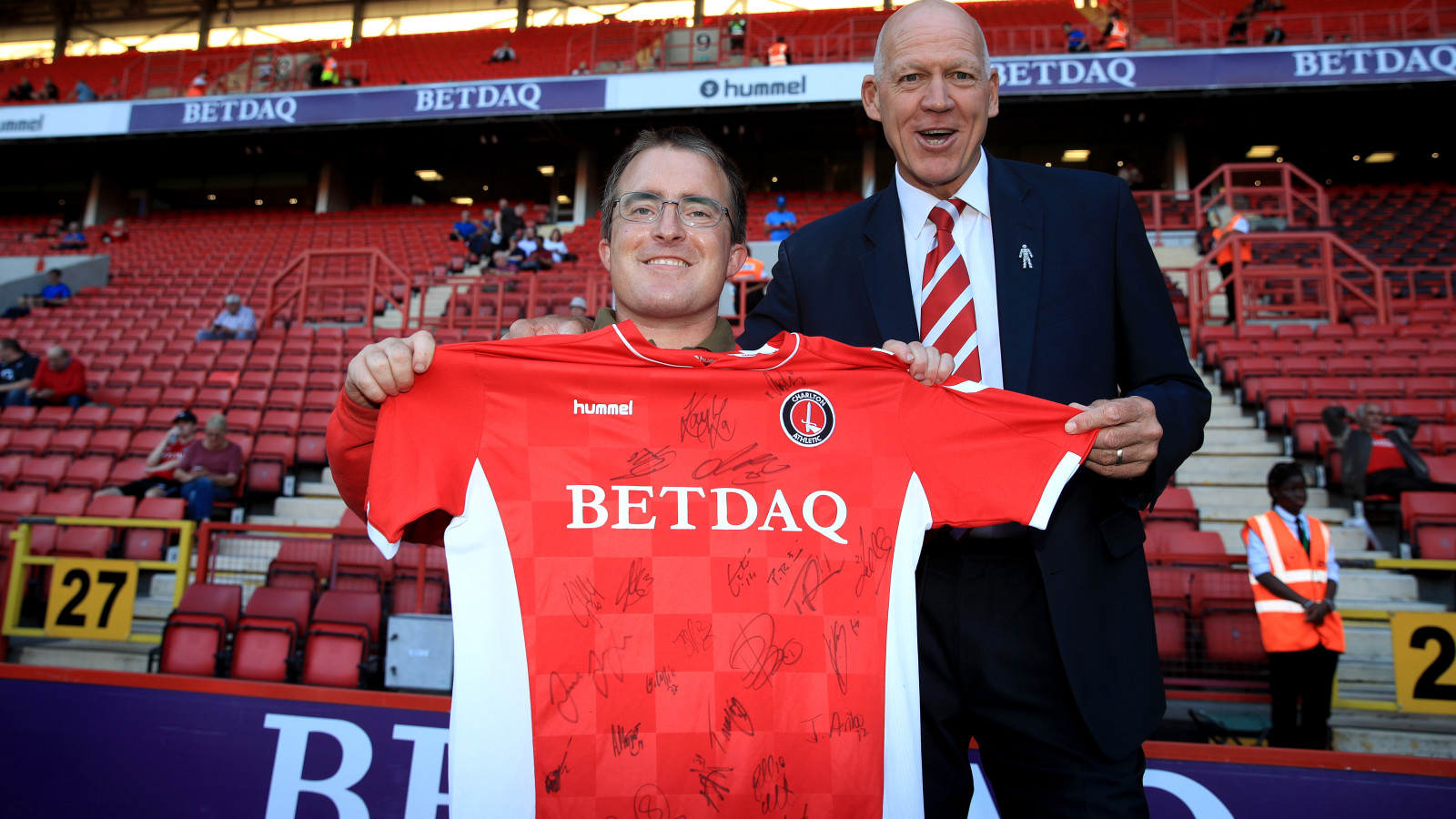 This season, BETDAQ launched the #PrideOfTheValley to reward die-hard Charlton fans. Each home league game, supporters will select a fan to win the reward and the individual will be presented with a signed shirt on the pitch.

On Tuesday, the Bromley Addicks group selected Miles Walker, so we got a few words from him about his life with Charlton.

The reason I became a Charlton fan: Was because of long-time family connections.

My first away day with Charlton was: An FA Cup tie against Coventry City, a 3-2 victory.

On 25th May 1998 I was: At the Wembley Final. It was a nail-biting penalty shoot-out. I remember it began to rain at the end of the game and I won’t forget the exhausted quiet on the way home of our supporters’ coach.

My favourite Charlton game (not including the play-off final) is: Arsenal 4-2 victory away. Arsenal were easily the better team but they didn’t put away their chances and, for once, we did. Claus Jensen’s goal was ever-memorable.

My favourite Charlton player is: Chris Powell and how in his final game he scored a farewell goal right at the end.

My favourite Charlton kit is: The Viglen kit of the early – mid 1990s.

The best part of being a Charlton fan is: Getting to know lots of nice people and celebrating goals when we occasionally score them!

This season’s Player of the Year will be: Lyle Taylor – because he will score goals.

The game I am most looking forward to is: Southend at home – we will see Chris Powell again.