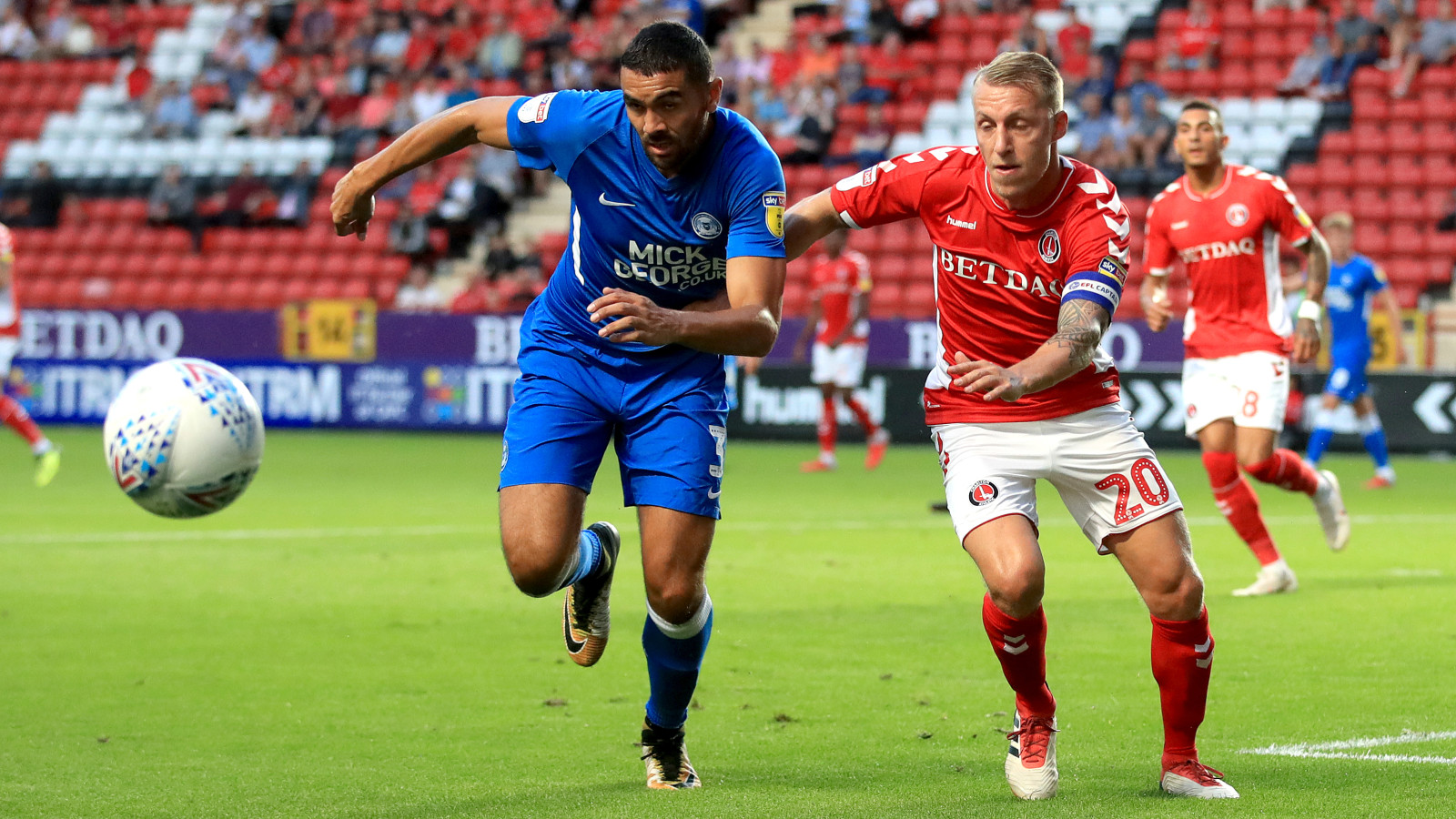 Chris Solly says that the Charlton dressing room was encouraged, as well as enraged, after Tuesday’s controversial defeat against Peterborough United.

The Addicks looked set to record a point against table-topping Posh before, with a minute to play, referee James Linington awarded the away side a penalty when Lewis Page and Ivan Toney both threw their bodies at the ball inside the box.

The dubious decision was a very unpopular one with most inside The Valley and Jason Cummings dispatched the spot-kick to earn Peterborough all three points.

Solly explained that his team were gutted afterwards, especially considering the manner of the defeat, but that they could also take some positives from it.

“It’s never nice conceding in the last minute in any game but to lose to a decision like that where, as players, we can’t control it has killed us,” he said. “Pagey has does brilliantly at the back post to shield the ball and it’s never a foul in my opnion but the ref has given it.

“There’s only so much I can say [on the decision] but I was straight onto the ref. He couldn’t tell me who gave away the foul or what it was for.

“I imagine someone radioed through to him because it took a little while for him to realise it was number three. That’s all I really want to say about it.”

On his team’s performance, Solly continued: “I thought we played really well in the second half, the best we have played for a while. We had a lot of pressure, I felt the goal was coming [for us] and for that to get given at the other end was a killer blow. We were devastated in the dressing room.

“It hurts but if they [Peterborough] are the pace setters and we have put in a performance like that, there’s reason for us to take a lot of positives from it.

“Even though we lost, we felt like we put in a good performance and we can take that into Saturday’s game.”