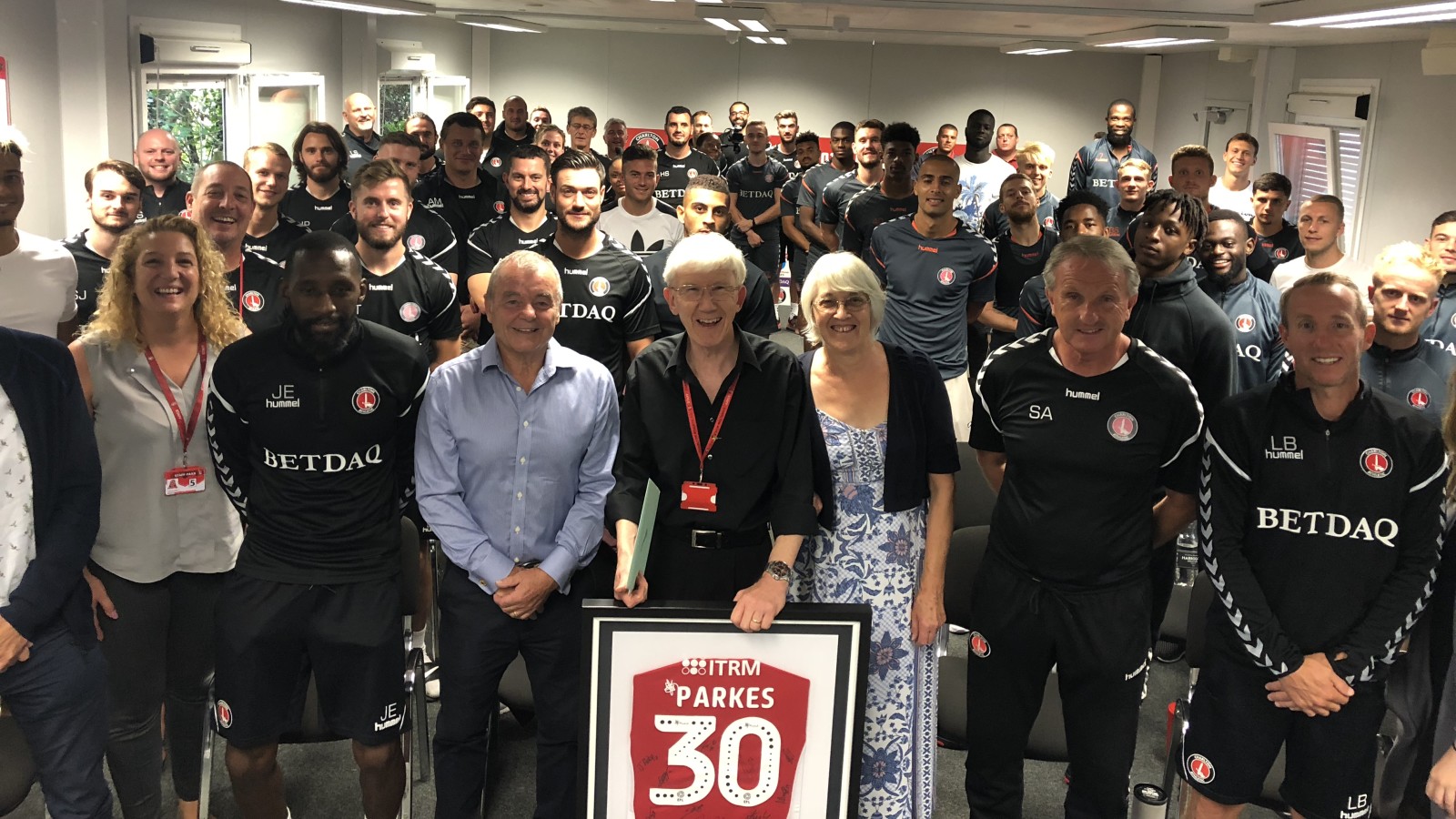 This season BETDAQ launched the #PrideOfTheValley to reward die-hard Charlton fans. Each home league game, supporters will select a fan to win the reward and the individual will be presented with a signed shirt on the pitch.

Last week when the Addicks hosted Fleetwood Town in SE7, club secretary Chris Parkes celebrated 30 years of service at the club so we got a few words from him about his life with Charlton.

I started supporting Charlton because: I was born in Woolwich and all the family were supporters. I was taken at the age of seven to The Valley and have been hooked ever since.

My first game was: Versus Middlesbrough in September 1958 a 1-0 win.

My first away game was: Oxford United at the old Manor Ground on 21/12/1968. I went with my brother and he had just passed his driving test and he wanted to take his car for his first long drive.

On 25th May 1998 I was: Seated in the Royal Box and sat next to Peter Croker, who was full back for the club in the 1947 FA Cup final. I was also fortunate that I was with the team at their hotel and at the after-match reception. I still have my Wembley Suit which I wear once a year at a home game.

My favourite game: An away game v Newcastle United on 18/01/92 stands out. We were 3-0 down after 34 minutes and recovered to win 4-3 with the winner from Alan Pardew in the 89th minute.

My favourite player: Has to be Derek Hales. So many classic goals. What a character. I remember when his goal v Hull City in the early 1980s was voted goal of the season.

My favourite home kit: Was the Admiral kit of 91/92. For away I liked the white kit of 94/95 which is similar to this season’s with the stripes being horizontal rather than vertical. I remember Lee Bowyer getting a hat-trick at Selhurst wearing that kit. Peter Garland had a blinder in that game as well.

The best part about being a Charlton fan is: You don’t become a fan for glory, but it gets under your skin and in your heart. There is something about this club that keeps you wanting more. Our battle to get back to The Valley after the seven-year exile sums up the passion and commitment that we have for the Addicks.

My favourite current player is: Jason Pearce shows the tenacity, passion and commitment which we need. He leads by example and his team-mates respond to his leadership.

The away game I am most looking forward to is: AFC Wimbledon. I have been so depressed about going there and being outplayed in recent seasons-not by ability but by commitment and team spirit. I want to see us go there and exceed this passion and commitment and of course get the three points. The double over them would be very welcome.