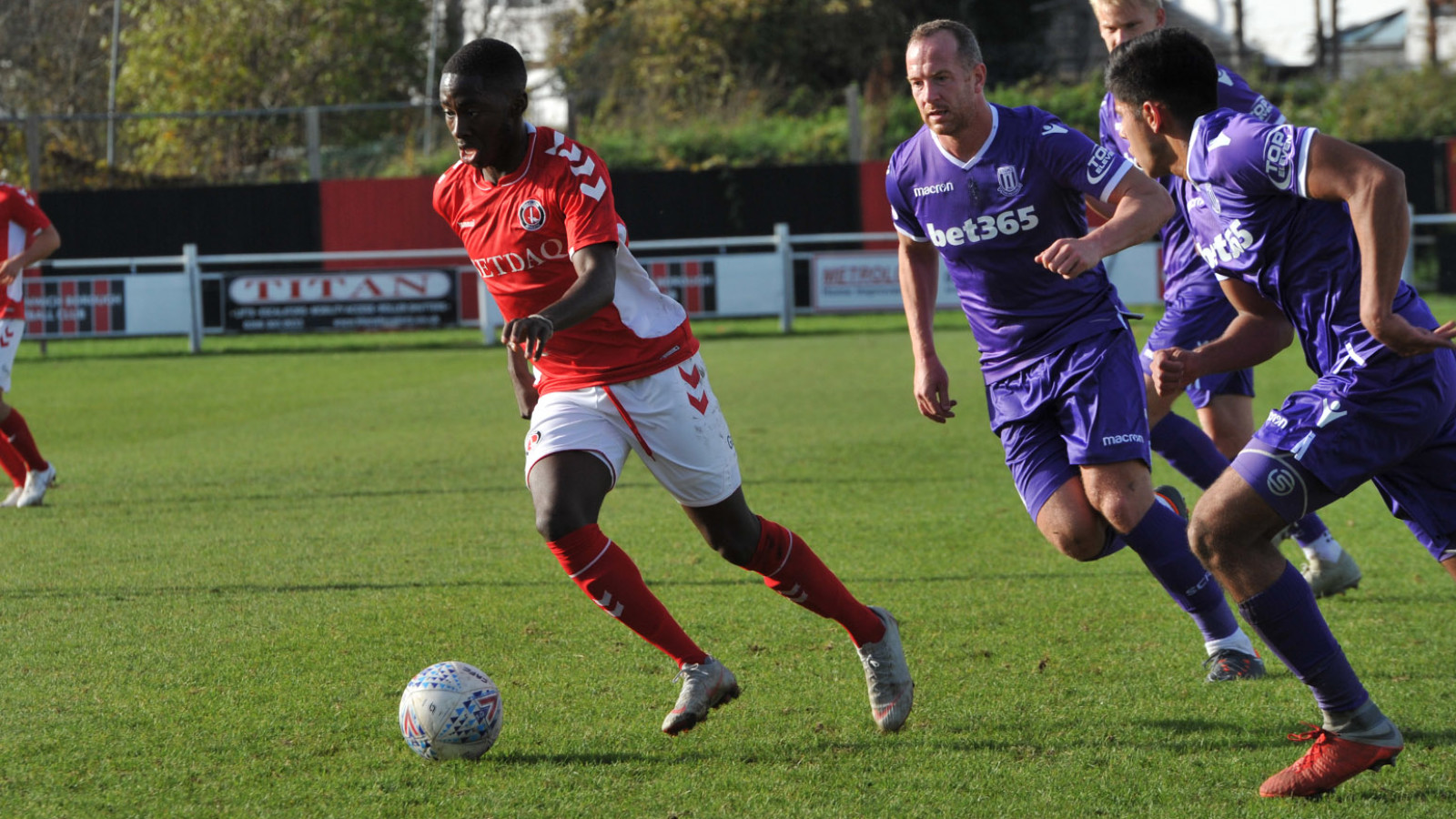 Charlton’s U23s picked up a point in Premier League Cup Group A by holding Stoke City to a goalless draw at the DGS Marine Stadium on Thursday afternoon.

Jason Euell’s Addicks defended superbly throughout the 90 minutes and their best chance to win it came in the first half through Jordan Zemura.

The Potters started with experienced Scottish midfielder Charlie Adam in the middle of midfield and Charlton will next be in action in the competition when they take on Peterborough United next month.

A great block from Reeco Hackett-Fairchild saw him get in the way of Oliver Shenton’s powerful, second-minute volley and, at the other end, Albie Morgan saw a shot well blocked by Stoke centre-back Harry Souttar.

With 13 minutes on the clock, Addicks stopper Dillon Phillips threw up an instinctive arm to save from Shenton, after he had been played in on goal by Joshua Tymon, and Hackett-Fairchild then fired off target for Charlton five minutes later.

Scott Wara tested the alertness of his own goalkeeper, Daniel Gyollai, as the first half reached the midway point, before Stoke left-back Tymon thumped a long-range strike just over the crossbar.

The game had been fairly even and the best chance of the first half fell Charlton’s way five minutes before the break. Zemura broke forward but, having reach the penalty area and with other red shirts alongside him, he elected to try and shoot but was crowded out.

Stoke’s Daniel Jarvis volleyed just over the bar at the start of the second half and on 50 minutes Phillips made a great save to keep out Tymon, who had controlled a superb through ball from experienced midfielder Adam.

Jamie Mascoll cleared a Wara volleyed off the line just before the hour mark and, on 70 minutes, Potters replacement Mark Waddington sent a header just wide.

At the other end, Gyollai tipped a Mascoll free-kick over the crossbar on 78 minutes and that proved to be the game’s final chance. Before the final whistle, though, Stoke were reduced to 10 men after Souttar was sent off for picking up a second yellow card for an off the ball incident.