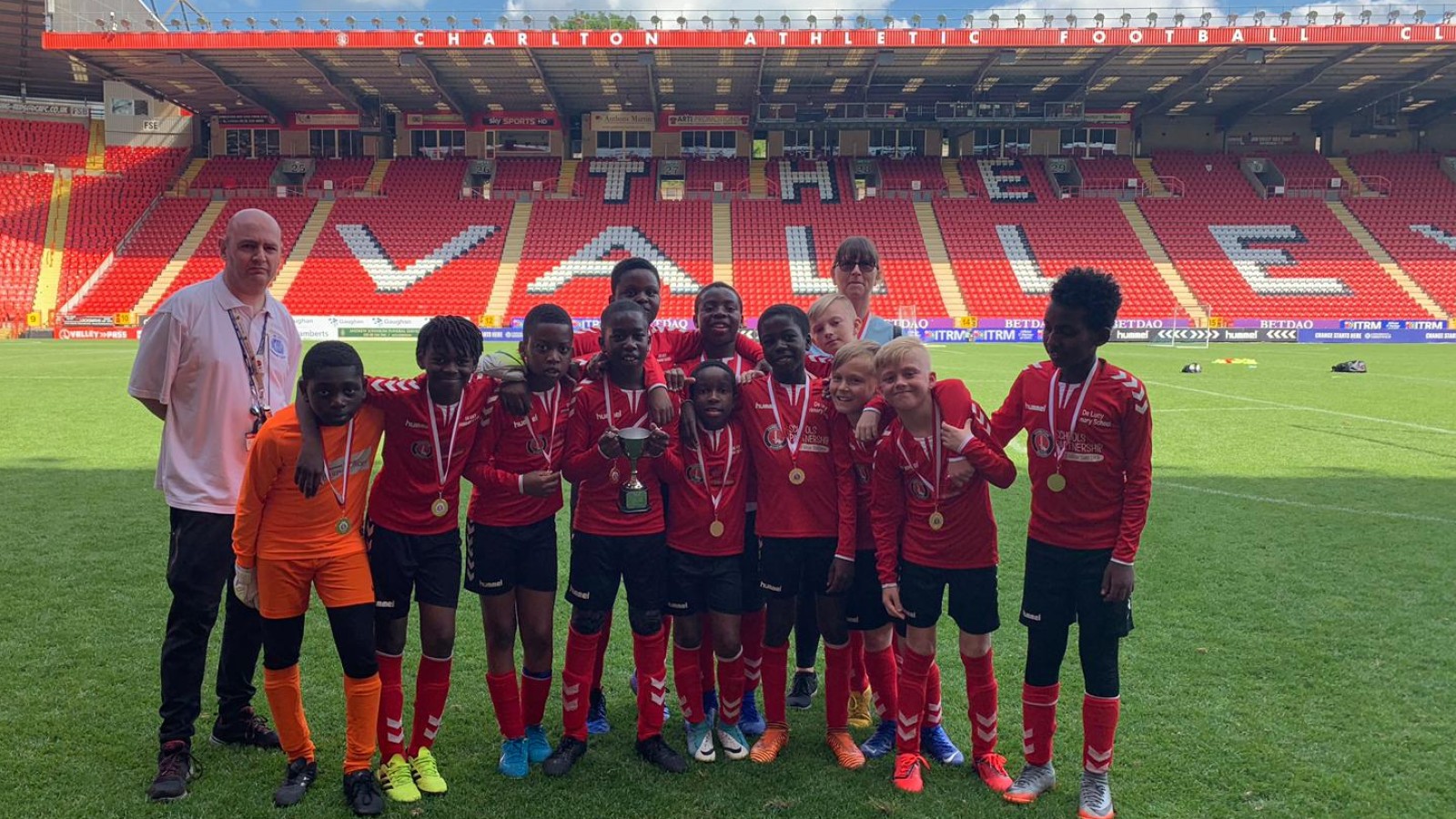 Pupils from local schools were given the opportunity to take part in a football tournament on the pitch at The Valley last week, as part of the Charlton Athletic Schools Partnership.

The schools partnership is in its third year now and has proven to be a success with 32 schools from the local area signing up. This year's tournament saw 20 teams from the partnership participate with De Lucy coming out as the eventual winners.

Speaking on the event the Clubs Development Officer, Callum Sullivan said: "The teams were split into four groups of five with the top two going into the knockout stages. We ended up with St Margarets and De Lucy in the final.

"De Lucy went 1-0 up with St Margarets responding literally straight away. Then, in one of the final kicks of the game, De Lucy went 2-1 up and retained the title for the second year running. They were led by Alan Lado-Devesa.

"Everyone’s really appreciative of the schools partnership because we also give them kits, which every single team were wearing on the day. It was a lovely day, good weather and a lot of happy faces for the winners!

"Everyone received a schools partnership medal and obviously the winners lifted the trophy."

He went on to speak about how the club provides a great opportunity for young individuals to have a memorable day.

"We’re pushing the schools partnership again for next season. Everyone loves the tournament and especially the opportunity to get on the pitch.

"Within the schools partnership, the schools are given tickets for a few games a season. They’ll go to the games and then when they come to the tournament they try to replicate some of the stuff they’ve seen on the pitch. In the semi-final De Lucy scored an overhead kick that was really good and they won that match 3-0."

If you are a school in the Borough of Greenwich and wish to become part of the Charlton Athletic Schools Partnership, please contact callum.sullivan@cafc.co.uk