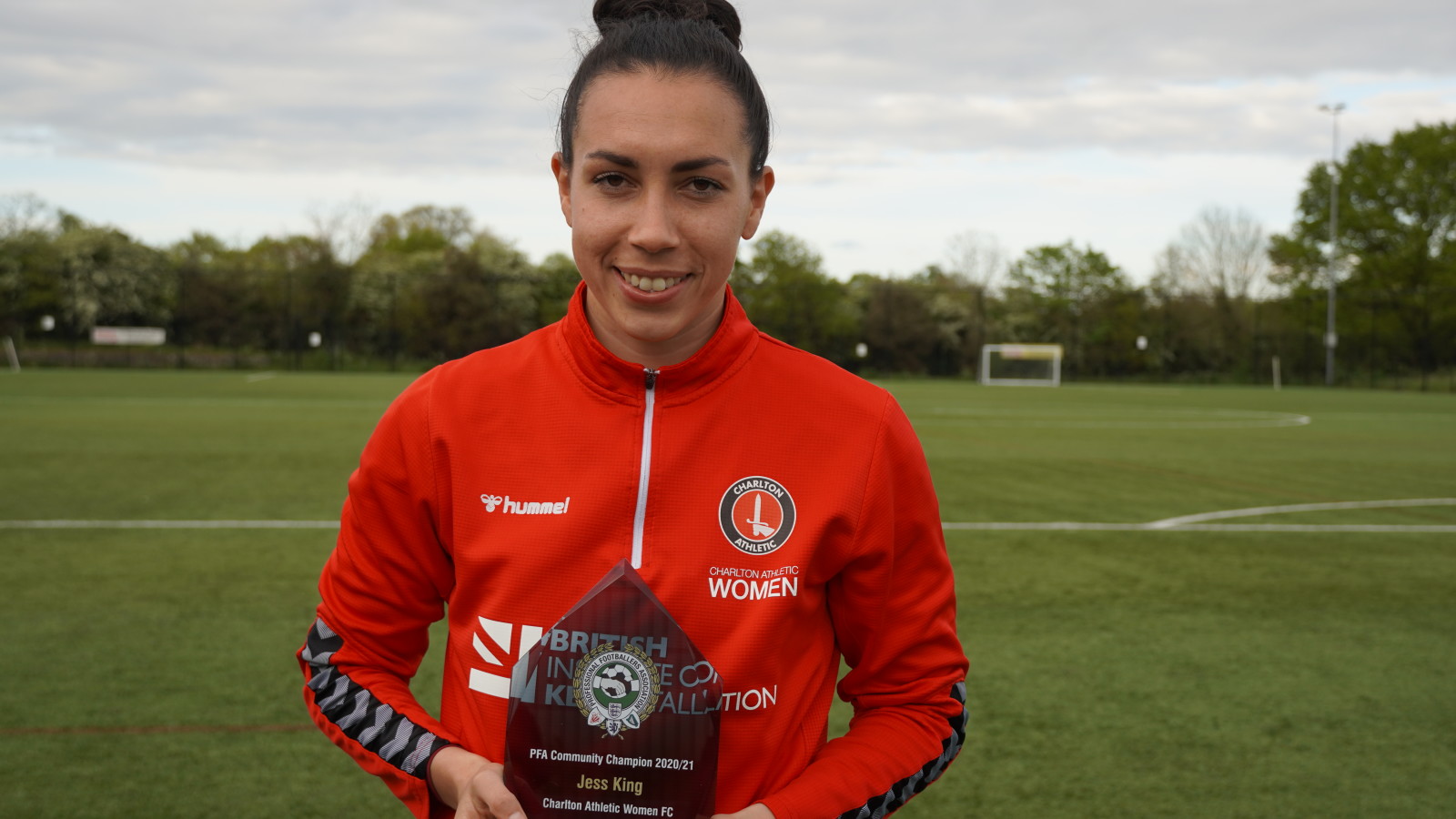 King has participated in a number of CACT programmes in her inaugural season with Charlton Women, serving as an exemplary role model to young people as part of the mentoring team while also working in lateral flow centres to assist CACT’s COVID-19 response.

King said: “I was really surprised when I won this award actually but very humbled and grateful for the opportunity that I get to go out and work in different communities. It’s something that I’m passionate about and want to be able to pass on to other people.

“My favourite part has just been getting to know the kids, having fun with them and seeing them interact with each other. I think just being able to be a part of the wider community, I’ve lived in a lot of places and it’s nice that I’ve been able to really get involved in the community since being with Charlton.”

Also in his first season with the club, Inniss has been another active contributor to several of CACT’s projects surrounding equality, diversity and inclusion, particularly with the Upbeats.

After hosting a Q&A with the Upbeats on Zoom, the 25-year-old defender worked alongside player liaison officer Tracey Leaburn to launch the goal celebration competition between the Upbeats and the first team.

Carl Krauhaus, CACT’s head of early help and prevention, said: “Ryan has had a great impact on various projects at CACT, none more so than the Charlton Upbeats project. During lockdown, a very testing period for the Upbeats and their families, Ryan took his time out to come and engage with the group on a Q&A session, and I think the project had such an impression on him that actually he went on and wanted to do so much more.

“He arranged the infamous goal celebration competition, which the Upbeats engaged in so much and he has brilliant for the group. He’s become a real hero really with the Upbeats in a very short period of time. Further to that, Ryan has been heavily involved in visiting some of our schools work and also involved in our equality and diversity work.”