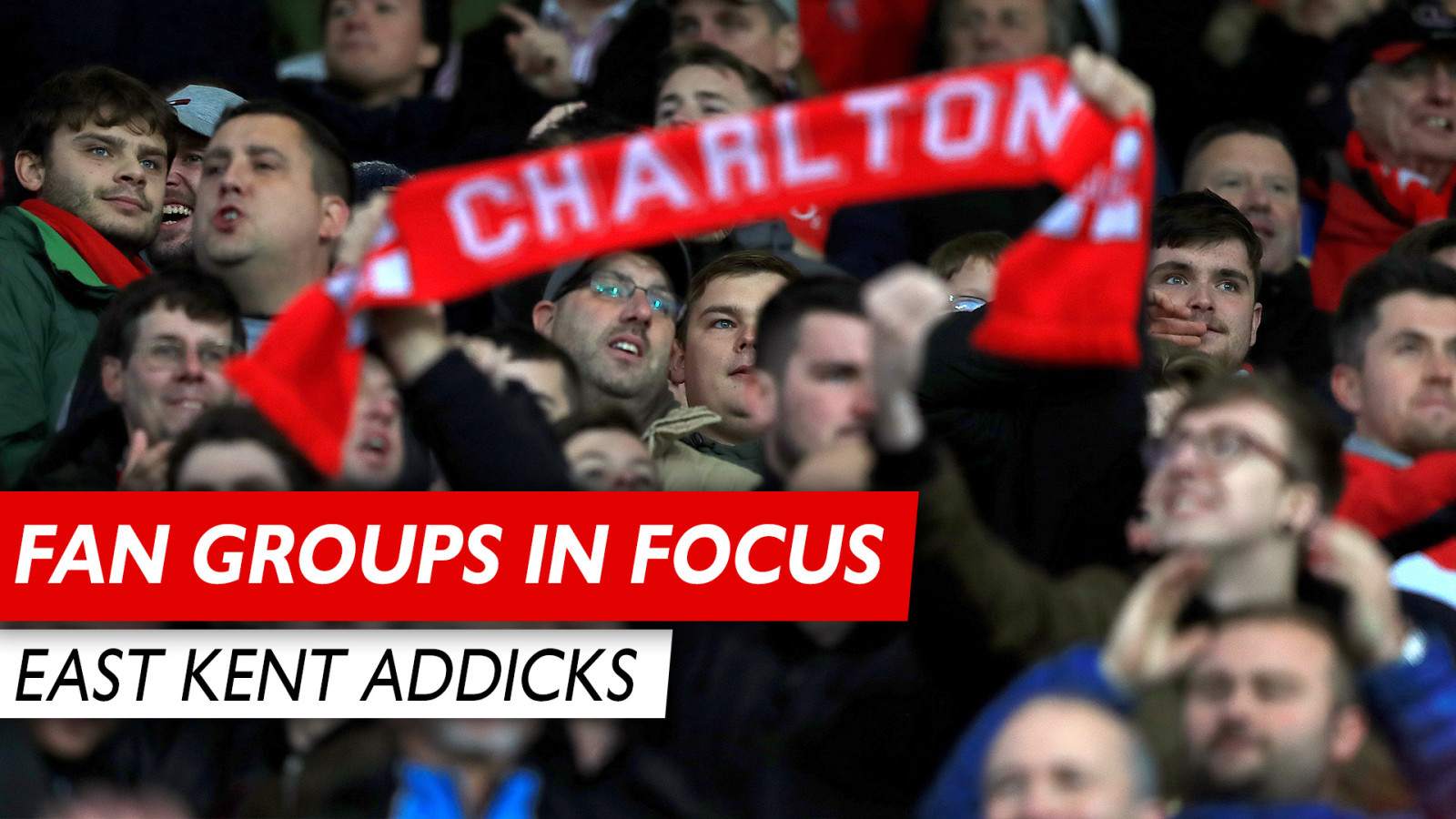 In the first of a new series – where we will find out a little bit more about the supporter groups officially affiliated to Charlton Athletic – we speak to Colin Watson.

If you would like to join or create your own Charlton Athletic fans group, please email fans@cafc.co.uk or click here for more information.

What made you decide to support Charlton ?

I was an Erith lad and started going to Tottenham in 1960 at the age of 12 with a school friend who was a Spurs fan.

When I left school at 15 and started working, I had to pay my way in the world with my £5 a week wages meant I could no longer afford to go to Spurs, so I started going to Charlton.

As a 15-year-old, I, like many, would stand on the huge East Terrace, and I would look over to the small seated West Stand, thinking that one had to be rich to sit in the stand on the west side.

Having joined the Army, REME at 17, this greatly reduced my visits to The Valley.

When I came out of the Army, my trips up to The Valley resumed, including the dreaded trips to Norwood and Upton Park and have been going ever since.

Tell us a little bit about your group

Our free membership consists of mainly the more mature members amongst us, but we do welcome members of all ages, and their valuable input.

We have a Facebook group where our members are invited to post any comments that they wish.

Of course, not all of our members for whatever reason use social media so we are happy to inform those members by other acceptable means.

We try to be a fully inclusive group which means that all our members should have access to information whether or not they can, or choose to, use the various social media platforms.

Before the current situation, we held three meetings a year, plus two dinner nights, where we invited Charlton legends, players, managers and board members to each event plus our AGM meetings, which were held in the Railway Club, Ashford.

We have a full committee who are elected at our AGM by our members. We also attend the Fans' Forum meetings.

We welcome any suggestions from our members on what they would like to see our group do.

We support Valley Gold with two subscriptions, and have made charitable donations to the Upbeats, Tracey Leaburn's prostate cancer charity, and more recently Lee Fender’s shirts for kids.

Our Life President is Keith Peacock.

When was your group established

Our group was formed in 2010 as "The Ashford and Shepway Addicks" and the name was changed in 2013 to The East Kent Addicks.

What inspired you to form the group?

John Commerford, our founder and previous chairman, rightly felt there was a need for a Charlton Athletic supporters group in our part of East Kent.

He arranged an open meeting of Charlton supporters in the Ashford Hockey Club, resulting in the birth of our current group with a full committee being formed.

How many members do you currently have?

Our members are mainly those Charlton supporters who live in Ashford, Canterbury, Folkestone, Hythe, Romney Marsh, Deal, Dover and the surrounding areas.

Currently we have 350 members.

We welcome any new members who wish to join, normally when using Valley Express, word of mouth or by attending any of our open meetings.

How can other Charlton supporters who would like to join your group get in touch?

Anyone who would like to join us, membership is free, can contact our secretary, Peter Catlin, by emailing ekaddicks@gmail.com for details.

What does being officially affiliated mean to your members?

Being an officially affiliated member means that we can access information concerning Charlton events, have access to a fans’ representative, who is a contact link between supporter groups and club, plus hopefully a contact for getting guests, etc.

What plans do the group have for the future?

We fully intend and look forward to getting back to some sort of normality when the current situation has eased.

We will continue to invite guests to our dinners and Q&A meetings.

In the meantime, we will continue to keep our members updated on anything Charlton, either by our Facebook group, email, or phone if required.

What advice would you give to other fans looking to establish groups across the UK and the globe?

To any Charlton fans worldwide, and there are many, who wish to start up a Charlton supporters’ group, get in touch with your local media, radio and newspapers and put it out there. From small acorns giant oak trees grow as the saying goes. You might be surprised.