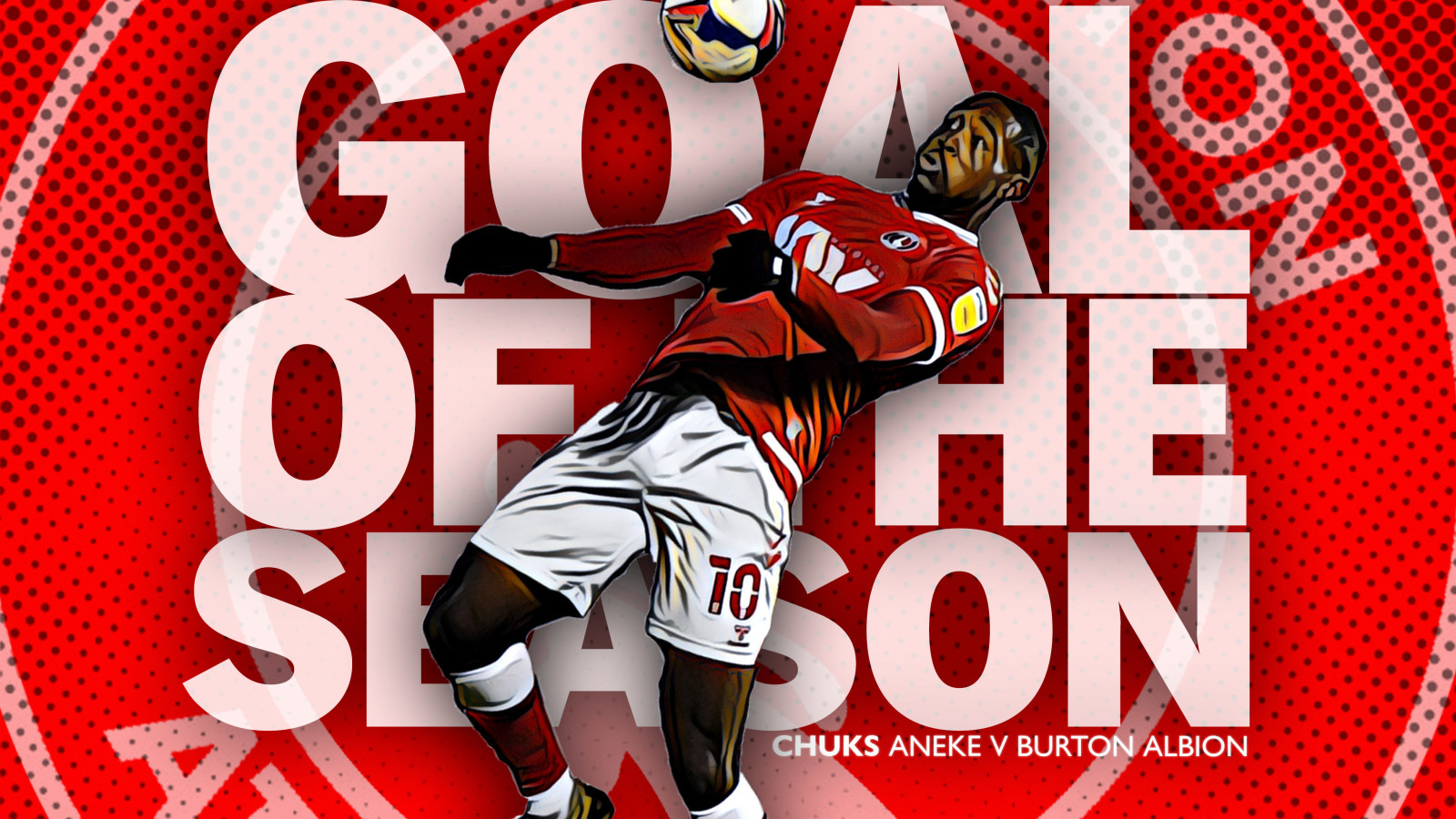 Chuks Aneke's overhead kick against Burton Albion has been voted by supporters as their Goal of the Season for 2020/21.

The striker's spectacular strike in the 4-2 defeat at the Pirelli Stadium in November 2020 won with 39% of fans' votes.

Although the Addicks lost the match, Aneke's goal was the pick of the bunch, controlling Albie Morgan's cross with his chest and, with his back to goal, adjusting brilliantly to send an overhead kick into the back of the net from 12 yards.

Second place went to Marcus Maddison's Boxing Day strike in the 2-2 draw against Plymouth Argyle at The Valley with 25% of the vote, while Conor Washington's top-corner strike in the 5-2 win over AFC Wimbledon at The Valley in December was third with 15%.