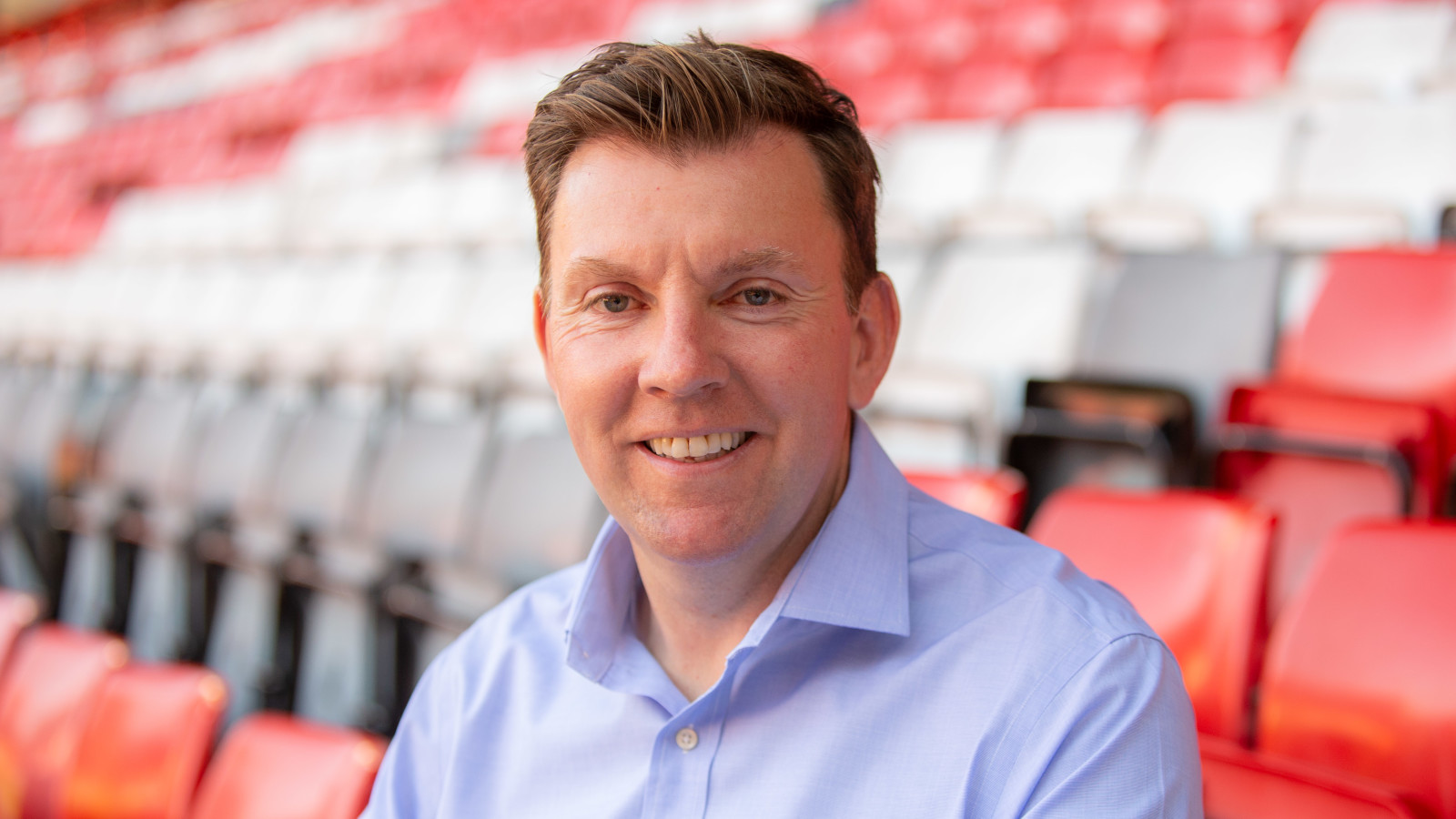 Director of Football Steve Gallen has revealed the club had to move promptly to secure the services of in-demand midfielder Sean Clare.

The 24-year-old, who joins from fellow League One outfit Oxford United, returns to SE7 on a two-year deal, having previously spent time in the Charlton academy.

“I'm really pleased, he’s a good player,” said Gallen, speaking shortly after Clare's arrival was announced. “Somebody who’s only just became available really in the last 48 hours so we moved really quick, but we are well aware of the player.

“Myself, personally, I watched him playing quite a bit for Hearts. I keep a close eye on Celtic up the road and whenever they’re playing matches I try and watch the games, I saw Sean Clare playing and I always thought he looked a good player. Then when he went to Oxford last summer I thought, ‘Oxford have done well there. They’ve kept that quiet and snuck in and got a good player.' So when the opportunity arose, obviously in the last 48 hours, we were ready to strike so I’m pleased we did that.”

Gallen was quick to praise the 24-year-old’s abilities while revealing what Clare will bring to Nigel Adkins’ midfield by way of vigour and dynamism.

“I think the most important thing for him really is his athleticism. He might not like that being said because he might want us to talk about his skill - he’s also a skillful player of course. He’s a good athlete. He can run, he’s box-to-box, he can get on the ball, so he’s a midfielder who can play. He can receive the ball, he can deal with it, he can run with it and then if he plays it out wide he can go and get in the box.

“Even he feels himself really that in the next stage in his career he’s got to go and get some more goals. I think he’s more than capable of that because he’s got the physical attributes to do that. At the end of last summer, I’m looking at midfield and I’m thinking, ‘we need to try and improve that athletically.’ And I think Sean coming in will do that for us.”

Charlton’s Director of Football admitted there is an emphasis on buying young, improving players as part of a long-term strategy though, at the same time, stressed the fine balance that must be struck within the squad in terms of mixing youthfulness with experience.

“I think we definitely have to look at that and the chairman Thomas [Sandgaard] has talked about that as well so I’m well aware of that. But I also recognise, and so does the manager Nigel [Adkins], that we will also need some senior pros around us to guide us. We have to find a bit of a balance really in the next whatever we’ve got left of the transfer window.

“So I would say, yes, we’re looking for younger players and we obviously have a few of our own coming through, and we don’t really want to block their pathway. On the flipside, we’ll need one or two players that are just going to help us through the next year or two, if you want to call it that. I’m looking at a combination of things really; I don’t think anyone should be surprised if we see a younger player like Sean, but also a more experienced player come in as well towards the end to help us this season at least.”

Asked what’s next on the agenda, Gallen said: “The most important thing is we need to strengthen the squad no doubt. We need to improve it with a few numbers, but we need to improve it with quality and we want to improve it with athleticism. I just want to give the manager the tools and every chance he can to help us finish in the top six. That’s my plan. Obviously I speak to the chairman every week, if it’s not twice a week, on recruitment. We talk through all these things - myself, the manager, Ged Roddy [Technical Director] and the chairman. We’re all talking and giving our opinions, and we all decide whether to move for a player. We all agreed pretty quickly on Sean Clare, we were well aware of him."

Click here to get your season ticket and join 9,000 Charlton fans at The Valley.