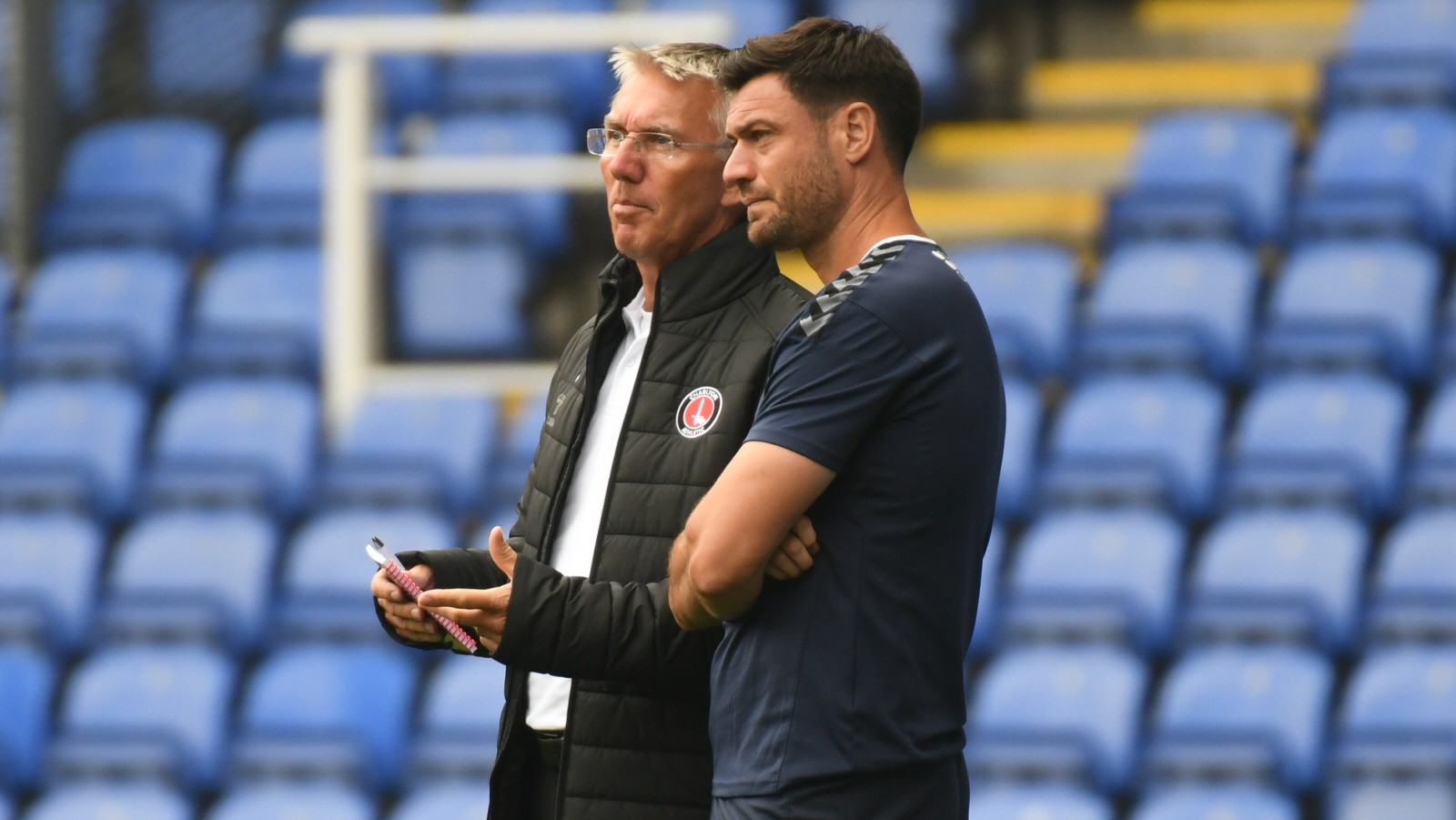 Johnnie Jackson was pleased with the Addicks’ showing in a 1-1 draw against Championship outfit Reading on Saturday afternoon as the side continue to step up their pre-season campaign.

Jackson said: “I’m really pleased with the day. A great test for us obviously against a team in the league above us and a good side that play some good football. It was a good test of our defensive shape and at times they had a lot of the ball and it was like a defensive assessment for us.

“We managed to create a fair bit going the other way and actually finished the game really strongly, thinking we might nick a winner. Really pleased with so many elements of today that we’ve been working on in training. There’s still lots more to do but some really pleasing stuff.”

Charlton’s Assistant Manager was delighted to see Ryan Inniss enjoy his first minutes of pre-season alongside Akin Famewo, while providing an update on the absent Jayden Stockley.

“Obviously it’s been stop-start so far for Ryan [Inniss] as for pre-season,” explained Jackson. “We’ve had to manage him really carefully. Today it was always the plan for him to play 30 minutes as his first minutes of pre-season so I’m sure he was a little bit keen to get a few more, but we’ve made a real detailed plan with him to try and get him to the start line at Sheffield Wednesday. To see him come through was brilliant and the same with Akin.

“Akin’s got a good hour under his belt today as well, again part of the plan to get 60 minutes. We knew what we wanted from each and every player today and they’ve all managed to come through, unfortunately apart from Ben Purrington, who had to come off early with an injury. Obviously we need to take stock on that and reassess, have a look at him and see how bad it is or hopefully not too bad but everyone else has come through fine.

“[Jayden Stockley] had a bad stomach I think overnight. Again we didn’t want to take any chances with him, he’s obviously not had a great night’s sleep. An opportunity for Josh [Davison] to come in and he’s grabbed it. He’s run himself into the ground, he’s done well, his hold-up play was excellent, I thought he brought other players in and you know what you’re getting with Josh. He’s going to run all day and do what you ask, so a great opportunity for him that he’s gone and taken.”

Jackson was thrilled to see the Addicks’ youngsters catch the eye once again in pre-season, with Charles Clayden and Hady Ghandour combining to great effect for the equaliser on 80 minutes.

“Obviously we started back pre-season and the squad was looking quite light, but another way to look at it is a great opportunity for these young lads to go and show us what they can do. Some of them are certainly doing that, Charles [Clayden] being one. When he’s got the pace that he has got you know that he can always come on and have an impact and he’s done that certainly in the games so far.

“He’s come on today and a great goal… Jacob Roddy’s played a great ball down the side for him, Clayden using his pace to get in behind and delivering a great ball and then we’ve got bodies in the box. Josh Davison nearly gets on the end of it, doesn’t quite manage it and then you’ve got Hady [Ghandour] there at the back post with a good finish. Really, really pleased with the goal and the impact that the young lads have had from the bench.”

Next up for Charlton is a trip across south London to Crystal Palace on Tuesday evening, before a trip to Fulham on Saturday to conclude the Addicks’ pre-season campaign ahead of the League One opener on Saturday, August 7th.

“It’s going to be really individually tailored to be honest. We’ll have to see what comes out of today, what niggles and how people feel Monday. Between these next two games we’ll work out what we think is the best plan for each and every player to get them in a position, which is what we’re trying to do, to be on that start line at Sheffield Wednesday that every player is available to us and fit and ready to go.

“It will be a collaboration now between us as coaches, the manager and the sports science and medical team to put together the minutes, the plans for every player that we feel gets the best out of them in the next two games to help us beat Sheffield Wednesday.”