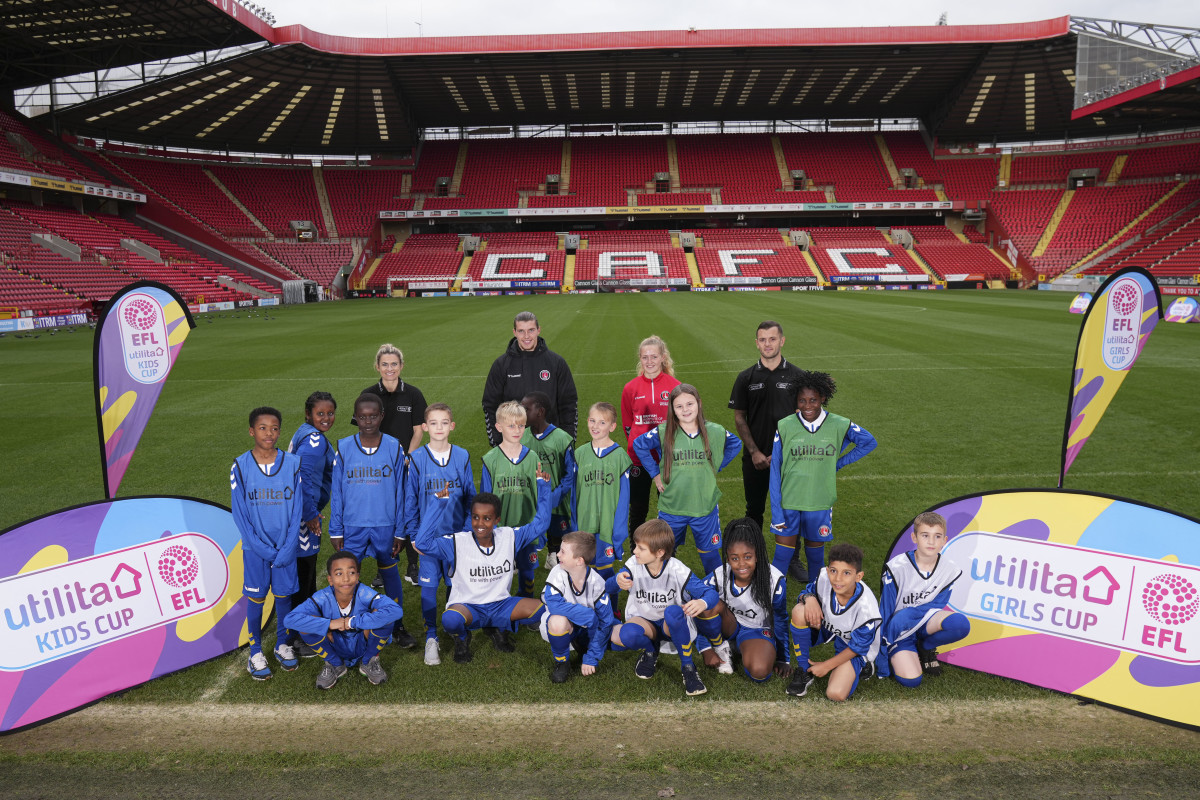 The Valley played host to the Utilita Kids and Girls Cup’s official launch on Wednesday evening.

Addicks duo Josh Davison and Mary Bashford were joined in SE7 by Karen Carney MBE and Jack Wilshere as 16 local school children from Ealdham Primary School took to the hallowed turf for a series of activities to unveil the competition, which will see four finals take place at the home of football.

“I really enjoyed being a part of the launch of the Utilita Kids and Girls Cup,” said Davison. “It was great to see the excitement the kids had for playing on the pitch at The Valley and to see their enthusiasm for the game.

“Everyone dreams of playing at Wembley, so for the winning teams to get to play there is very exciting.”

Bradley Marshall, Charlton Athletic Community Trust’s (CACT) Senior Football and Sports Development Officer, commented: “The kids really enjoyed themselves. They got a Charlton goodie bag on their way out, they got their kit on, got on the pitch, really felt like the VIPs as well as the VIPs that we had here. It was brilliant to see.

“We had Josh Davison, Karen Carney, Jack Wilshere and we also had Mary Bashford; they were getting involved with the kids,” he added. “They got involved in some of the drills that we were doing, some of the fun games that we were doing so I think the kids were really pleased with that, because obviously it’s not every day they get to come and train on the pitch, let alone train with Jack Wilshere.

“In a couple of weeks time we are going to be sending out some information to local schools about our kids cups, a girls cup and a mixed cup as well,” explained Marshall. “Local schools can get involved, come and play at the training ground and then we’ll give out some awards and stuff for the winners and runners-up. And then they get to represent Charlton at a regional competition against other community clubs.”

The Addicks' annual Bring Your Kids For A Quid game takes place at The Valley on Saturday 30 October as part of Young Greenwich Day.