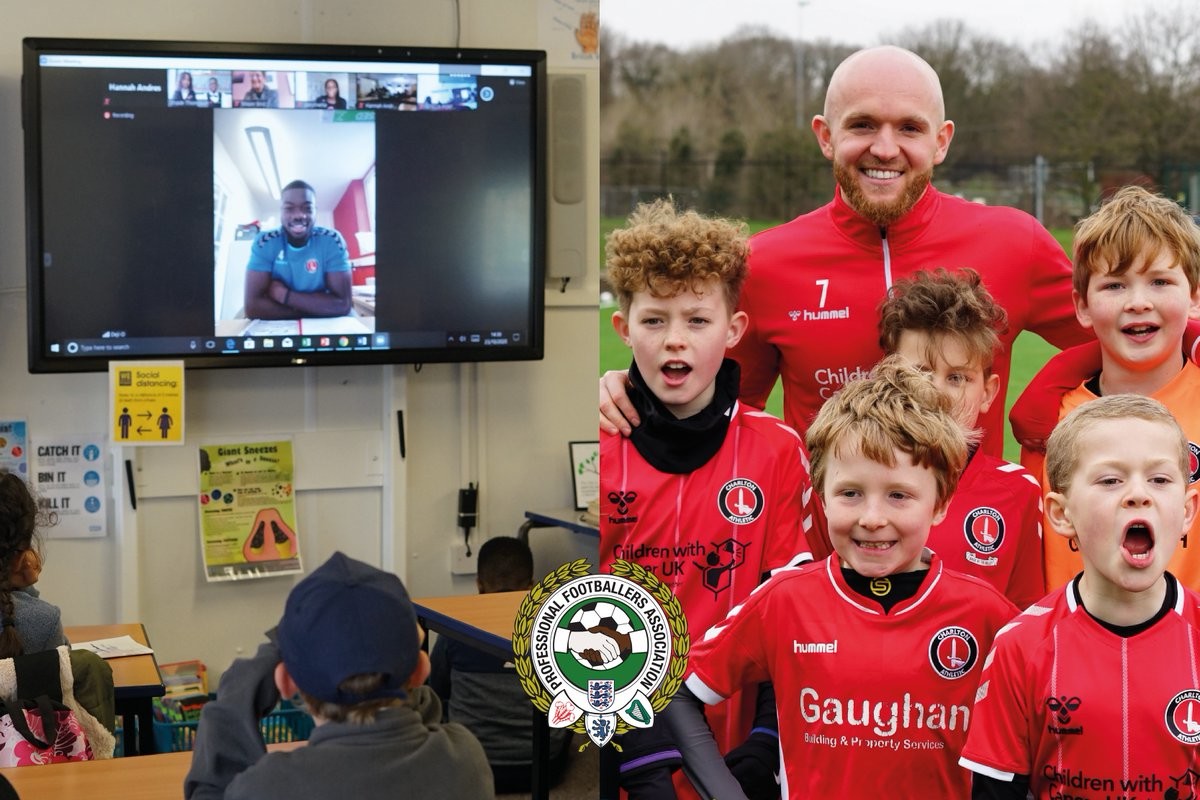 A record eight first-team players have confirmed their support for CACT’s adapted work in the community this season, including last season’s PFA Community Champion Jonny Williams, who will be the Schools Ambassador.

Deji Oshilaja has become the Kicks Ambassador. Deji visited the re-launch of the Premier League Kicks programme CACT delivers last year, having attended the Kicks project himself when he was a teenager.

Deji is one of the players to have already taken part in a virtual player appearance this season, speaking to pupils at Hawksmoor School on a virtual youth-led Black History Inspiration Day alongside Olympian Daryll Neita as part of CACT’s Premier League Primary Stars programme.

Captain Jason Pearce will remain as the Disability Ambassador, as he has been the past two seasons, visiting programmes such as the Charlton Upbeats Down’s syndrome project during that time.

2018-19 PFA Community Champion Darren Pratley will be Girls & Women’s Football Ambassador, and Omar Bogle will be the Equality & Diversity Ambassador.

“I’m proud to have so many players come forward and put themselves down as PFA Player Ambassadors. In these uncertain times it’s important that the players continue to show their support for CACT’s work in the community, in whichever way possible.

“We’ve had a range of good virtual player appearances already this season, including Deji Oshilaja answering questions from young people around Black History Month. And we’re looking forward to working with CACT to fit in as many appearances as possible during the rest of season.”

The full list of PFA Player Ambassadors is as follows: