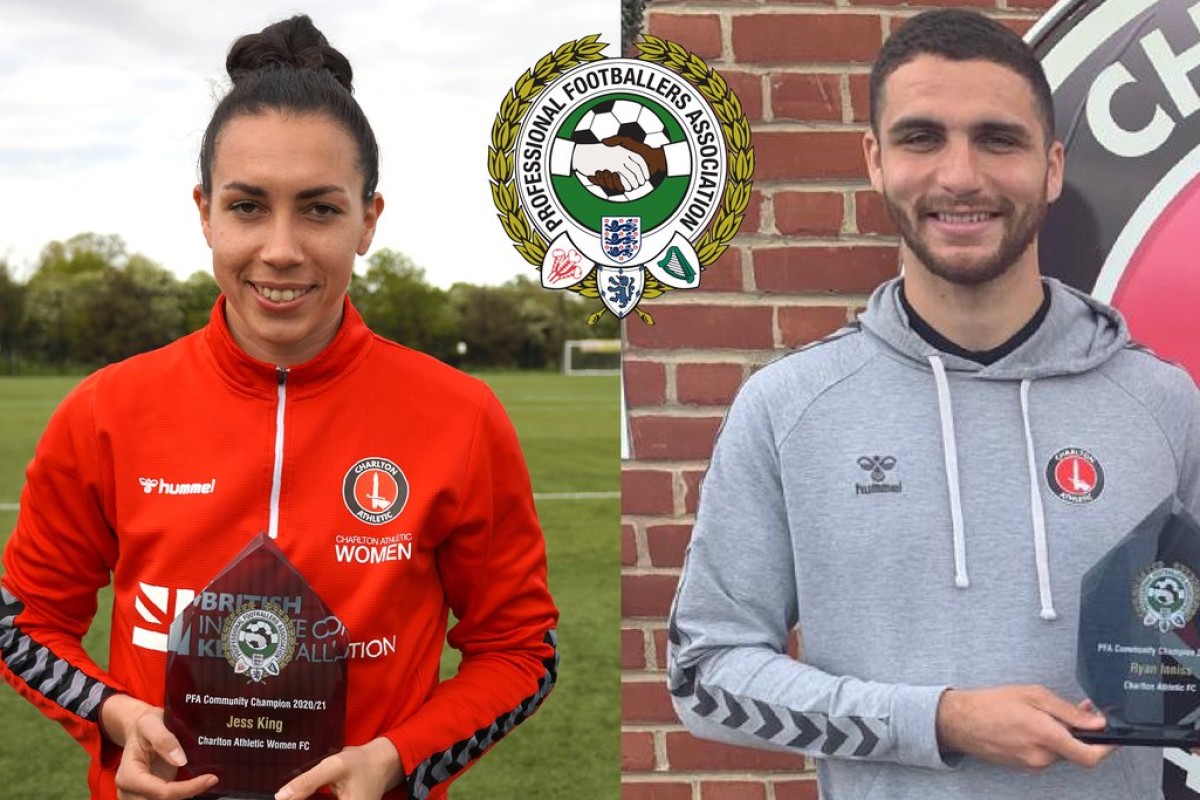 Jess, like Ryan in her first season at the Club, has immersed herself in a range of CACT projects and become a role model for many young people, particularly through her work as a youth mentor.

The 28-year-old forward supported young people in Greenwich and Bexley throughout the season, as well as meeting participants at CACT’s Premier League Kicks tournament, a girls Wildcats session and a Charlton Upbeats training session.

Speaking about being named as this year’s PFA Community Champion, Jess said:

“I was really surprised when I won this award, but really humbled and grateful for the opportunity that I get to go out and work in different communities and hopefully make an impact.”

Defender Ryan Inniss also involved himself with a range of CACT projects.

Carl Krauhaus, CACT’s Head of Early Help and Prevention, described Ryan as a “hero” to the Upbeats.

Ryan, 25, in particular engaged with the Upbeats project this season, organising a Zoom Q&A during lockdown and the popular dance-off competition, where his teammates learnt Upbeat celebrations. He met the Upbeats in person on the day of the Upbeats Walk.

“I’d like to thank both Jess and Ryan for their engagement with CACT this season, in difficult circumstances.

“Despite Covid-19 affecting in-person player appearances for the majority of the season, both still went above and beyond to ensure they participated with community programmes and I’m very thankful for that.

“They both deserve to be named PFA Community Champions and I look forward to them visiting more of our programmes again in the future.”