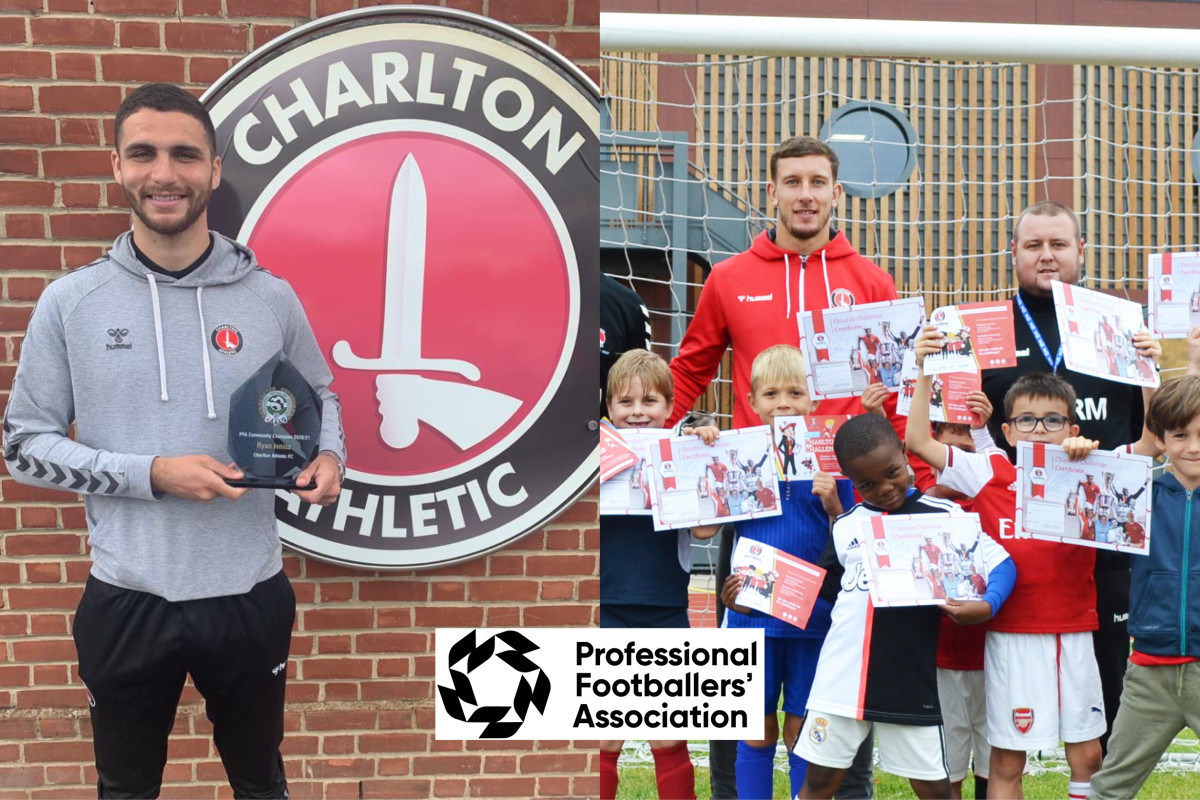 Charlton Athletic Community Trust (CACT) is delighted to confirm that eight men’s first-team players have committed to support its work within the local community this season as Professional Footballers’ Association (PFA) Player Ambassadors.

These include 2020-2021 Community Champion Ryan Inniss, who will be the Mental Health and Wellbeing Ambassador. The defender, 26, has previously engaged with programmes such as the Charlton Upbeats Down’s syndrome team, which he organised a Zoom Q&A and dance-off for during lockdown.

Fellow centre-back Jason Pearce has actively supported CACT’s work throughout his time with the Club and will continue his role of Disability Ambassador this season. Pearce, 33, has been involved with the Upbeats project and other disability teams, as well as CACT’s newly relaunched Charlton Challenge sessions, and various holiday football courses.

Josh Davison will take over the role of Social Inclusion Ambassador this season, and recently spoke about the importance of players supporting CACT’s Street Violence Ruins Lives work at the dedicated themed matchday on Saturday 11 September.

Summer signing Sean Clare will take on the role of Kick it Out/Show Racism the Red Card Ambassador this season.

Jayden Stockley will take on the role of Women’s Football Ambassador, following Charlton Athletic Women going professional for the first time this summer.

“We are delighted to see the interest so many players have in the work we do here at CACT and look forward to working closely with Player Ambassadors and all who are keen to engage with our programmes.”