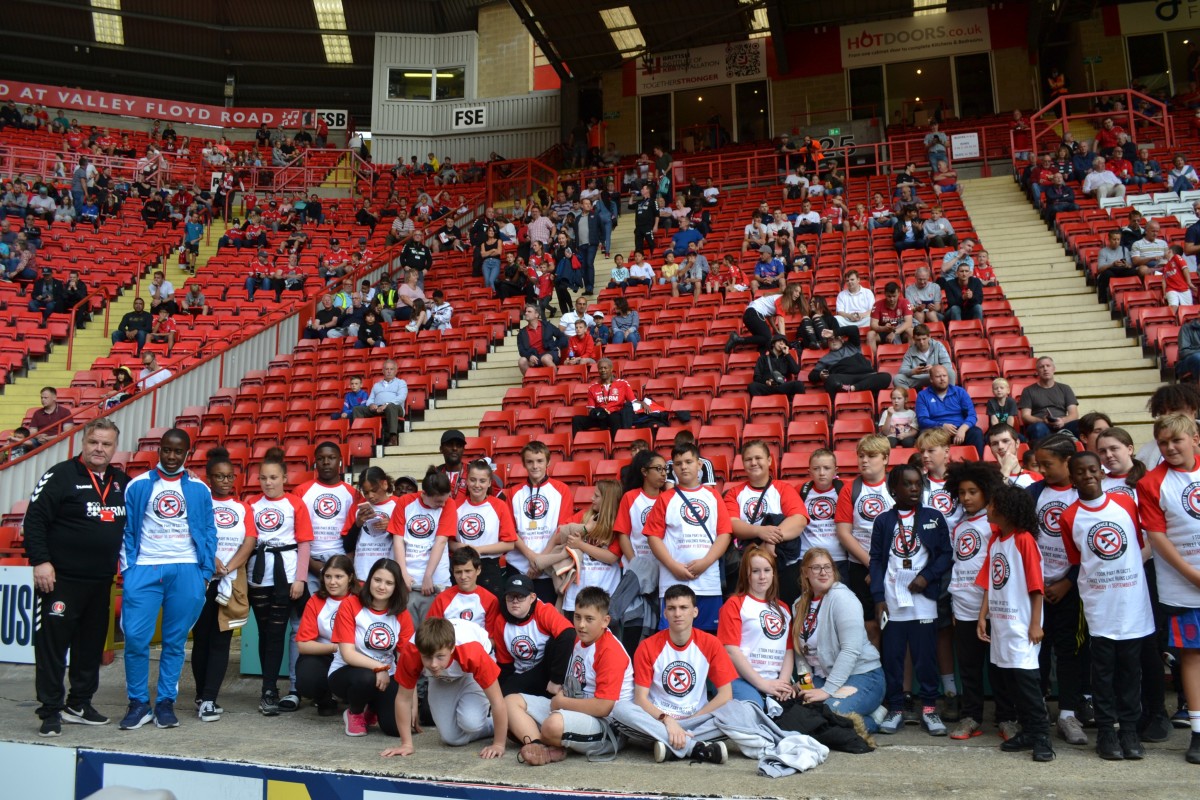 The SVRL initiative raises awareness of the serious consequences of weapons-related violence amongst young people through the experiences of the Knox family following the death of Rob Knox in 2008.

Charlton Athletic players wore t-shirts to promote the SVRL campaign and CACT’s work in the local community as they ran out of the tunnel. A video played at half-time showcased the activities that took place earlier in the day and how CACT’s crime reduction work has grown in recent years, particularly since 2019 when CACT published a new SVRL strategy and received funding from the Mayor of London, local authorities and Peabody Trust.

Danny, one of the young people who attended SVRL Day, first got involved with CACT a few years ago and credits SVRL with helping to “keep me off the streets”. Danny says he has been regularly attending sessions with CACT for a few years:

“I used to come to a few of their [Premier League] Kicks sessions on Friday as it was at my local school. And then over the past few years, I’ve become a youth ambassador and I’ve formed a great relationship with them”.

“What a fantastic day! We were delighted to welcome 60 young people from CACT to our Go Kart Track and Putt Club at TeamSport Docklands. They were polite, well-mannered and a lot of them were awesome at karting and golf too! Many thanks to the CACT team who were brilliant and do a fantastic job at supporting in the community with such passion. Looking forward to organising even more collaborative events between TeamSport Indoor Karting and CACT”