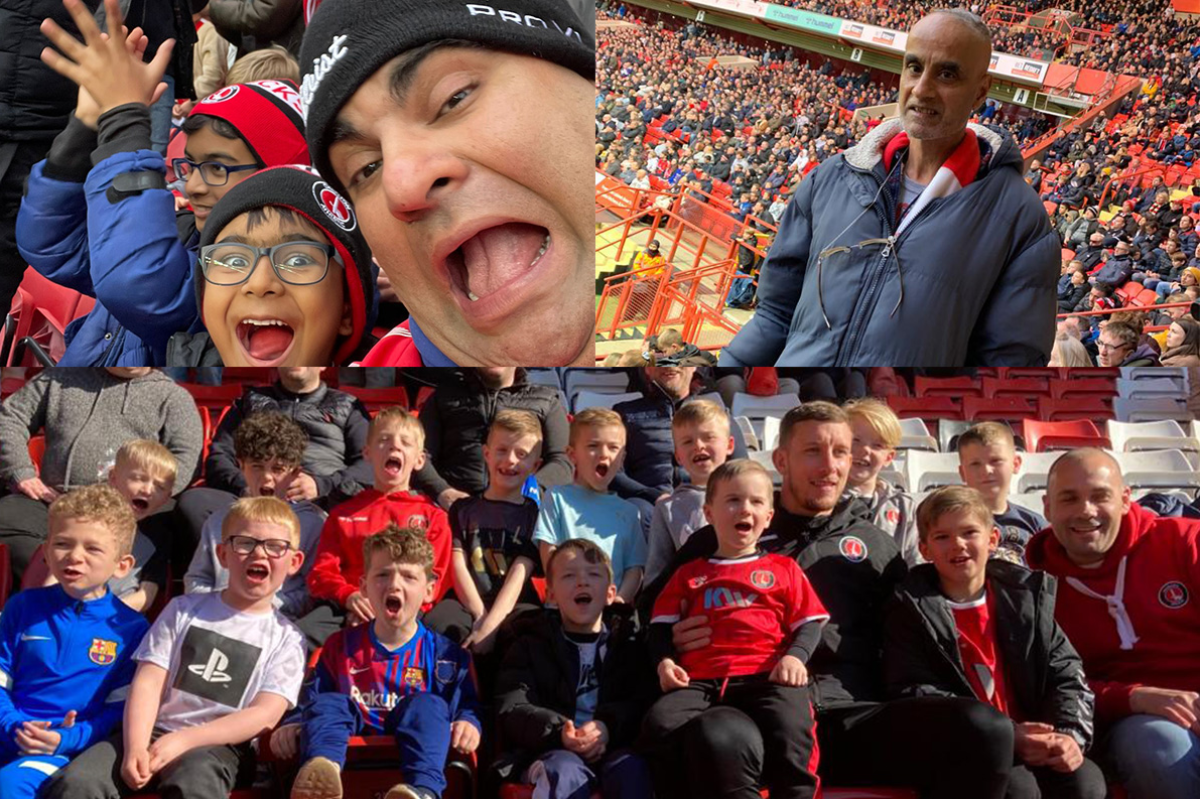 The Community 500 scheme sees Charlton Athletic Community Trust (CACT) distribute tickets for each home game to a wide range of participants and their families, from individuals who attend holiday football courses and the Young Greenwich youth service, to those from men’s health programmes and local community groups.

CACT works with Kent & Medway NHS & Social Care Partnership Trust (KMPT NHS) to deliver a range of mental health programmes. As part of a programme of wellbeing activities for KMPT NHS staff, the Club provided them with 300 community tickets against Burton Albion on Saturday 19 March.

Kylie, who works as a Locality Co-ordinator for KMPT NHS, was incredibly grateful for her tickets to Saturday’s match. She said:

“It was lovely to feel the family atmosphere at the stadium especially in the community stand.

“Charlton should be very proud of supporting the community that way and it was lovely to take a day out of life in what can be a very hectic and emotionally charged line of work.”

NHS colleague Sue brought along her grandchildren to the game, which for two of them was their first experience of being in a stadium. Sue said it was a “marvellous afternoon of entertaining football” and she found everyone she came across to be “friendly and supportive”.

“We all really enjoyed the day. I got the sense of a real community club, which is a refreshing change from the Premier League hype.”

As usual, Community 500 tickets were also given to a range of other groups via CACT’s seven departments.

“The Community 500 tickets have helped the Charlton Masjid bring together the young and the old. Some members had never been to any live football matches, and it was a great experience for them. The tickets also brought together members from different countries.”

Charlton’s new Matchday Experience package also utilised the Community 500 tickets ahead of the Burton Albion game. A Matchday Experience involves a group of young people coming along to Charlton Athletic’s Training Ground in New Eltham for a training session with a Charlton coach followed by heading to The Valley to cheer the Addicks on.

Riverview Football Club, a local team from Gravesend, enjoyed their experience on Saturday, and met a special guest.

“I want to thank everyone involved in arranging and making the experience on Saturday so special for the boys from Riverview Football Club.

“We were lucky enough to meet Jason Pearce before the match! Our Coach is a lifelong Charlton supporter and so are a few of the team, so when Jason walked up to our seats it was great to see all those faces. Hopefully you have helped to create 15 lifelong Charlton fans!”

Toby Teverson-Greig, who facilitated the experience on behalf of CACT, said:

"The Riverview team who attended the Burton Albion match were a brilliant group of players and supportive parents, who thoroughly enjoyed their matchday experience.

"They were very grateful for the Community 500 tickets which helped make their trip possible, and they were delighted with nice little touches such as having the opportunity to meet club captain Jason Pearce."

As part of Charlton Athletic’s Fill The Valley initiative, CACT is allocated 500 tickets to every home game to encourage people in the communities it serves to come along.