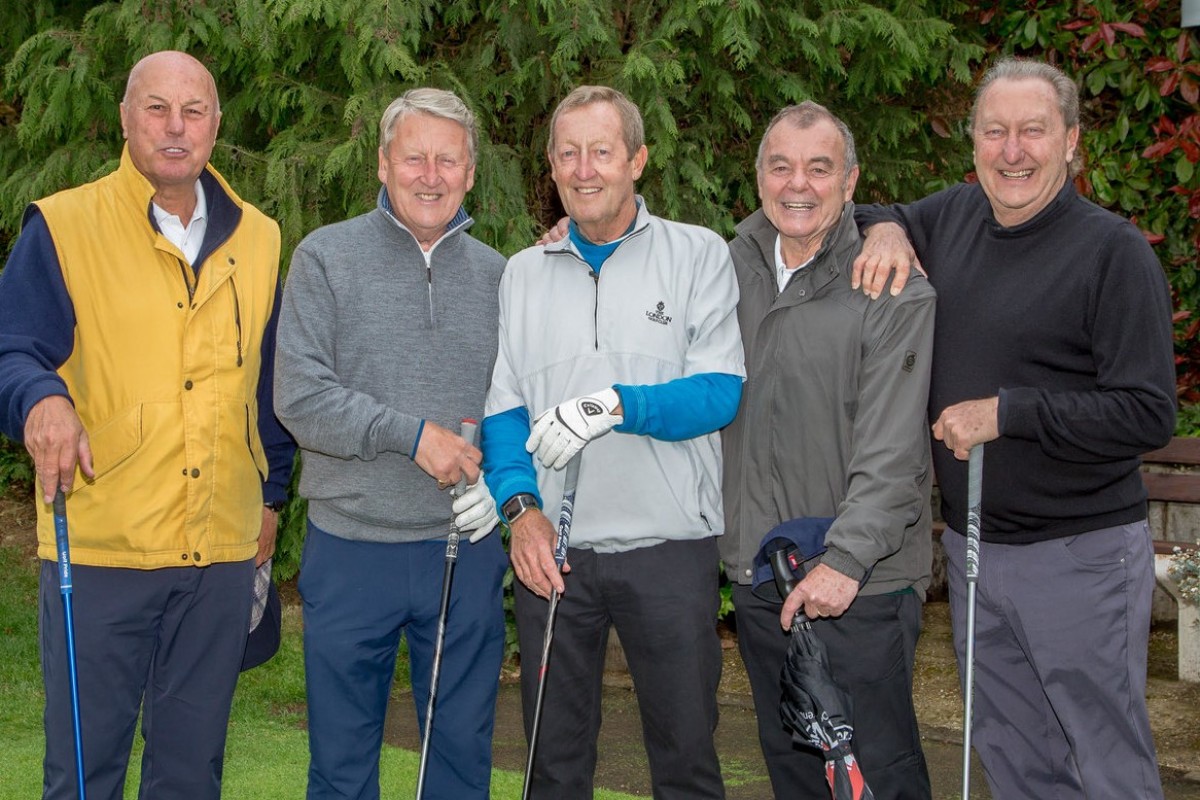 A whole host of Charlton legends took part in Keith Peacock’s annual golf day to raise more than £15,000 for Demelza House Children’s Hospice and an early intervention and psychosis programme run by Charlton Athletic Community Trust (CACT). The event was part of a calendar to mark the 25th anniversary of the foundation of the community scheme at Charlton Athletic.

Keith, a long-serving Charlton midfielder and Assistant Manager, was one of the club’s many former players in attendance. Others included Scott Minto, Paul Walsh, Mike Bailey and Steve Brown, who joined current stars Johnnie Jackson, Chris Solly and Dillon Phillips out on the course.

Keith said: “It was a very successful day, the most successful we’ve had. Financially, it all went very well and we were able to help two great charities.

“Everyone had a good day, especially Tony Cascarino, who won the individual prize and smashed down his handicap for next year.”

The former Millwall, Chelsea and Republic of Ireland forward beat off competition from Mark Penfold and Derek Hales, who are “always in the running for the crown”, Keith added.

All-time Charlton leading scorer Hales and right-back Penfold played for the Addicks in the 1970s alongside Keith.

The event was held at Sundridge Park Golf Club in Bromley, which CACT has long enjoyed a relationship with, and Keith was keen to thank for their continued support. CACT CEO Jason Morgan MBE also took part, while Terry Mancini, the ex-Arsenal and Queen’s Park Rangers centre-back, made a guest appearance.

Money raised on the day mostly came from auctions, raffles and donations. One of the beneficiaries, Demelza, has long been one of Charlton Athletic’s favoured charities. It provides care and support for seriously ill babies and children across South East London, Kent and East Sussex.

CACT’s mental health programme, supported by Oxleas NHS Foundation Trust, is also benefitting from the day. The money will part-fund a new project, which comprises two residential trips to Falmouth for clients accessing the early help and psychosis programme who are at advanced stages of their recovery.

A total of 16 people across two groups will spend three nights in Cornwall doing therapeutic coastal activities such as coasteering, kayaking, stand up paddle boarding and fishing.

The £7,500 allocated to CACT covered most of the trip costs, with the remaining 30% provided by Greenwich Action for Voluntary Service (GAVS).