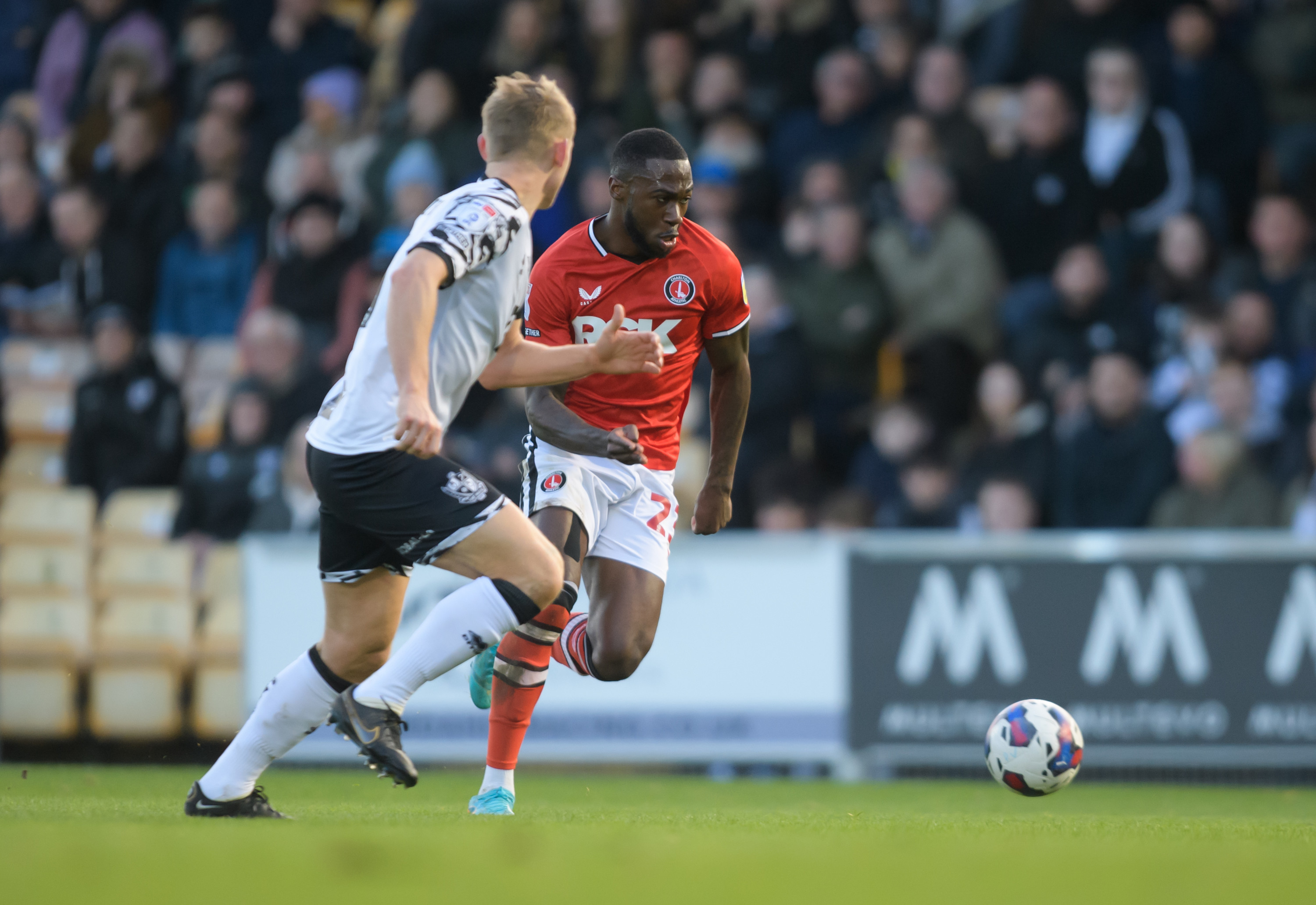 An injury-hit Charlton fell to a 1-0 defeat in a scrappy game at Port Vale.

Ben Garner watched on from the gantry, serving the first of a two-game suspension, but despite some late pressure the Addicks, his side were unable to get back into the game after Dan Butterworth’s second-half strike.

Ashley Maynard-Brewer, who returned from a loan spell at Gillingham this week, made his league debut for the Addicks as Garner made three changes from the team that drew with Burton Albion last weekend. Sean Clare and Corey Blackett-Taylor also returned to the side with Charlton starting in a 4-4-2 formation.

Some early pressure from Charlton resulted in a penalty appeal when Charlie Kirk’s shot at goal was blocked by a Port Vale defender, with claims from the Addicks that the ball had struck his arm.

The best chance of a first half where Charlton dominated possession fell to Steven Sessegnon on the edge of the Port Vale area, but his placed effort was blocked behind for one of Charlton’s five first-half corners.

The home side created more to start the second half and took the lead when Butterworth was first to a bouncing ball and managed to find the bottom corner with a low shot despite pressure from three Charlton defenders.

Chuks Aneke came on and nearly drew Charlton level but he wasn’t quite able to control his left-footed shot from George Dobson’s clever pass.

The Addicks moved to a 3-4-3 formation as Garner’s side pushed to get back into the game.

Chasing a leveller, Garner made further changes and Jack Payne saw an 89th-minute shot tipped over the bar from goalkeeper Jack Stevens but that was to be the closest Charlton would come to a leveller.