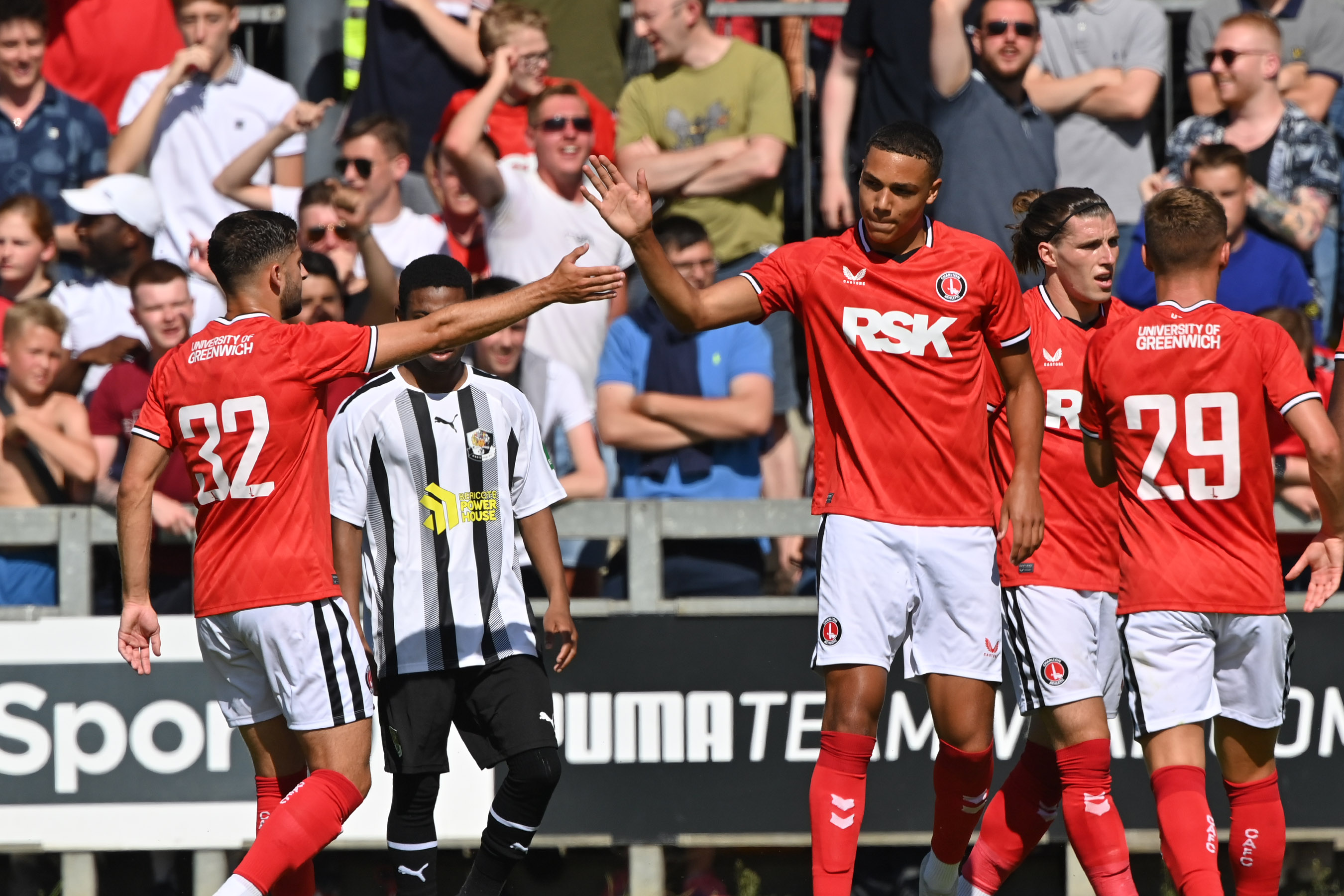 Charlton kicked off their domestic pre-season campaign in style on Saturday afternoon, hitting Dartford for six at Princes Park.

It was a memorable afternoon for second-generation Addick Miles Leaburn, who scored a brace - with Charlie Kirk, Jayden Stockley, Sean Clare and Deji Elerewe all on the scoresheet, too.

The Addicks controlled possession from the outset at Princes Park and, after an evenly-contested opening 28 minutes, crafted the game's first opening of note.

Scott Fraser breezed past a Darts defender, drove into the box and unleashed a low drive, though the midfielder's effort was saved by Dan Wilks.

Moments later, Diallang Jaiyesimi nodded Albie Morgan's corner back across goal for Stockley, only for the ball to evade the Addicks' number nine.

Morgan was the protagonist for another Charlton chance soon after, this time picking out the advancing Charlie Kirk, who cut in from left flank and fired home a low strike at the near post to give the Addicks the lead. 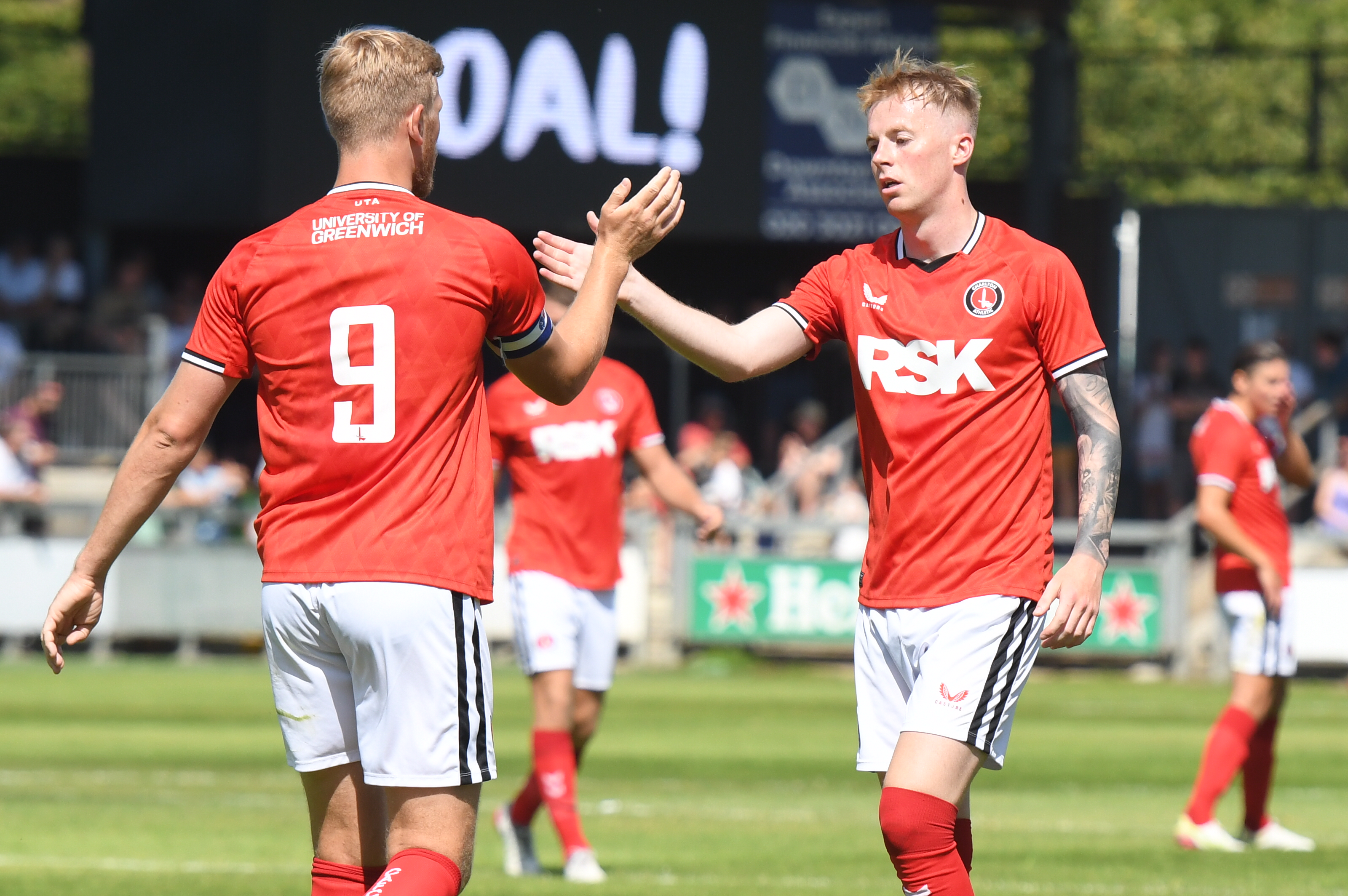 On the stroke of half-time, the hosts drew level in somewhat fortuitous fashion, as Samir Carruthers' cross ricocheted off the head of Stockley and looped in.

Charlton restored their lead eight minutes after the interval, with Jaiyesimi's pressure paying dividends. The winger dispossessed Kristian Campbell on the byline and squared for Stockley, who, after scuffing his initial attempt, rolled the ball home.

Ben Garner made 10 changes just after the hour-mark and subsitute Leaburn made an immediate impact, latching onto Chuks Aneke's well-weighted pass, cutting inside and calmly stroking the ball past the Darts' stopper.

The Addicks were given a golden chance to extend their lead minutes later, as Josh Davison was brought down by the hosts' goalkeeper after racing onto Clare's pinpoint diagonal ball.

And Clare made no mistake from 12 yards, coolly placing the ball home.

Leaburn was in the right place at the right time to add his second and Charlton's fifth on 72 minutes, tapping home from close range after Ryan Inniss' header had been saved.

Only the heroics of Theo McKenzie prevented Leaburn from bagging a hat-trick, the substitute hacking the forward's effort off the line after Alex Gilbey had struck the foot of the post.

Academy graduate Elerewe rounded off a ruthless performance from the Addicks three minutes from time, reacting quickest to lash home from six yards after Davison's effort cannoned off the crossbar. 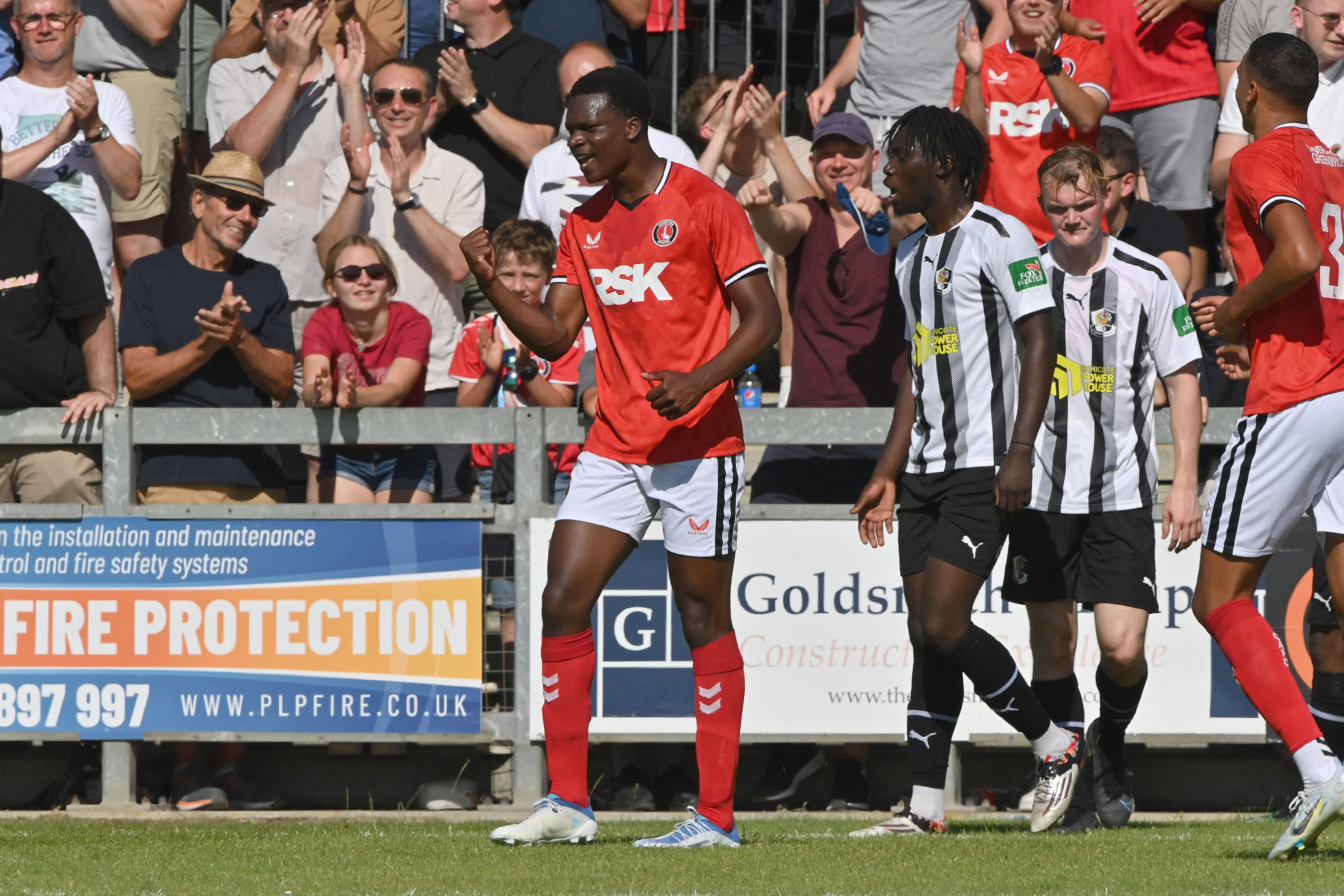