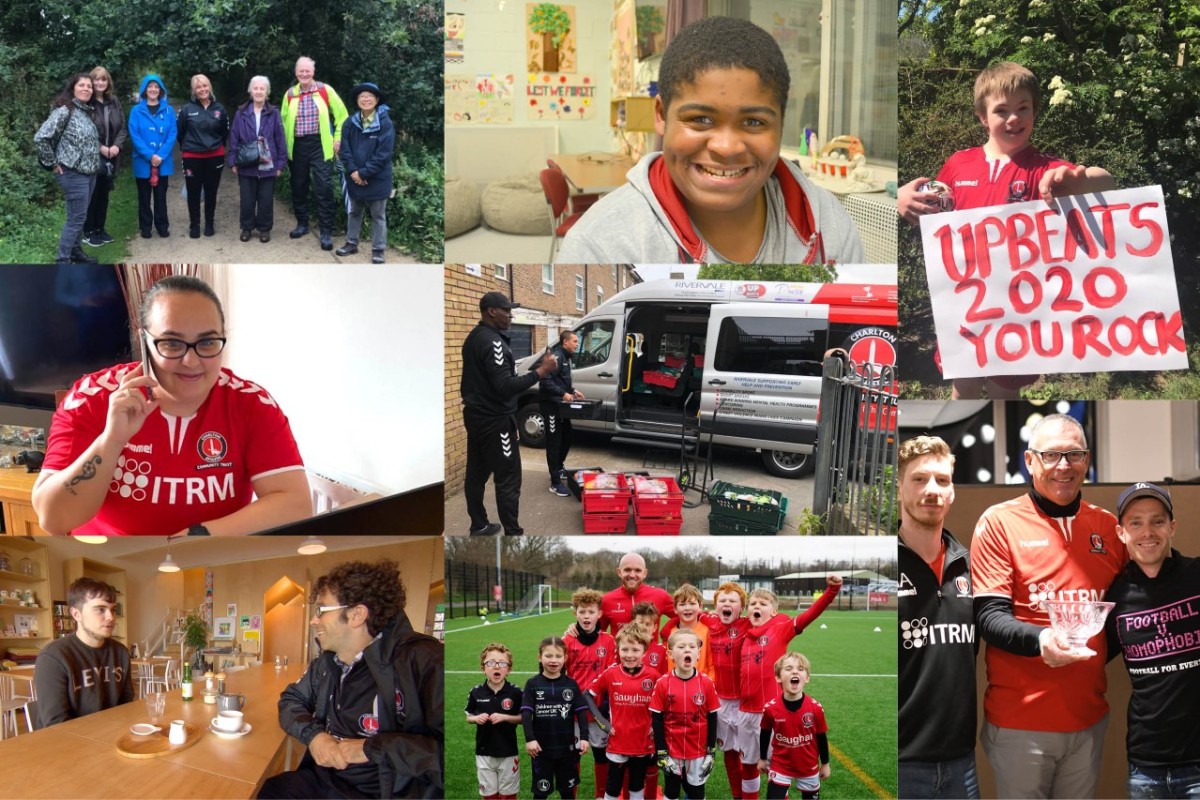 On Wednesday 14 October, Charlton Athletic Community Trust (CACT) published its Annual Report, celebrating the achievements from the past year.

CACT held its annual CACT Awards virtually on Tuesday 13 October, highlighting key staff, participants and partners for their outstanding work in the community.

The new Annual Report shows CACT worked with 46,778 people across its seven strands of work in 2019/20, and committed over £5.8 million of expenditure on charitable activities.

The Annual Report shows that in 2019/20, a total of 2,600 hours of traineeships took place. One trainee was highlighted at the CACT Awards, being named Participant of the Year (Over 18).

19-year-old Malcolm Ukeje thrived after taking part in CACT’s traineeship programme, securing a 20-month Photojournalism programme with Ernest Simons and is now also on a college course focusing on photography.

in partnership with the London Borough of Bexley, Royal Borough of Greenwich, Mayor of London, the Premier League and Peabody Trust.

CACT Kicks & Mentoring Officer Jay Adam was Highly Commended at the CACT Awards for his contribution as part of the organisation’s Street Violence Ruins Lives work.

“Being nominated by my manager for the work I’ve done for CACT is brilliant. For me, it’s deeper than that… it’s very, very rewarding and to be recognised for it feels good,” he explained.

The Health Improvement Team secured 5,281 blood pressure checks within this period, working in conjunction with the Royal Borough of Greenwich and the British Heart Foundation.

Health Improvement was also busy this year setting up the Royal Borough of Greenwich’s Community Hub to support vulnerable residents following the COVID-19 outbreak. The Hub starred at the CACT Awards, scooping three awards, including Team of the Year for all volunteers, staff and partners involved.

Young Greenwich, the youth service CACT delivers on behalf of the Royal Borough of Greenwich, had 6,192 unique attendees in 2019/20.

One youth worker, Grace Kane-Smith, was Highly Commended at the CACT Awards for her commitment to the youth service.

“I am incredibly proud of the team at CACT – staff, trustees and volunteers – who have pulled together during the pandemic to show just how much they care by providing much needed support and services during a difficult period.

"My thanks to all staff for their dedication and commitment in delivering some incredible work."