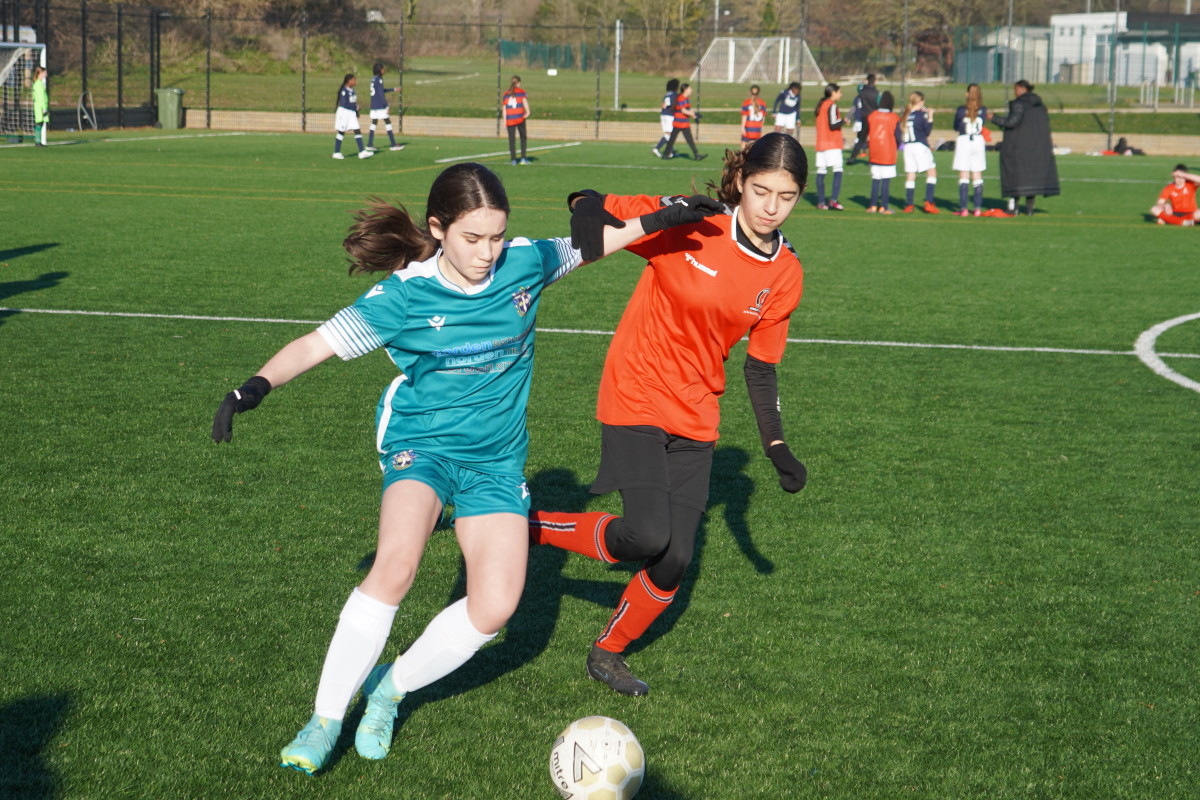 Over 40 young girls came down to Charlton Athletic’s Training Ground for the area finals of the EFL Girls Cup last week.

After winning the first stage of the tournament against other schools in the area, each of the six teams represented their own local EFL club.

One of Charlton’s young footballers said:

“It was really fun playing the games and even though we lost some, it was still really fun!”

The team from Surbiton High School representing AFC Wimbledon came out on top, winning all six of their games against tough competition. They will now go onto the regional finals with their eye on a place in the national finals at Wembley.

Both the Utilita Girls Cup and its sister competition the Utilita Kids Cup are six-a-side competitions which are inspiring children to be active, healthy and develop a strong sense of teamwork. Charlton Athletic’s Jason Pearce, Sam Lavelle and Ella Rutherford visited previous rounds of the tournament Charlton hosted.

The Kids and Girls Cup has engaged over 250,000 children since its inception in 2007 and has previously inspired the likes of Manchester United midfielder and Scotland international Scott McTominay and Crystal Palace midfielder Will Hughes who both represented their schools and got their first taste of Wembley success in the competition.

“Congratulations to the AFC Wimbledon team for not only winning the tournament but also for winning all 6 of their games. Good luck in the next stage of the competition!

“We all had a great day and there has been some excellent football on show. Well done to all the teams who came along.”

“The positive impact of EFL Clubs in their communities goes far beyond 90 minutes on the pitch and the Utilita Kids and Girls Cup is testament to that. EFL Clubs are in the heart of their communities and with 80% of people in England and Wales living within a 15-mile area of an EFL Club, they have the platform to inspire and make real positive and lasting change in society.”