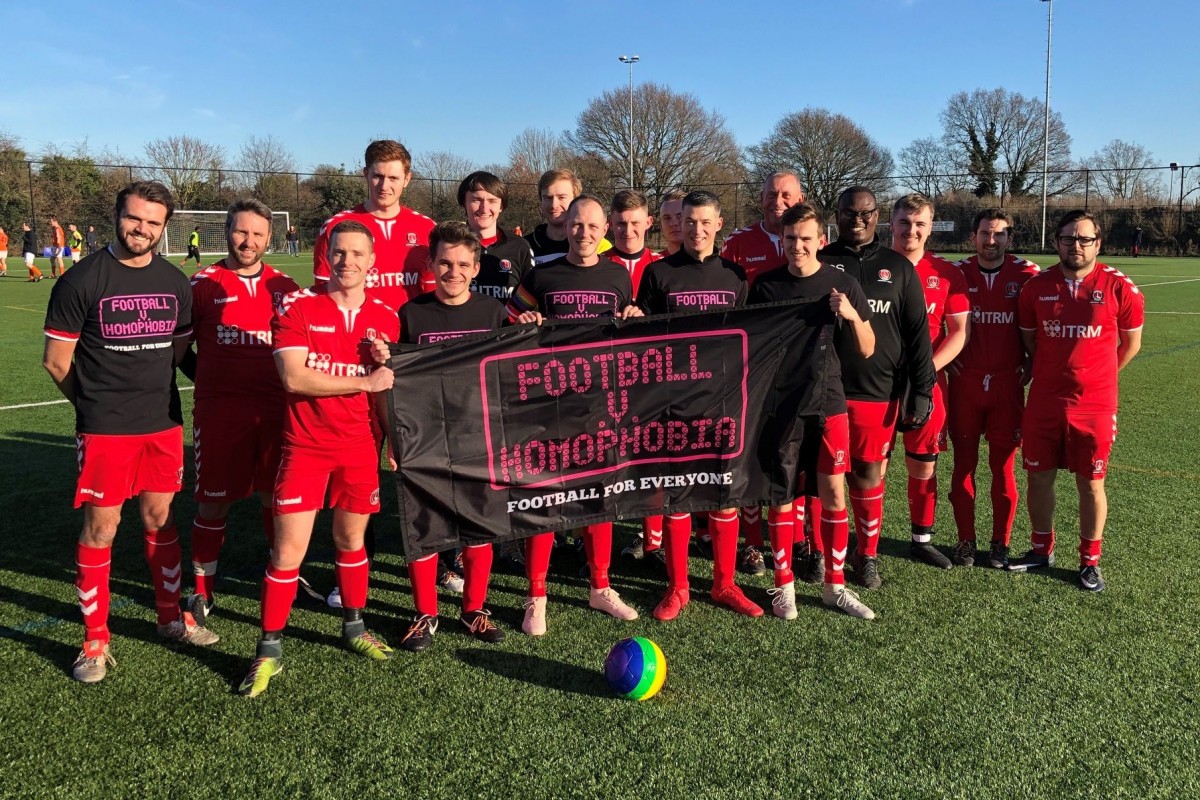 Following that game, Invicta have been invited to take part in a special match against Kent FA staff on Friday 22 February to support their work around the 2019 Football v Homophobia campaign.

CIFC are the only LGBT+ football team to be affiliated to Kent FA. The match will take place at Kent FA’s Headquarters in Cobdown Park, near Aylesford, kicking off at 6.30pm.

On Saturday, ahead of Charlton’s game against Southend United, CACT Invicta will take part in a pre-match penalty shootout with the Proud Valiants, Charlton’s LGBT+ supporters’ group.

CIFC and Young Greenwich partners METRO Charity have been invited to a post-match reception where former Charlton player Paul Mortimer will be made a Patron for the Proud Valiants and will give a speech on equality and diversity.

In 2017, CACT became the first professional football club’s community trust in the UK to affiliate to an LGBTQI+ friendly football team. Since then, CACT Invicta have enjoyed a hugely successful 18 months, increasing membership winning the league in their first ever season affiliated.

In July 2018, Charlton became the first professional football club to have a float at Pride in London, with more than 75 people marching alongside a themed minibus, including Invicta players, members of the Proud Valiants and University of Greenwich students.

“Invicta are taking part in a number of events during February, including their dedicated Football v Homophobia fixture against Soho FC, attending Charlton’s fixture against Southend United and playing a special friendly against a Kent FA staff team.

“We are delighted to show our support for such a fantastic campaign.”

“We’re delighted to confirm that as part of our equality and inclusion work as part of the Football v Homophobia Month of Action, our LGBTQI+ friendly team CACT Invicta are playing a Kent FA staff team.”