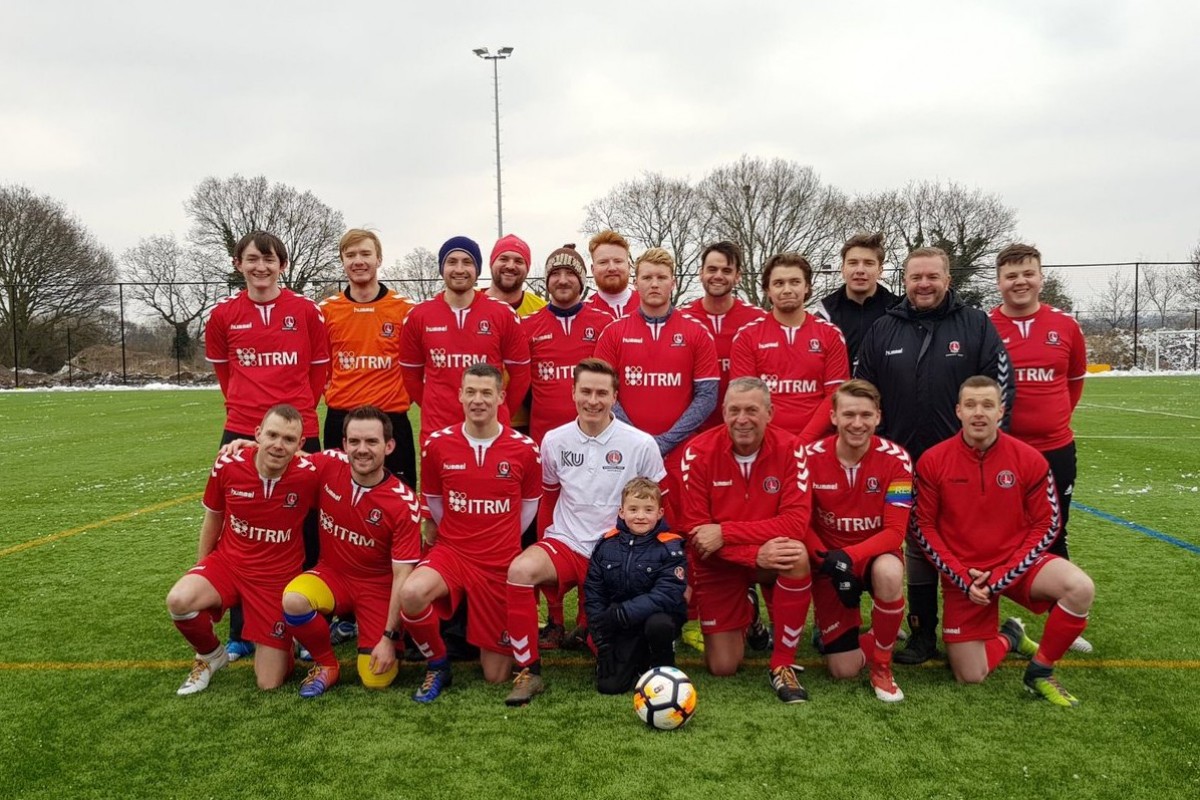 The launch awarded CIFC the benefits of use of the facilities at Sparrows Lane, Charlton Athletic’s training ground, and their very own Charlton kit.

CIFC is now a key part of CACT’s wider equality, diversity and inclusion offering, supported by the Charlton Athletic Racial Equality Partnership, which has also led a range of anti-racism initiatives since it was formed in 1992.

Ahead of the season, things looked bright for CACT Invicta.

Player-manager and Charlton fan Gary Ginnaw reflects on the first season as CIFC:

“I’ve been a Charlton fan for 20 years so it made me incredibly proud when we became affiliated and part of the Charlton family. To have people like Johnnie Jackson at the launch supporting us was fantastic,” Ginnaw explained.

With a new brand established, Ginnaw had his sights set high as the 2017/18 season began.

“I wouldn’t be wrong in saying we had set out to try and win the league. Anyone can say they want to win the league but doing it is the hard part. We knew the re-branding would make us a target for teams to want to beat us. Being the first LGBTQI+ friendly team to formally affiliate to a professional football club, obviously everyone’s going to try and want to beat us.”

The fixture list wasn’t kind to CACT Invicta at the start of the season, and their first three games threatened to either make or break their year. Their first match was away to last season’s champions, London Falcons. An end-to-end affair, it finished 4-4, a hard-earned, valuable point.

CIFC’s second game of the campaign was one of Ginnaw’s most memorable, as it was the first time the team had worn Charlton’s red kit and their first home game at Sparrows Lane as a formal part of CACT.

“We won comfortably [against Titans 2Brewers], it was a special occasion. We had lots of supporters down, got the win and our season was up and running,” Ginnaw said.

The third of CIFC’s 16 games was against London Romans, who had won the league five out of the last six seasons, and this could prove whether or not CIFC could be serious title contenders.

“We won 4-2 and that was probably our best performance of the season. From that day, people knew we had to be taken seriously.

“We went top of the table on 19 November, for the first time in the club’s seven-year history. We only got stronger from that point onwards. We played London Falcons at home at the start of December, and we went 1-0 down. We ended up winning 2-1 and that was the first time we’d won a game after being 1-0 down for four years.”

By the time Christmas came, CACT Invicta had won six out of the seven games and were in a very strong position.

“We knew the first few games back in January would be difficult after a long break and in cold conditions. Away from home we had to settle for a couple of draws. Although we’d dropped points, we still hadn’t lost a single game.”

As the end of the season approached, CIFC were in pole position to clinch their first title. They won the league at Sparrows Lane, celebrating after a 2-1 win against AFC Muswell Hill, and finished the season nine points clear of second-placed London Falcons.

“It’s been a really good season, what a way as a first year of being part of CACT to go and win the league, absolutely incredible.”

CIFC were not invincible though, their one and only defeat came on the last day of the season.

“Maybe next year the target is to go unbeaten!” Ginnaw said.

A phenomenal first season with the club has come to an end, but after a fantastic title win, the future looks promising.

It’s also under three weeks until the third Charlton v Homophobia tournament, which will bring together CIFC, Proud Valiants and a number of other groups joining forces to raise the profile of LGBTQI+ friendly football.