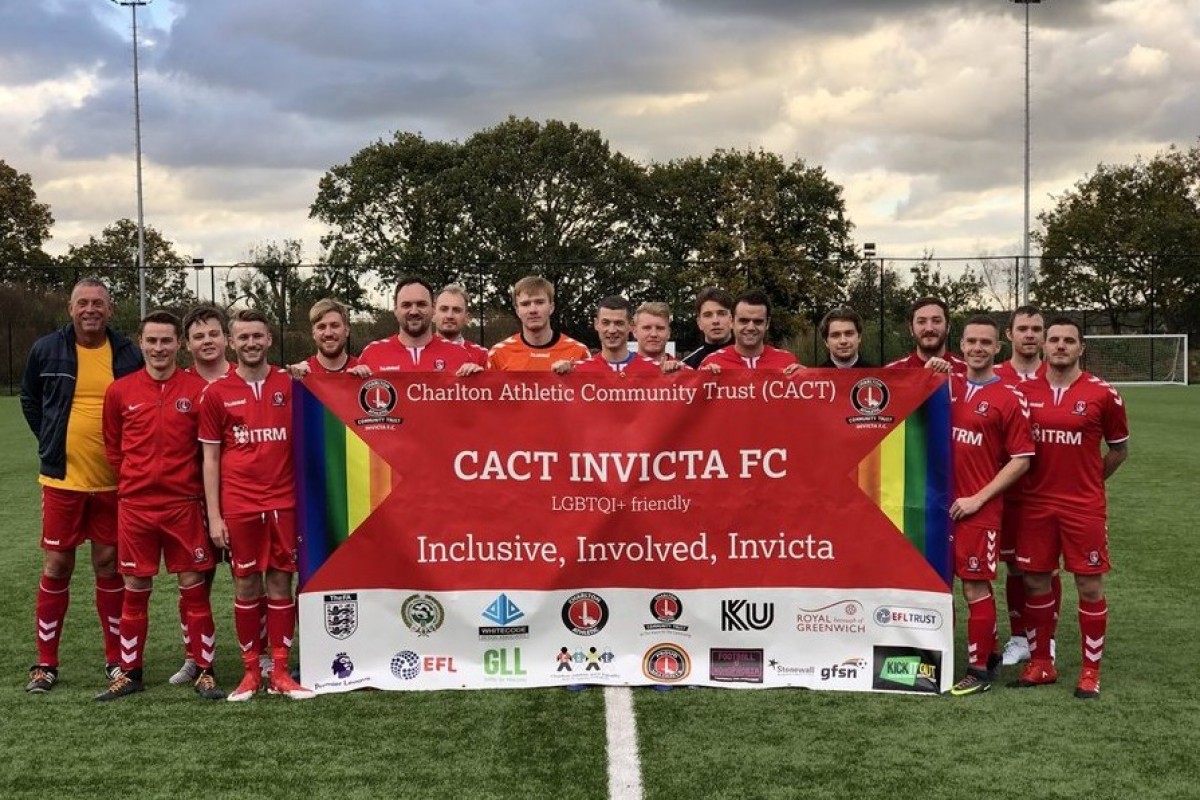 CACT Invicta FC made it six wins from six with a 2-1 victory, ending the unbeaten record of Falcons, the reigning London Unity League champions, in a hard-fought game.

Gary Ginnaw’s side had drawn 4-4 with Falcons away, but the game at Sparrows Lane, CIFC’s home ground, was less open.

Top scorer Daniel Goodwin threatened early on, going close from a Samuel Timms cross, but the Falcons went ahead on the break through a close-range header.

Goodwin was brought down in the box just before half-time, but Michael Lisney had the resulting penalty saved superbly, meaning CIFC went in behind at the break and with lots of work to do.

Lisney made amends early in the second-half, whipping a free-kick straight in to make it 1-1. And, after the introduction of Scott Anderson and George Ernest from the bench, Goodwin raced into the box from the right and calmly slotted under the keeper at the near post to give his team the lead.

Falcons threatened from set pieces, but CIFC defended well, Ben Hemmings putting in a man of the match performance at the back, and keeper Alex Hill was not tested in the final few moments.

It was a deserved win, and CIFC are in a strong position at the top of the table after what has been a truly remarkable start to the season.

“CACT Invicta FC have made a fantastic start to the season, and I’d like to congratulate them on winning six in a row.

“It’s just over three months since CIFC were launched to become the first LGBTQI+ friendly team associated to a UK professional football club’s community trust, and I’m proud not only of their efforts on the pitch but also in making football inclusive and welcoming for all.”