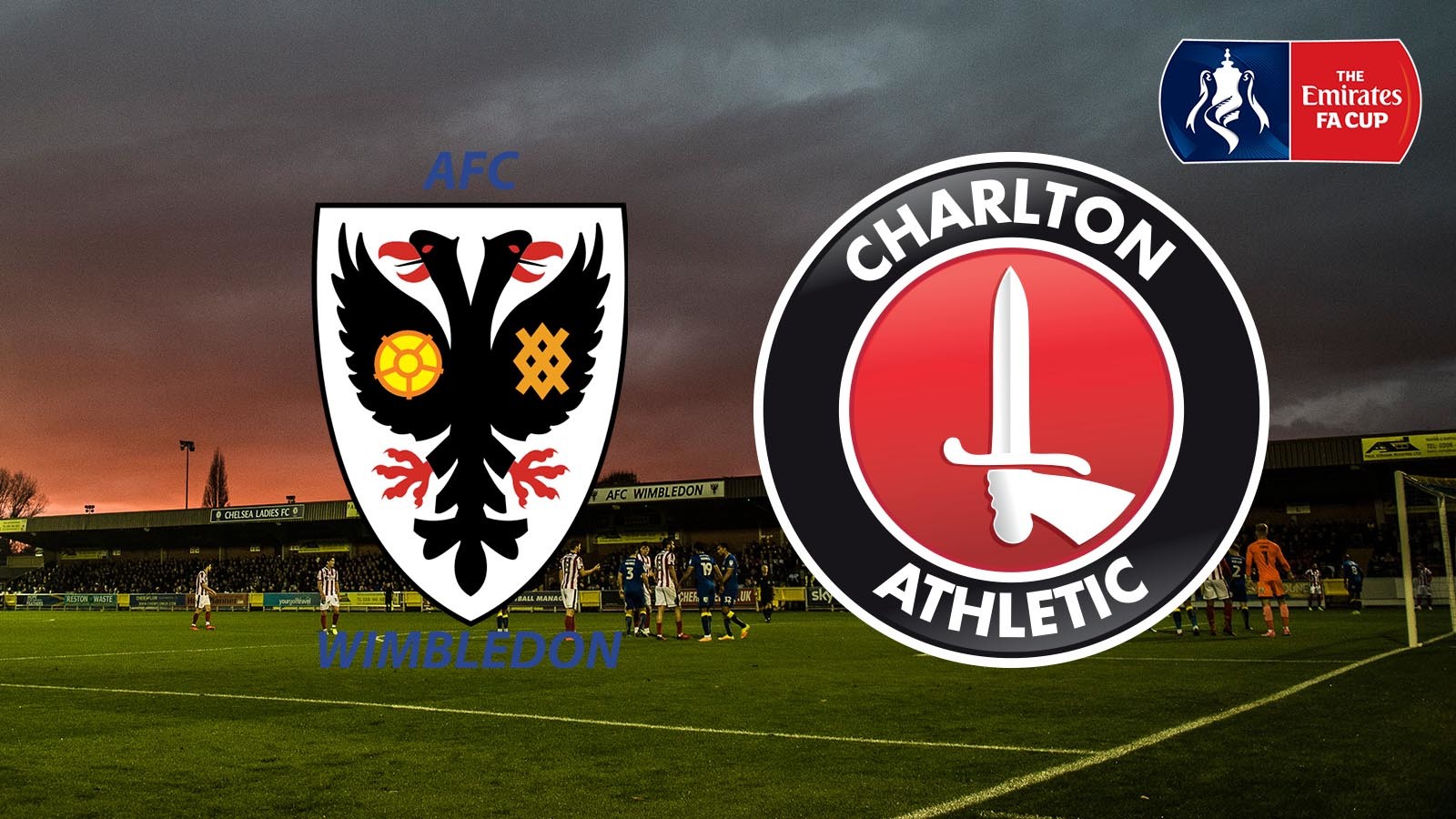 Charlton visit fellow south London side AFC Wimbledon on Sunday in the Emirates FA Cup second round, with the carrot of a tie against a Premier League club on offer.

Karl Robinson's team completed a superb comeback in stoppage time to earn a 2-2 draw with Peterborough United in Sky Bet League One on Tuesday and have already beaten the Dons once this season, 1-0 in late October at The Valley.

The Addicks avoided a potential banana skin in the first round, beating National League South side Truro City 3-1 at home but face a tougher task at Kingsmeadow on Sunday.

Although the Dons sit 20th in the League One table and lost to Walsall on Saturday, Neal Ardley is sure to have his players fired up for Sunday's south-London derby with a place in the third round at stake.

Karl Robinson confirmed none of his injured players - Ben Reeves, Billy Clarke, Tariqe Fosu, Jason Pearce, Harry Lennon and Lewis Page - will be returning for the match. Patrick Bauer came off against Peterborough on Tuesday night and will not feature.

Chris Solly missed the midweek draw against the Posh and remains an injury doubt.

Karlan Ahearne-Grant could be given a starting place after his equaliser on Tuesday. New signing Leon Best could be rested ahead of the Portsmouth match on December 9th.

For AFC Wimbledon, Harry Forester and Andy Barcham both were taken off on Saturday due to injury so are doubts for the match.

Sunday's game will be Charlton's fourth meeting with AFC Wimbledon since they reformed in 2002.

Charlton won 1-0 in October's showdown and last season, Wimbledon came from behind to win at The Valley, while the two sides shared a draw at Kingsmeadow.

So far this season he has overseen 20 matches where he has shown 70 yellow cards and five reds.

Sunday's match is all-ticket and all tickets have been sold.