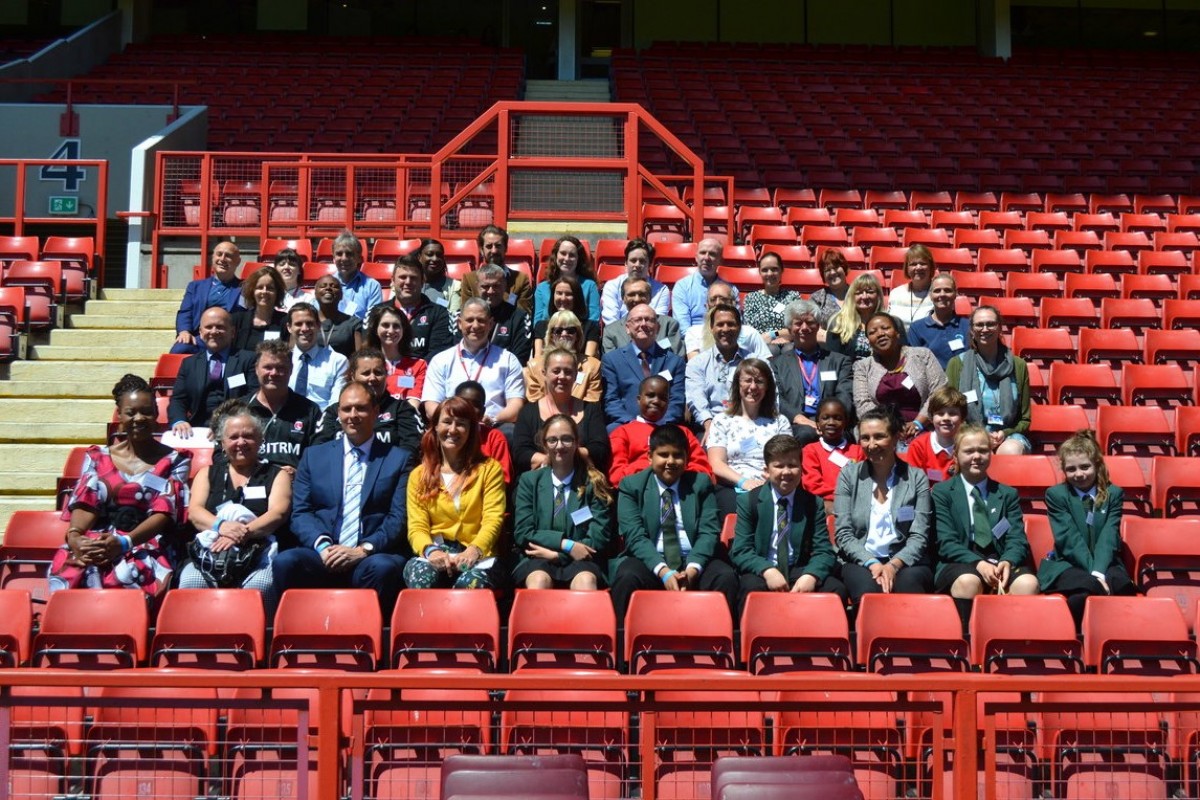 School children, community leaders and councillors were among the guests at a Sugar Smart event at The Valley on Monday 18 June to celebrate the progress since the Royal Borough of Greenwich launched the campaign in the Borough 18 months ago.

Delaware North, who are one of CACT’s patrons, have removed sugar from hot drink stands at The Valley, given out free fruit to young people on match days and introduced a 10p levy on sugary drinks around the ground.

The levy has raised £743, which will go straight towards the Big Summer Feast programme for young people on free school meals.

Sugar Smart initiatives have also become part of the curriculum of Young Greenwich, the youth service CACT delivers on behalf of the Royal Borough.

“Our youth workers have put a lot of work into engaging young people in the campaign, and it’s been great to see some of the results.

“We’ve been really impressed at how much of an effort young people at all four of our hubs have made to not only be Sugar Smart themselves but encourage their peers to be too.”

“I think the campaign has been very good. We’ve got 60 organisations signed up, including big organisations like CACT, all pledging to reduce sugar and think again about the type of food they offer.

“And we can go much further. It’s about making the difference not just in schools and at work but also at home.”

More than 40% of 10 to 11-year-olds in Royal Greenwich are overweight or obese, more than the London and England averages, highlighting the importance of the initiative.