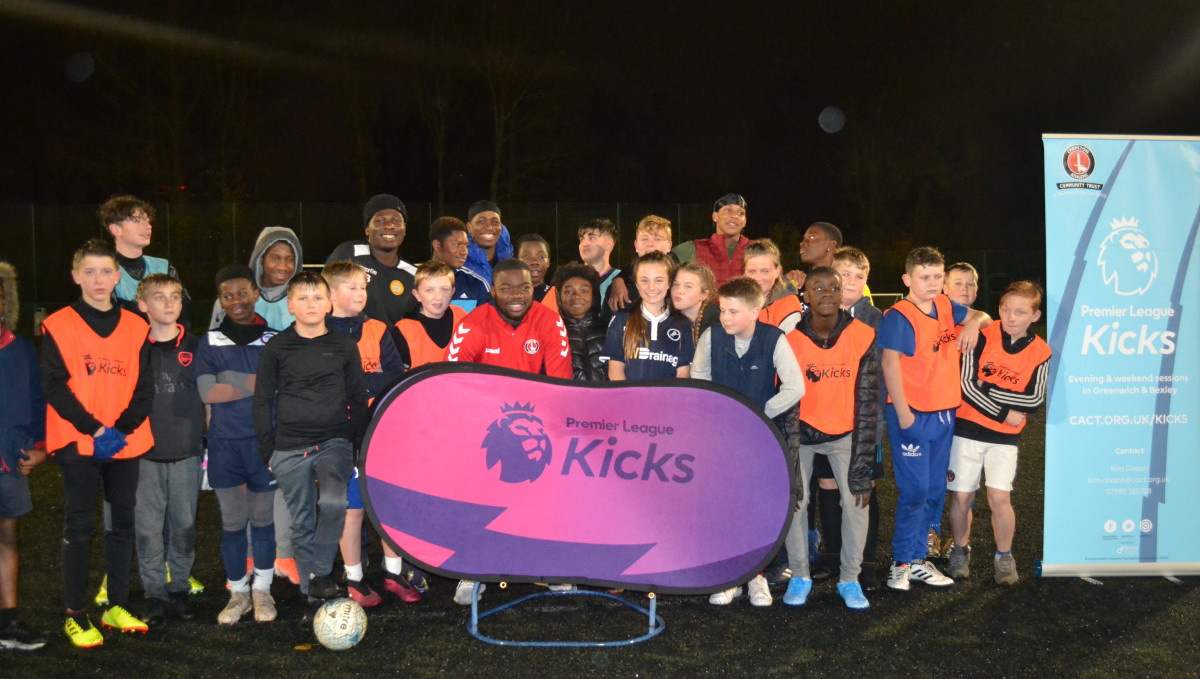 Premier League Kicks is a programme that engages young people using football as a tool to steer them away from anti-social behaviour.

Deji Oshilaja used to attend Kicks sessions himself at Millwall before he was a footballer, so understands the importance of the programme.

Born in Bermondsey and brought up in South London, Deji knows exactly what it’s like to be a participant on the Kicks programme, and took time during his visit to give advice to participants and answer their questions.

Speaking at the event, Deji said:

“I know how these kids are feeling, I’ve been through that. It’s enjoyable to be around other kids that are experiencing what I experienced years ago.

“I believe football clubs are the focus, the clubs give the kids the opportunity to do so. Everyone plays their part and everyone sticks together for the greater good.”

Deji took part in a Q&A with participants and gave them advice and told his story on his journey into professional football. The 26-year-old also coached the older Kicks group, giving them tips.

“We [footballers] are people young people look up to, they see us coming down here to have conversations with them, see how they’re getting on.

“We’re like superstars to them, even though we don’t see it as that, they might see us as superstars and we could be the difference between coming or not.

“When they’re here they’re enjoying themselves playing football, they’re not out on the streets doing things they shouldn’t be doing. I would definitely encourage a lot more clubs and players to come down.”

Tyrese Newman, 17, has been attending CACT’s Kicks sessions for a year and a half.

Speaking about the visit, Tyrese said:

“It was definitely inspirational. I’m going to go away, think and remember everything that he said.

“It gives everyone here hope that maybe one day anyone here could possibly be like Deji if they put in the work.”

Charlton Athletic Women goalkeeper Katie Startup attended the re-launch of the Kicks programme on Friday 1 November, and also spoke to participants about her journey into football.

“I’m in a position where I can be a bit of a role model to kids and younger girls especially.