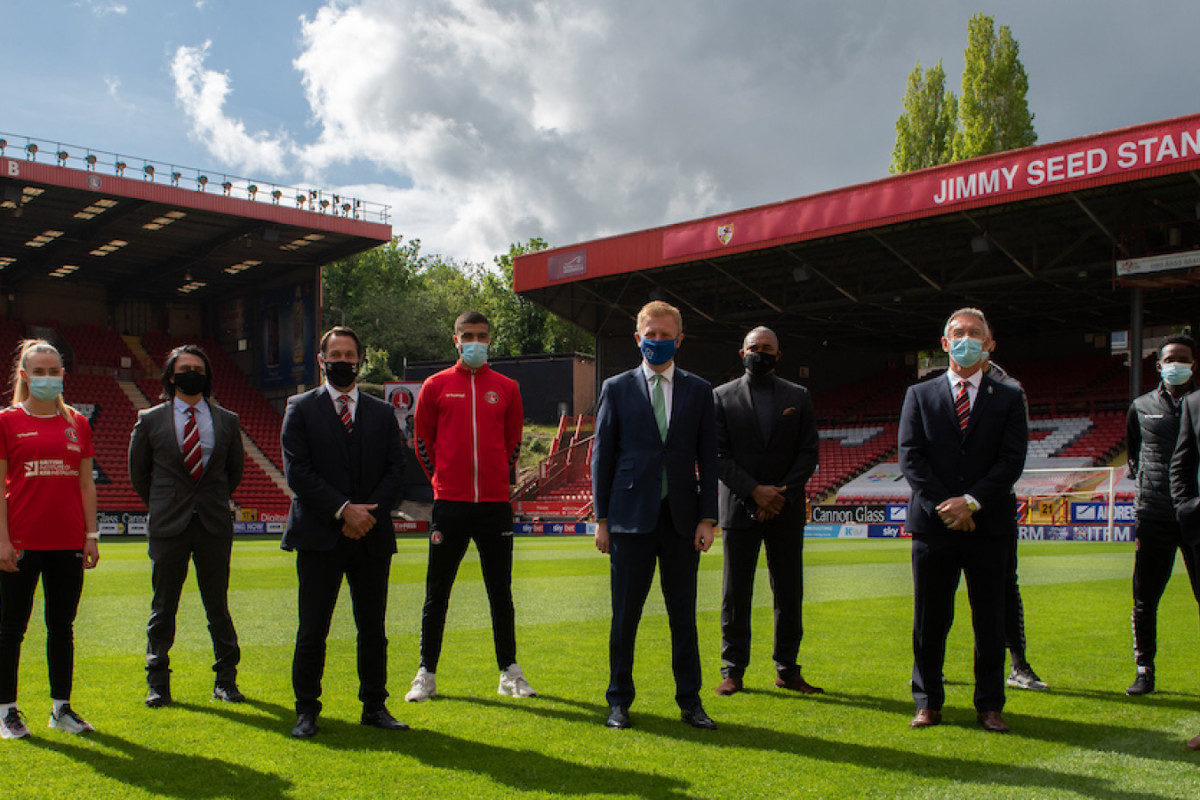 Charlton Athletic hosted Secretary of State for the Department of Digital, Culture, Media and Sport, MP Oliver Dowden ahead of today’s launch of the Online Safety Bill aimed at safeguarding young people and clamping down on racist abuse online.

The event at The Valley was attended by Charlton and Charlton Women first team players and staff, senior representatives from the club and community trust and was compered by the Chairman of the FA’s Inclusion Advisory Board Paul Elliott CBE.

Charlton’s Head of Equality, Diversity and Inclusion (EDI), Dr Michael Seeraj, opened the event with a section on the club’s proud history of promoting equality and tackling discrimination before Adam Hildreth of Crisp Safer Technology explained the work they are doing to tackle online abuse.

Speaking at the event Oliver Dowden said: “It’s been really inspiring to see the work Charlton have done over the years. We saw how fans came together to stop the European Super League proposals and I think there is a similar feeling to come together and to stop the racism and hate online that football players are experiencing.”

Charlton launched the club’s groundbreaking Equality, Diversity and Inclusion Consultation Framework earlier this year and continue to build on a proud history of promoting equality and tackling discrimination.

Academy player Wassim Aouachria got the chance to speak to Oliver Dowden about his personal experiences of social media abuse.

He said: “I am very pleased to hear that action is being taken to stamp out discriminatory abuse on social media.

“I was on the receiving end of abuse on social media a few months ago and it was difficult to understand for myself and my family. I was grateful for the support I got from the club and more needs to be done so people are held accountable for their actions. Hopefully the upcoming online safety bill can help us create a safer, more welcoming and inclusive environment for players, managers, staff, fans and everyone associated with football.”

Dr Michael Seeraj said: “We are very proud to be able to host an important event discussing a topic as serious as online abuse. We’re pleased that real action is being taken in an attempt to stamp out discriminatory abuse on social media.

"In my line of work I am acutely aware of the devastating impact that online abuse has on individuals, Clubs and the wider community. During the pandemic there has been a shocking increase in appalling cases of online abuse aimed at footballers - it is relentless. Action, change and accountability is very much needed."

Charlton Athletic Women's goalkeeper Eartha Cumings said: "Working in women’s football you see some awful comments about being a women, about race. It’s really hurtful and harmful because it gives you such a direct route into people’s consciousness.

"It is powerful when people come together and show there is no place for online abuse in this club, in any club or indeed in society."

Charlton Manager Nigel Adkins said: “We’ve got an EDI programme which Michael delivered really well at the event, explaining all the things that have gone on at Charlton over the years, the history and how we are at the forefront and one of the leading lights when it comes to equality, diversity and inclusion.”

The framework comes after a recent EFL review of the club’s EDI work, which highly commended Charlton’s commitment to equality, diversity and inclusion work.