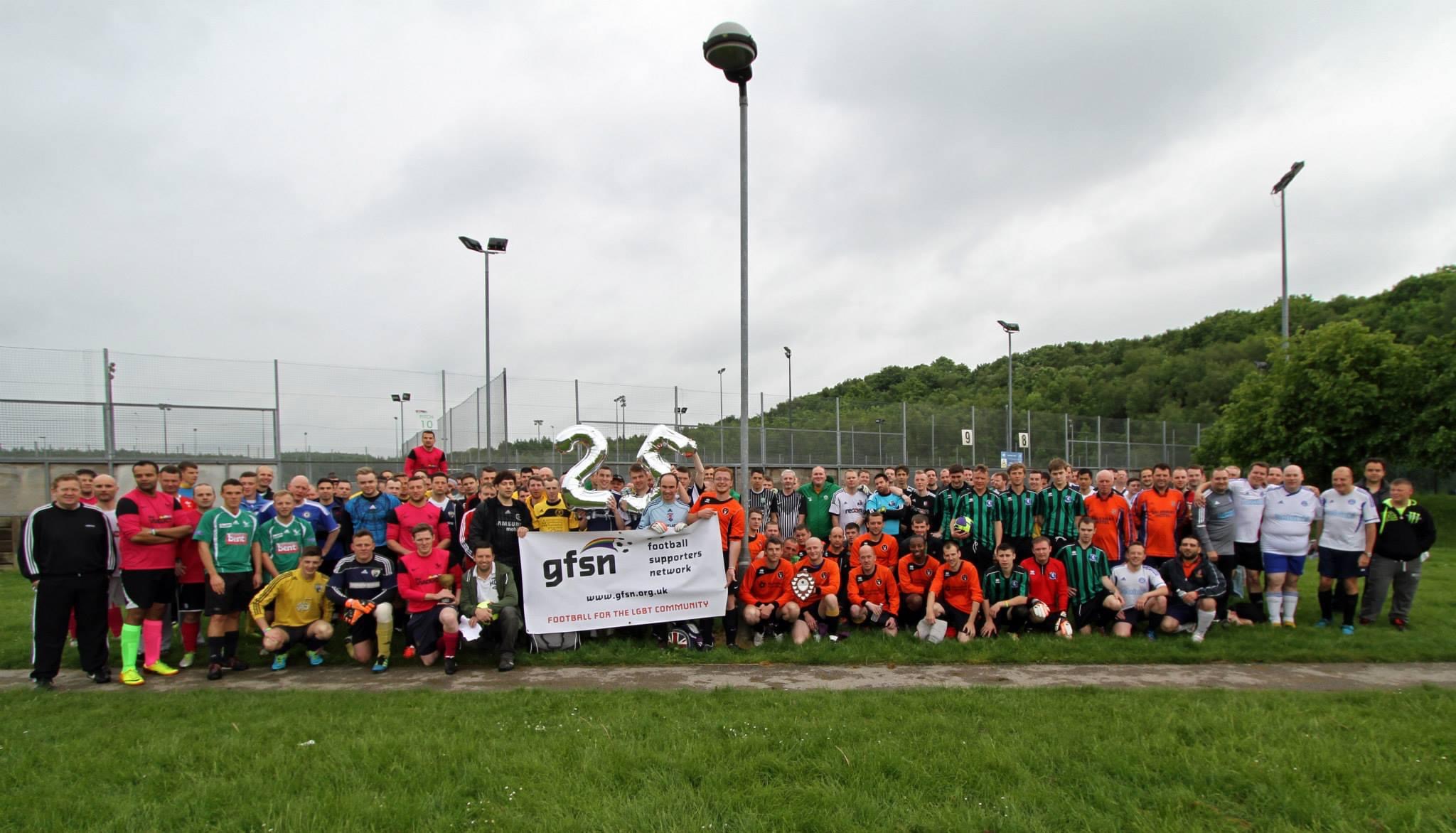 On Saturday 9 July our LGBTQ+ affiliated team Charlton Invicta FC will compete in the annual Gay Football Supporters’ Network (GFSN) summer tournament. 2022 will mark the 24th edition of the annual event and the first to be held in London. Over 450 LGBTQ+ people will be part of the weekend spectacular which will see nights out at The Two Brewers in Clapham and Zodiac Bar in Camden.

Whilst it may be the 24th edition of the long running tournament it will mark the first for Invicta player Luke Brown – “I’m really looking forward to this year’s tournament because it will be my first participation. I love playing in the GFSN league and cup because it is really special - you get to travel to places you may never have been before and it makes me feel comfortable and accepted, as myself, as a gay man”.

Invicta participated in the tournament for the first time last year losing in a quarterfinal against London Falcons FC, defender Daniel Crump said: “It’s a great tournament that brings everyone together from all over the UK. It’s a fun day playing football and then the teams socialise on a night out. That gives you a chance to make friends with players from other teams.

“It’s a tournament like no other. Last summer we travelled to Blackpool for the weekend. We had no expectations, we played some good football, everyone had a laugh, we narrowly lost a quarter final on penalties but the whole weekend brought the LGBTQ+ community closer together playing a sport everyone loves”.

The GFSN is a UK non-profit organisation established in early 1989 by a small group of gay football fans. The GFSN has grown so much in its 33 years to encompass supporting, campaigning and playing elements. The GFSN is made up of member clubs from all across the UK and Ireland with some of the earliest clubs to be set up being Stonewall FC in 1991 and Leicester Wildecats FC and Village Manchester FC both in 1996.

Harley Bagnall-Taylor spoke of the importance of having a safe space for LGBTQ+ people in football: “Leagues like the GFSN exist to provide a safe space for players who felt they couldn’t be their authentic self, it gives people who felt they had no place in mainstream football a chance to play this beautiful game. It’s important for the LGBTQ+ community to have this visibility and space to express ourselves”.

In 2006 a national cup competition was added to the calendar to coincide with the league campaign. As competition began to expand with the addition of newly established clubs further divisions were added to the national league structure.

GFSN Chair Mike Kalogerou said: “The GFSN is not just a football league or cup competition, it’s a social network of friends, partners and football people from all over the UK and Ireland. This is a hugely important aspect for many of our members who feel a place of belonging and being amongst friends at games, tournaments and events throughout the year.

“We are extremely excited to be heading to London for the weekend – special thanks to our sponsors Cadent Gas Ltd and our venues Power League in Shepherds Bush, The Two Brewers in Clapham and Zodiac Bar and Club in Camden. We are hoping for a memorial weekend”.

Leagues like the GFSN are LGBTQ+ inclusive and not exclusive. This means that players that do not identify as being part of the LGBTQ+ community are encouraged to play. This is something that is embraced by Invicta Manager Patrick O’Connor who said: “Like any sport, football - and all the joy and benefits it can bring - should be for everybody. The wider football community still has a way to go on LGBTQ+ inclusion, and leagues like the GFSN give us a safe space to play and raise the profile of LGBTQ+ players and allies - we’re not invisible and there are quite a lot of us!”

The 2022 edition of the GFSN Summer Get-Together takes place right in the middle of the Pride season, Julia Apthorp said: “The tournament comes at an exciting time of year to celebrate LGBTQ+ inclusion in sport, shortly after London Pride and on the day of Trans Pride. It’ll be great to enjoy football again with players from across the country, which has been difficult over the past couple of years.”

June was the annual Pride Month with 2022 celebrating 50 years since the very first Pride in London March took place. The Charlton Family marched together in 2018 and 2019 and are already planning a spectacular event for 2023.

Pride is something that means so much many people in different ways. Ryan Harwood said: “For me pride is a wonderful symbol that we can and will overcome discrimination. Despite both personal and systemic abuse aimed at queer folk, people have always maintained their pride in who they are. The pride that previous generations have shown has paved the way for more and more people to have that same pride in themselves through a mix of law changes, greater awareness, and greater connection.

“Though pride also serves to me as a reminder that the queer community was built on passionate and strong people bound together not only by shared experiences but by the common goal of queer liberation. A liberation with the understanding that no one is truly free until everyone is free. That we must always continue to fight to make change that not only affects ourselves but every corner of the queer community.”

“The GFSN summer tournament is a fantastic event with a great history, and is being held in London for the very first time. Given the current debates around LGBTQ+ inclusion and sport, alongside the UK's first active male professional footballer- Jake Daniels - to come out publicly as gay - since Justin Fashanu in 1990 - it is also very timely. In effect, we have waited three decades for a player to feel he can be his true ‘authentic self’, and tell his story and ‘lived experience’.

"The GFSN is an important network, that provides a safe space and opportunities for players from the LGBTQ+ community and their allies to play, as well as crucial support and a sense of belonging – all vital elements of an inclusive sport and, indeed, society.”

We’re wishing everyone at Charlton Invicta FC and the GFSN an enjoyable and safe weekend in London – may the best team win!