U23 duo commit futures to Charlton 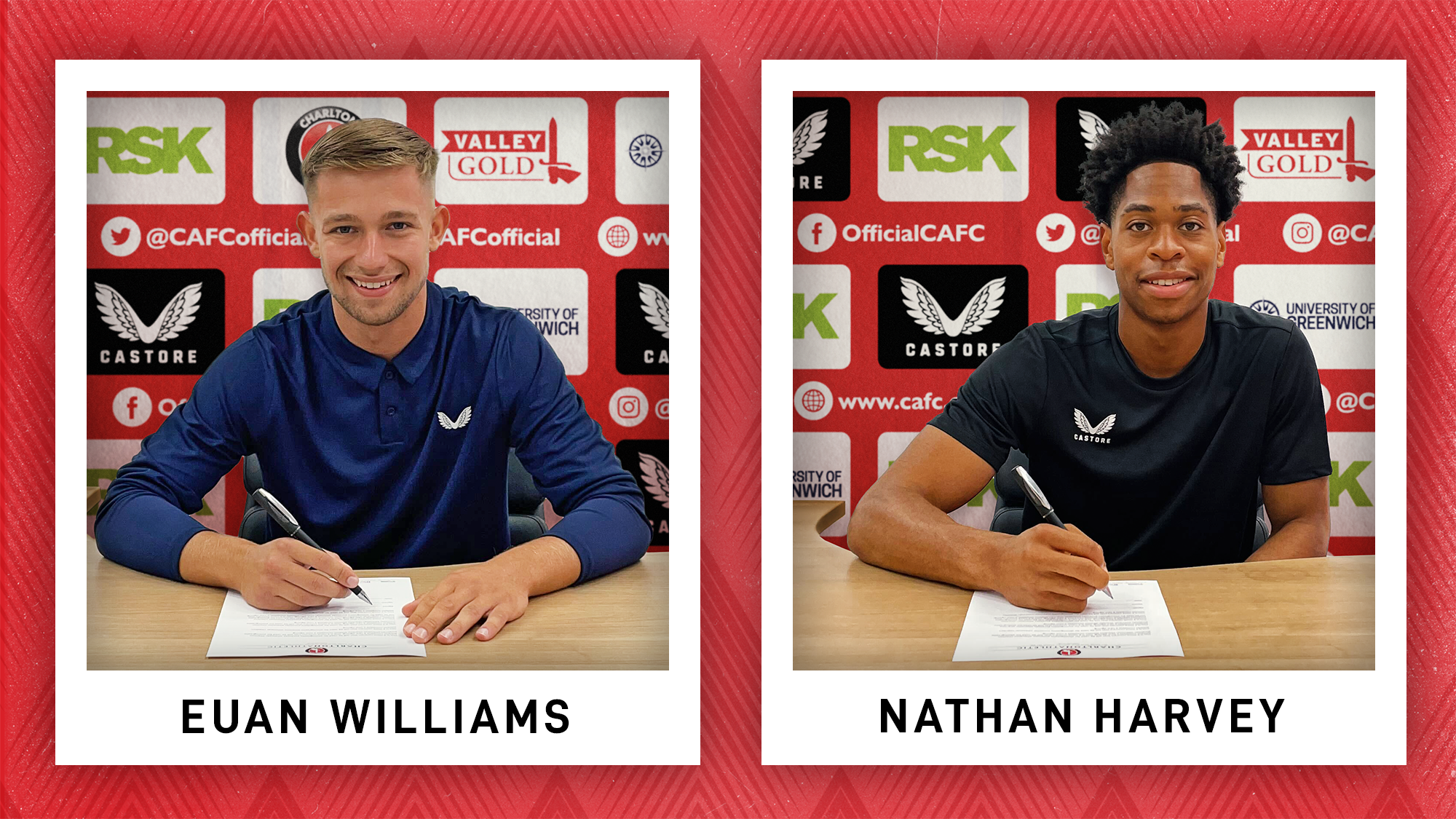 Charlton Athletic are delighted to confirm that U23 duo Euan Williams and Nathan Harvey have signed contract extensions with the club.

Attacking midfielder Williams has committed his future to Charlton until at least 2024, while goalkeeper Harvey has put pen-to-paper on a one-year deal.

Williams joined the Addicks’ esteemed academy at the age of seven and made his first-team debut in the Papa John’s Trophy against MK Dons in January 2022.

The 19-year-old, who has represented both Northern Ireland and England at youth international level, said: “It’s a really good feeling. I was happy that we got it done and I can concentrate on my football now for the rest of pre-season. Obviously, the aim now is to get into the first team and try and make regular appearances as soon as possible.

“Steve [Avory] has played a big part in my development. He has been really good for me and then obviously Anthony [Hayes] as well, who I’ve been with for six years now. They have both been brilliant for me.”

Academy Director Steve Avory said: “It’s particularly pleasing when you see a young player come all the way through to be a scholar and then a pro, and Euan is now signing his second professional contract at the academy. I’m really delighted that he’s committed to that future.

“Euan’s hunger is there for everybody to see. He loves the game, he’s very dedicated to improving himself and we feel he has got the potential to build upon that first-team debut last season.”

Meanwhile, Harvey joined the club’s academy as an U15 following a spell at West Ham United. The stopper travelled with the first-team squad to Accrington Stanley last season.

“I can’t speak highly enough of Steve, Anthony and Yilmaz [Aksoy, Academy Goalkeeping Coach]. They have all progressed me a lot, not just on the pitch but especially off the pitch as well.”

Avory added: “Nathan has been with us for four years now and, again, we feel he has got the potential and is fully deserving of this extension to his contract. With young goalkeepers you have to be more patient and we are certainly seeing that now with Nathan.”