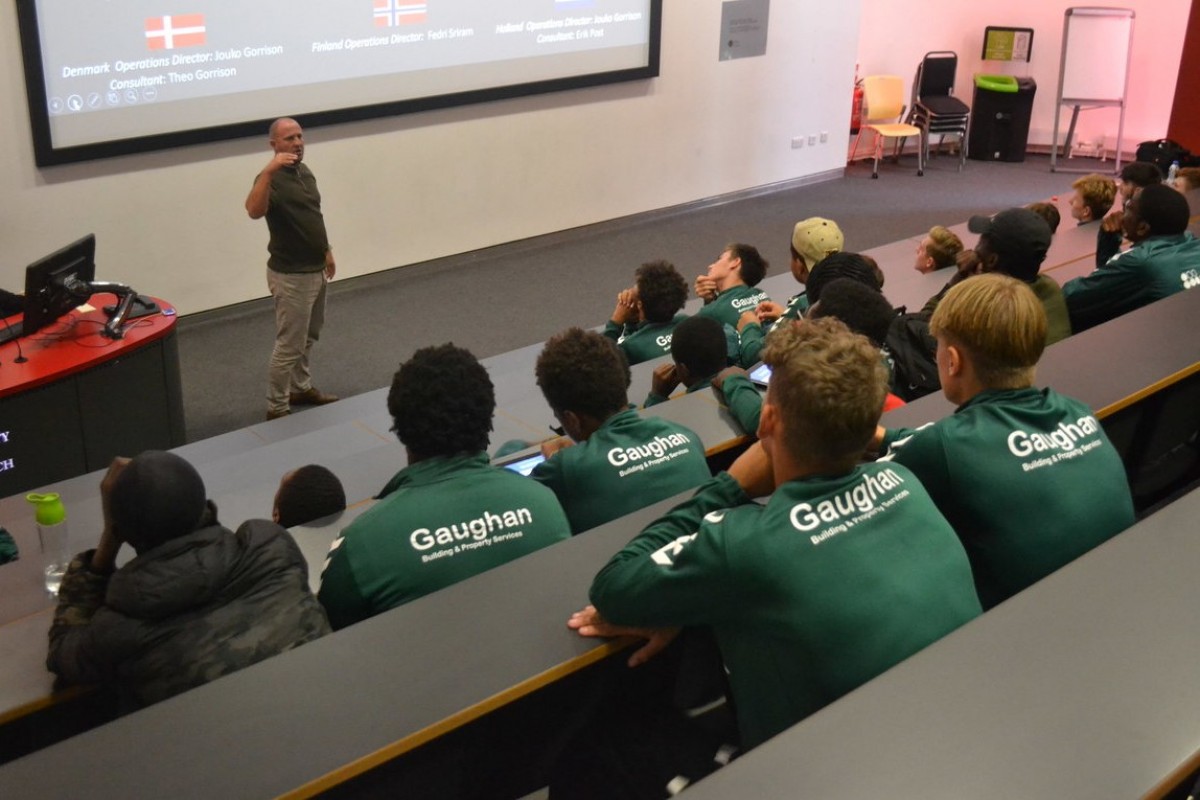 He spoke about John Robinson Soccer USA, his soccer school, which has exclusive access to College Fit Finder, a portal for players to gain scholarships in the US.

He was addressing players from CACT’s Post-16 football and education programme at the University of Greenwich’s Avery Hill Campus to launch a bespoke partnership.

The Welsh international also discussed his career in football, which included helping the Addicks to two promotions.

John said “words can’t explain” how he felt when he learnt about CACT’s interest in forming a partnership with John Robinson Soccer USA. “People know what I think of this club and for me to be rolling out the first community trust partnership with them is a dream. It’s exciting – I’m honoured to be part of something with them.”

Speaking about John Robinson Soccer USA and its link with College Fit Finder, he said “there’s not a scheme like it”.

“It’s the first of its kind in Europe. There’s not one that’s the same as ours, it’s very unique. It really covers every spectrum for players. If I was a player looking at this, I’d realise that there is an opportunity for me, maybe in another country, where you can continue your football career and your education, which in turn could still lead to becoming a professional.”

John, who has lived and worked in the US since 2009, stressed the affordability of John Robinson Soccer USA:

“I got involved with this scheme because in life kids sometimes can’t afford the opportunities and I think sometimes when you are paying a certain amount it leaves a lot of players out of getting an opportunity.

“One of the big things for me was to make sure that it was affordable to every player, that they can turn round and say yes that’s affordable, and superb value for money and that’s another option.”

John called the academic side a “big component” of College Fit Finder. “There can be an opportunity to carry on your education career in another country where some players may not have thought that when they’re going into post-16”, he said.

CACT’s Post-16 football and education programme, which is aimed at 16 to 18-year-old males and females, is full-time and combines education with football development. It was therefore a natural fit to partner with John Robinson Soccer USA given the emphasis it places on academic pursuits as well as the football side.

“John is a Charlton Athletic legend, so it is great to have him working with us, CACT, on some exciting initiatives. Being able to offer our football and education academy players the opportunity of playing overseas in the USA is an exciting venture for each of them.

“Forming a partnership with John Robinson Soccer USA, who have the exclusivity to the College Fit Finder player portal, will certainly give these players a chance to showcase their talents and fulfil their aspirations.”