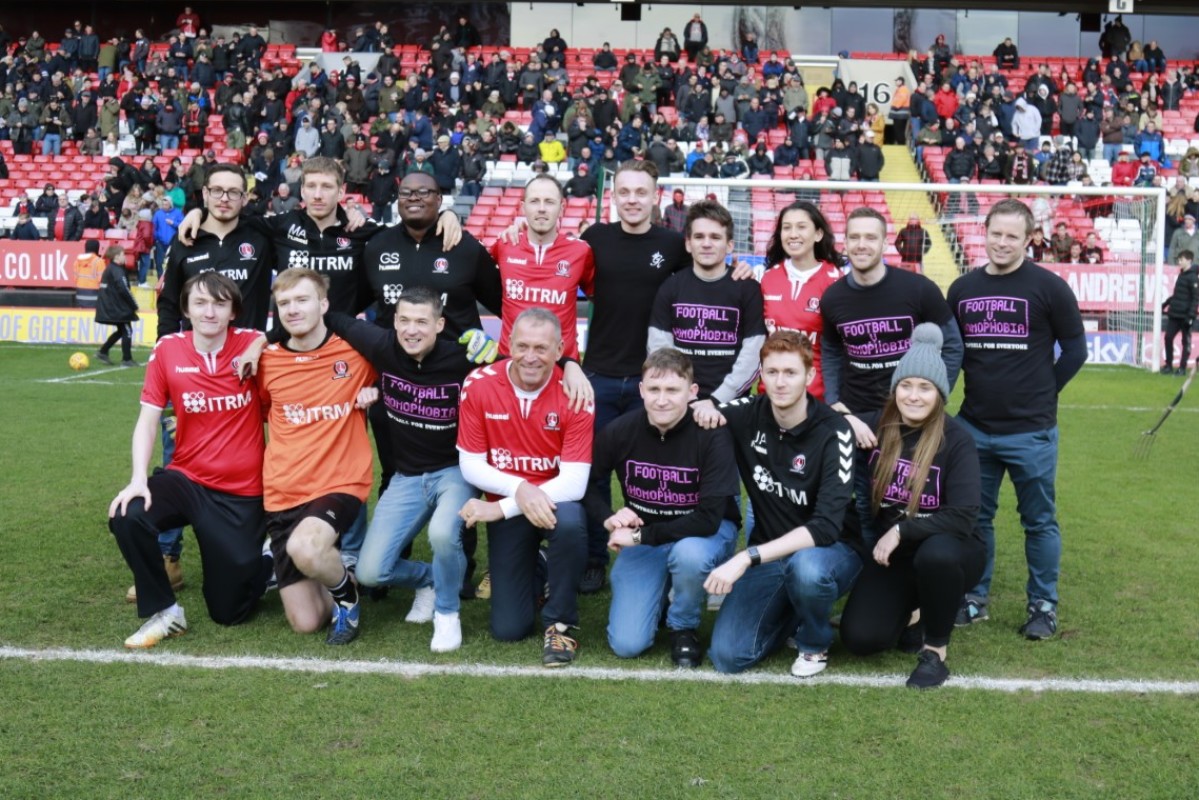 Charlton Athletic's home game against Luton Town on Saturday 22 February will be dedicated to fighting homophobia as part of Football v Homophobia's Month of Action.

The Club, working with Charlton Athletic Community Trust (CACT) and partners, are committed to fighting homophobia in the sport and earlier this month finished second in the inaugural Football v Homophobia Awards.

The game is the fourth year Charlton have dedicated a matchday to the cause with much of the activity coordinated by the Club's LGBTQI+ suppoerters' group, the Proud Valiants. Activities this year include:

"This year has been an incredible year for the Charlton family. All the hard work was recognised at the recent Football V Homophobia Awards, with Charlton represented in three categories.

"I have the great pleasure of working alongside Bob, Bhav and Gary from the Proud Valiants on a number of different initiatives, and can say without any doubt that they are totally committed to raising awareness and understanding of LGBTQI+ issues, and thoroughly deserve all the recognition they receive."

"We're delighted to be holding our fourth matchday themed around Football v Homophobia and this year promises to be bigger and better than the last three years.

"Since our formation the Proud Valiants have worked hard and days like today are important for raising the visibility and profile of the fight against biphobia, transphobia and homophobia whilst celebrating our heritage and community."

"The club and supporters have a long history of fighting discrimination in our sport, dating back to the early Redm White and Black Days.

"That fight continues to this day and we're pleased we're able to get involved and showcase some of the great work that has already been done."

Earlier this month the Charlton family picked up three awards at the inaugural Football v Homophobia Awards in Altrincham.

Saturday's matchday continues the Club and CACT's commitment to raising the profile of LGBTQI+ football which includes: