Christmas cheer at The Valley as families enjoy festivities 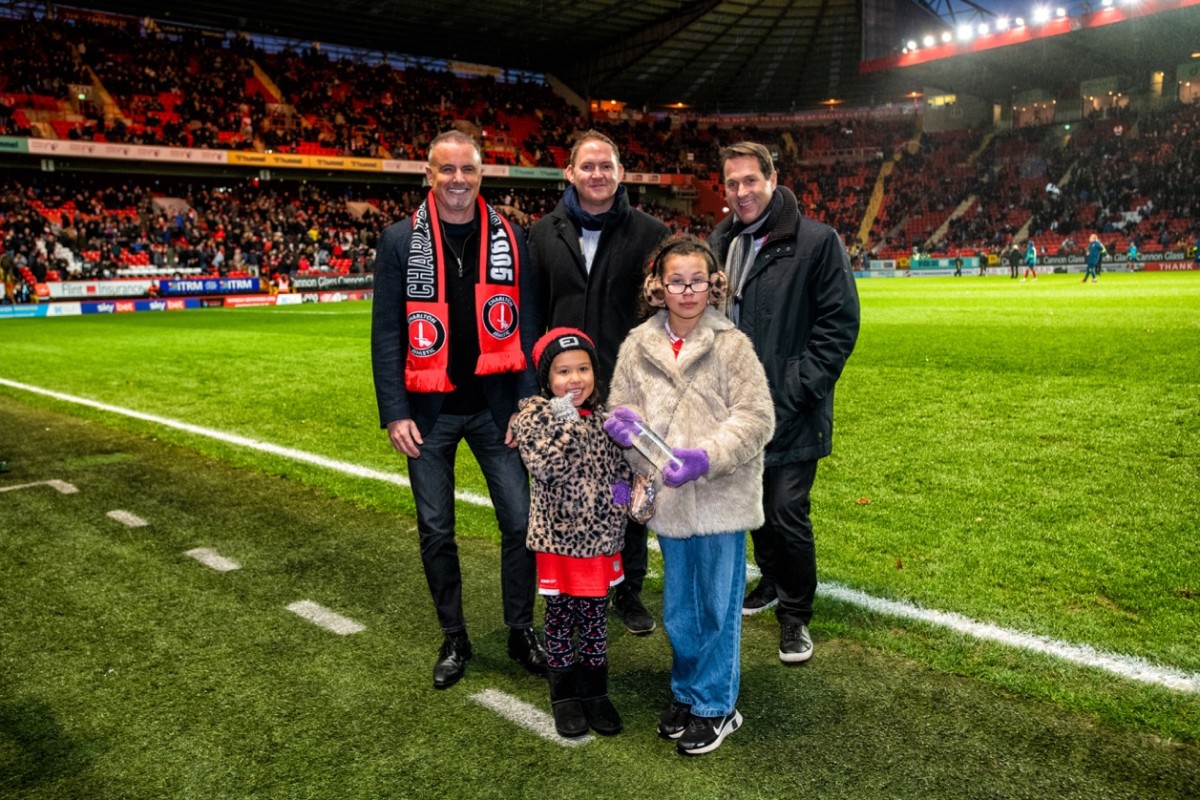 Saturday 11 December was a day of festive fun and fundraising for Charlton Athletic Community Trust (CACT), with a range of special activities taking place ahead of the annual Christmas Spirit Day match which saw Charlton Athletic take on Cambridge United.

Santa spread some Christmas cheer as DNEL Events set up a Charlton-themed festive backdrop for Santa’s Grotto at Valley Central Youth Hub and Santa handed gifts out to young people and their families.

CACT, the Club and the Royal Borough of Greenwich came together to offer free tickets to Saturday’s game to all families in the Borough who are eligible for free school meals.

Dawn said their day “has been really fantastic”.

Her daughters had attended the Royal Greenwich Summer Camp CACT delivered once again this year. “They had loads of activities to do, they had a great time there. They had a daily hot meal there which they loved, they raved about it”, she said.

Charlton beat Cambridge 2-0, and that wasn’t Saturday’s only football being played in South East London. The Charlton Upbeats Down’s syndrome team had their Christmas party at TOCA Social in The O2, where they played football and enjoyed a visit from Thomas, Dr Raelynn Maloney, Cllr Thorpe and Dave White, Managing Director of CACT Principal Partner ITRM.

Three of the Upbeats then reported for work at the new Upbeats Kitchen in The Valley’s Covered End. The Upbeats Kitchen, an ongoing project which looks to raise aspirations and increase confidence, was officially opened by Thomas, Raelynn and Cllr Thorpe – just in time for the public to get some hot soup before the game.

Earlier in the week, Thomas and Raelynn attended the EFL Trust Extra Time Hub Christmas Party at The Valley as CACT’s weekly group for retired and semi-retired over 55s enjoyed a three-course meal and Thomas joined in with a live band for some Christmas music.

“Christmas can be a really tough time of year for many families, so I was thrilled to see Charlton offer so many children across Royal Greenwich the chance to head to The Valley.

“There are thousands of young people living in poverty in Royal Greenwich and we must all step up to ensure that children get the opportunities to enjoy themselves and make some wonderful memories no matter their circumstances.

“We’re proud of our partnership with Charlton Athletic and CACT and this Saturday was an example of how working together can make a real difference across our Borough.”

CACT’s work across South East London and Kent has never been more apparent than during the COVID-19 lockdowns where CACT spent over £5.3 million to support our community when it needed it most. CACT’s work was recognised recently by a London Sport Young Londoners Award for creating COVID-secure sport and activity programmes.

At Saturday’s game CACT reached out to fans and asked for their support to help keep its community programmes running. CACT is asking supporters to consider setting up a regular donation so it can continue its vital work at the heart of the community.