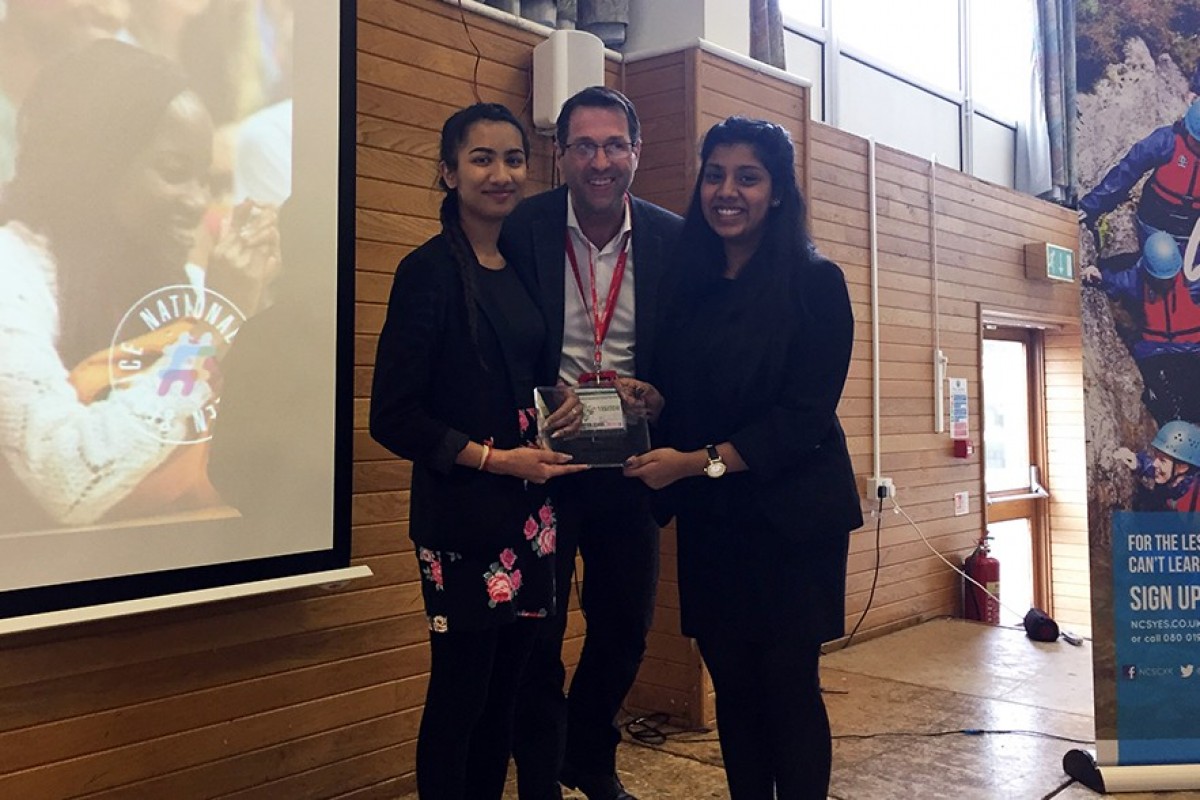 Dartford Grammar School for Girls (DGGS) has been awarded 'Champion School Status' as one of the National Citizen Service (NCS) most engaged schools.

NCS in this area is run through Charlton Athletic Community Trust (CACT), and on Friday 10th March, CEO, Jason Morgan MBE, came to talk to Year 11 in an assembly about the importance of developing their skills outside the classroom and encouraged them to push themselves out their comfort zone. As an employer of over 150 staff, he explained the importance of going beyond good grades, and not being a 'couch potato'.  When looking at job applications, he noted that he is impressed by those who make a big effort to give back to the community and learn new skills.

DGGS already has 40 students from Year 11 taking advantage of this fantastic scheme.  Having spent a week on a residential, trying out new activities and getting to know new people, the students then spend a week in a university halls of residence focusing on skills employers look for, and finally have an opportunity to give back to their community. The NCS sets students up with interviews and assists them with applications and opportunities. The government invests over £1000 for each placement, meaning that students only pay a maximum of £50.  It is a nationwide scheme, open to 16 and 17-year-old students each year.

NCS presented the Champion School Status award to Ramya and Priya who took part in the scheme last year and found it hugely beneficial, both of whom have chosen to continue their journey with NCS as Ambassadors and are hugely involved in promoting the initiative to their peers in the school.

CACT have been delivering the NCS programme in the Dartford area since the initial pilot programmes where rolled out in 2011, last year 32 students from the school took part in NCS of which Ramya and Priya were a part of. This year, 44 students have signed up to take this summer and the ambassadors will be involved in helping new recruits have a great summer using and sharing the experiences gained from last year.

The programme is renowned for helping young people to develop the necessary skills to walk into their next walk of life whether the participant has decided to go to college / sixth form, work or take on an apprenticeship. Universities recognise the benefit in taking part in NCS and encourage students to walk this rites of passage to make themselves a more well rounded individual prior to taking on university.