EDI on the radar for first-team coaching staff 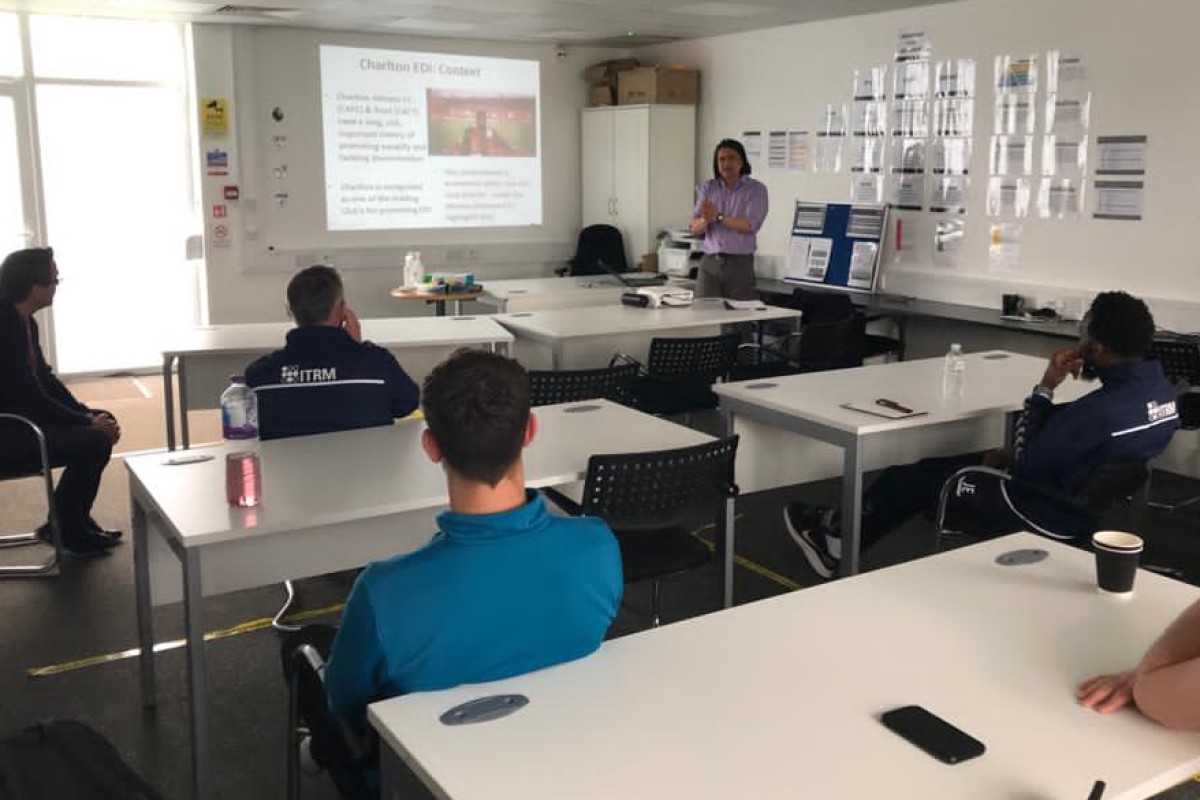 Senior members of Charlton’s footballing management team took part in an equality, diversity and inclusion (EDI) session as the club looks to build on a long, proud history of promoting equality and tackling discrimination.

Dr Seeraj said: “It was great to have Nigel, Johnnie and the two Jasons involved in a discussion about how Charlton can continue to move forward and build on the great work we do in

fighting for equality and social justice. Their passion and commitment was incredible. The meeting was the first, and formed a key part of our EDI consultation framework, which will also include consulting Charlton supporters.

“This club has a rich and important history of working together and with others to tackle discrimination and inequality. We want to continue to further develop this, both in what we practice and what we promote, and build on the great work so many have done over so many years at this club.”

Adkins said: “I’ve been at Charlton just over the month and I’ve enjoyed learning about the club and getting to know all the staff. In our meeting with Dr Seeraj he explained about the club’s long history of promoting equality and we discussed what we, as a club, want to be doing going forwards. It was a good starting point for us and I’m looking forward to playing my part at the club in this very important area of work.”

At the meeting, it was agreed that club players and staff will Take the Knee prior to games to acknowledge our ongoing commitment to equality in support of the wider campaign for anti-racism, for the rest of the 2020/21 season.

Dr Seeraj added: “Charlton has a really impressive tradition of fighting for equality, and is rightly known for it. To achieve lasting change, it’s important to continue to raise awareness and understanding about race inequality. Racism and discrimination breed hate, and Taking the Knee is not going to stop racism, but can play a vital role in keeping the problem in sharp focus.

“In addition to Taking the Knee, we are also taking action. The club and community trust launched Charlton’s new equality, diversity and inclusion consultation framework in March ahead of the club’s annual Red, White and Black Day. The framework is titled All Different, All Together, All Charlton and sets out the next chapter in the club’s continuing commitment to fighting inequality. The framework comes after a recent EFL review of the club’s EDI work, which highly commended Charlton’s commitment to equality, diversity and inclusion work.

Dr Seeraj added: “The recent EFL recognition, as well as Charlton’s award for professional club of the year at the 2021 Football v Homophobia Awards, really reflects the continuing work within the club.”

Supporters can read more about the club’s equality, diversity and inclusion consultation framework by clicking here.