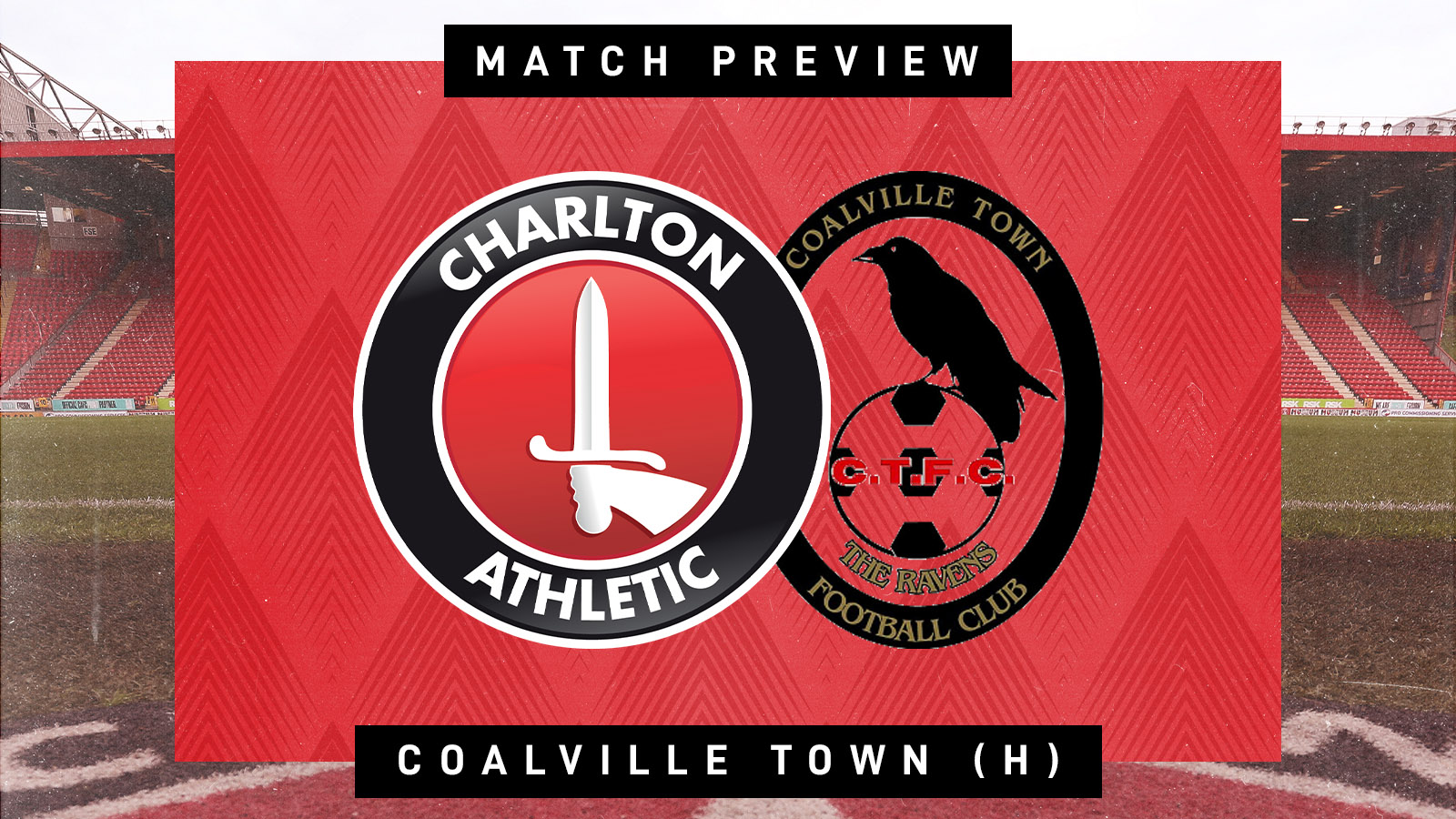 Charlton will be looking to make it back-to-back wins in cup competitions following Wednesday night’s triumph over Brighton & Hove Albion U21s in the Papa John’s Trophy.

Click here to purchase your tickets for Saturday’s cup clash.

Those unable to make it to SE7 this weekend can enjoy live audio commentary of the cup tie. Click here to purchase your audio pass.

The Addicks will be without Diallang Jaiyesimi (ankle), Miles Leaburn (ankle) and Ryan Inniss, who serves the final game of his two-match suspension.

Anthony Hayes revealed on Tuesday, ahead of Wednesday's Papa John's Trophy tie, that the club are still awaiting scan results to determine the severity of the injuries sustained by Mandela Egbo and Eoghan O’Connell.

The joint lowest-ranked team left in the Emirates FA Cup, along with Alvechurch, Coalville’s run to the first round proper has been remarkable.

Having claimed victories against Shepshed Dynamo, Macclesfield FC and AFC Sudbury, the Leicestershire outfit pulled off a huge upset against National League leaders Notts County in the final qualifying round.

In terms of the league, Adam Stevens’ side currently sit fifth in the Southern Central Premier League with seven wins, two draws and three losses from their opening 12 outings.

Saturday’s game will be the first meeting between the Addicks and the Ravens.

Lewis Smith will be the man in the middle on Saturday for what will be his first fixture involving Charlton.

Smith will be assisted by James Vallance and Andy Bennett, while Robert Ablitt is the Fourth Official.

Get your tickets for Saturday’s game here.

The Fans’ Bar will be opening its doors to supporters from 1pm on Saturday afternoon, while the Family Activity Zone will be open from 12.30pm until 2.30pm.

As part of the club’s annual remembrance, both teams will lay poppy wreaths ahead of kick-off. This will be followed by The Last Post and a period of silence.

Visiting The Valley for the first time this weekend? Click here to read our First Time Visitors' Guide.