Feel the drama with a half-season ticket 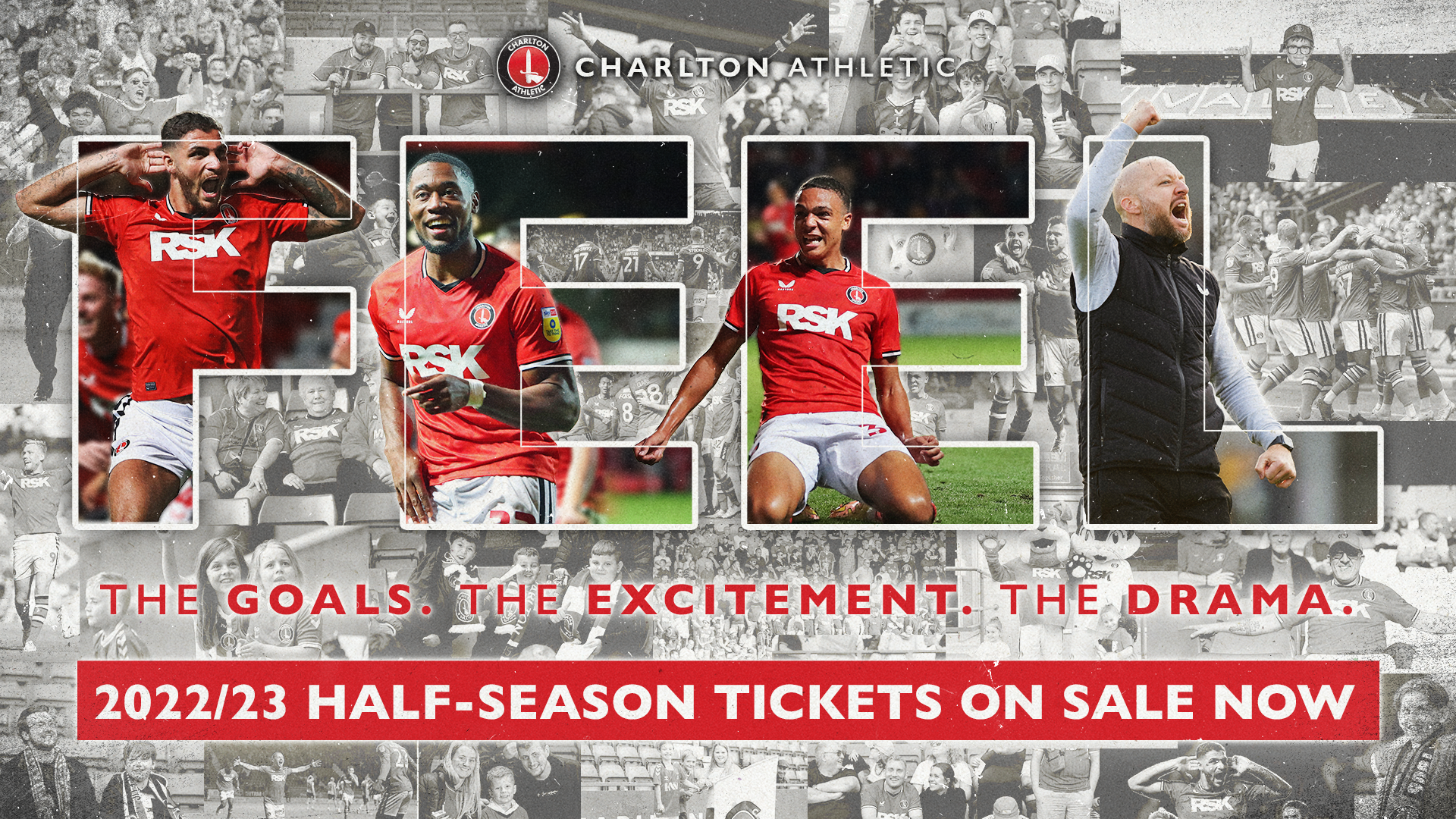 Feel the goals, the excitement and the drama with a 2022/23 half-season ticket at The Valley with prices starting at just £13.33 per game.

It has been an action-packed first few months of the season at The Valley with the Addicks in fine home form, scoring 20 goals in the opening nine home league games. Ben Garner’s side will be looking to build on that momentum in the second half of the season.

Half-season tickets are on sale now with prices beginning at £160. For the first time in recent years, the half-season ticket incorporates Charlton’s final 12 home league games of the season, starting with the Boxing Day visit of Peterborough United.

Manager Ben Garner said: “The support at The Valley this season has been excellent and has played an important part in our home form. It has been pleasing for me to see the connection really building between the players and supporters.

“We’ve already shared some good moments with the fans at The Valley, whether it be the goal-filled wins against Plymouth Argyle, Portsmouth and Exeter City, an important win against Derby County or the outstanding comeback against Ipswich Town and we’ll be looking to build on that in the second half of the season, and we’d love to have as many people at The Valley as possible to support us.”

2022/23 half-season tickets can be purchased online, in person or by phone, with a full price breakdown visible below. Click here to purchase your half-season ticket now or call the Ticket Office on 03330 14 44 44. For any questions or queries supporters can email tickets@cafc.co.uk.

Enjoy the game in style with one of our luxury half-season hospitality packages, which are on sale now. Click here to book the package that best suits your needs.