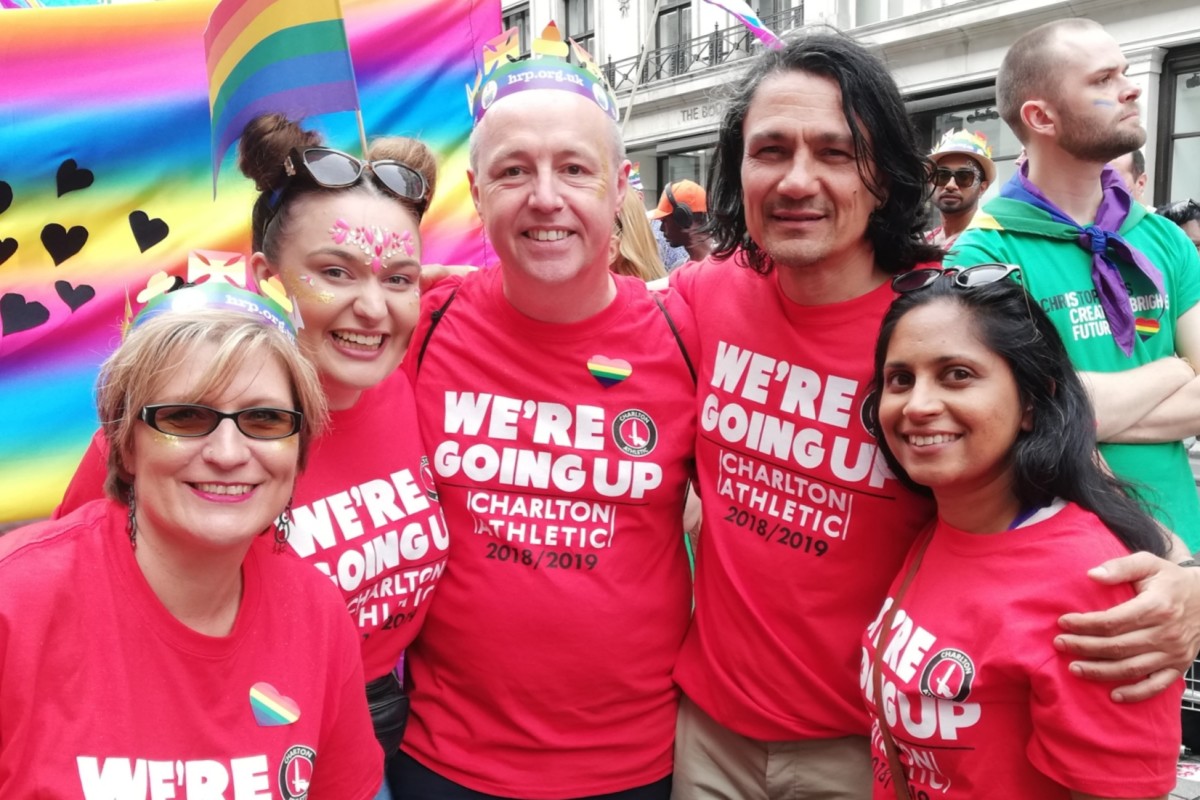 Colin, his wife and his daughter were among the 70 from the Charlton Family marching and the 1.5 million organisers estimated to have attended the event in total.

It was the second year CACT took part Pride, and members of CACT Invicta FC, the LGBTQI+ friendly football team, and Proud Valiants, the LGBTQI+ supporters’ group, returned to the parade.

There were also participants from Young Greenwich, the youth service CACT delivers on behalf of the Royal Borough of Greenwich, and the National Citizen Service programme it also runs, once again.

The parade began on Portland Street, descending through Oxford Circus, Piccadilly Circus, and Trafalgar Square before winding up in Whitehall.

Colin was not only pleasantly surprised by the diverse mix of people in and overlooking the parade but also the number of high-profile corporates supporting the event. He particularly enjoyed the group from Great Ormond Street Hospital, who were close behind the CACT section of the parade.

Colin said: “Although there is still a serious message behind Pride, in its aims to create a fairer society for all, the Parade was a remarkably fun, family day, full of joy for everyone.”

He described the day as being about “pure positivity”, and he hopes to join CACT again at similar future events as part of ITRM’s Corporate Social Responsibility programme.