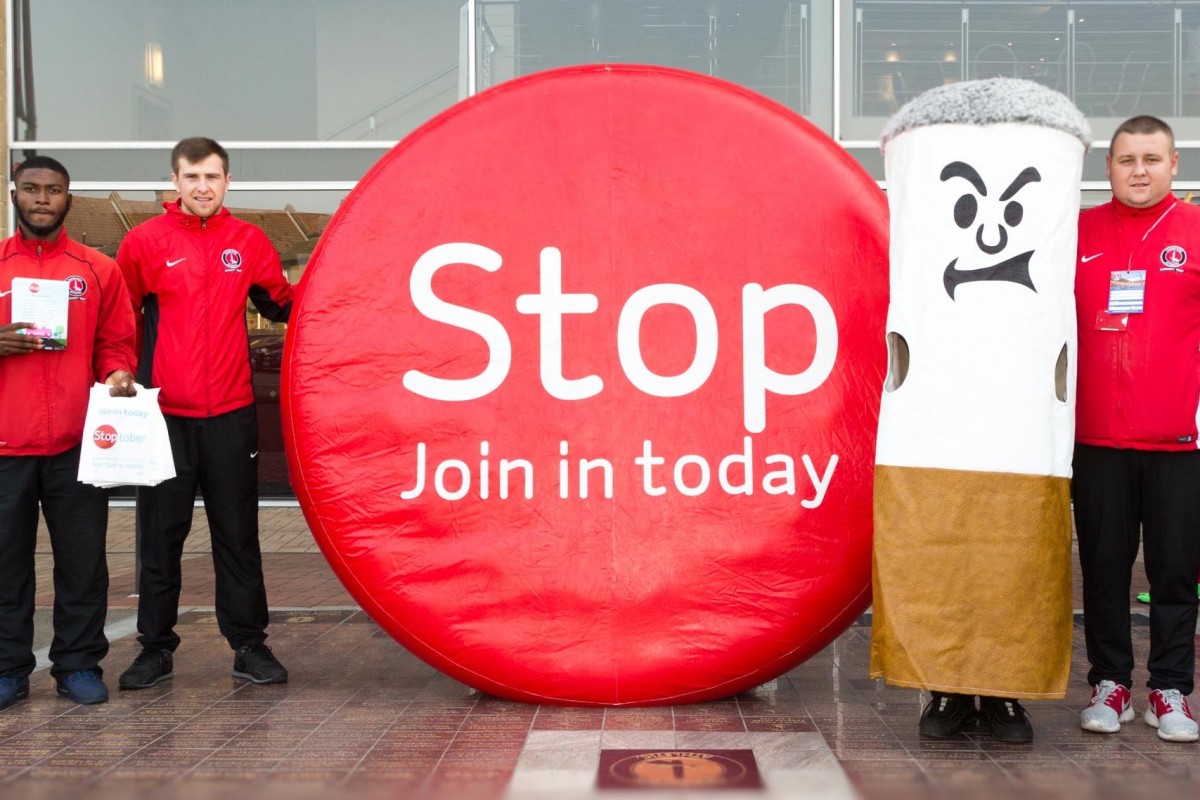 Kick the Habit, the smoking cessation programme delivered by Charlton Athletic Community Trust (CACT) in the Royal Borough of Greenwich, is celebrating its 10th year this month.

It has now been a decade since the law was passed making it illegal for anyone to smoke within an enclosed public place. Since 1 July 2007 this law has ensured that everyone shopping, using train stations or eating in a restaurant could do this without the effects of inhaling second-hand smoke.

Since the smoking ban came into place, the percentage of smokers nationally has dropped from 20.9% to 16.1%. In the Royal Borough of Greenwich, this figure has dropped dramatically; from 24% to 17.4%.

Kick the Habit was developed in partnership with NHS Greenwich (now RBG Public Health and Wellbeing) in 2006, and it is from this hugely successful smoking cessation programme that all of CACT’s health improvement programmes have grown.

Specialist Kick the Habit advisers recruit smokers to the full range of stop smoking services in the Borough supporting them towards achieving four-week quitter status, a point at which smokers are five times more likely to stay smoke free for good.

In Greenwich, Kick the Habit has successfully helped 2,242 people quit smoking for good.

Although Kick the Habit has already supported so many people, the hard work is far from over. Royal Greenwich still has a death rate from smoking related causes which is significantly higher than the national and London averages. With young people taking up smoking at an average of 350 a day nationally, there is still plenty for Kick the Habit to do.

If you or somebody you know would like support to stop smoking, please call CACT on 0800 470 4831 to arrange an appointment with a qualified consultant at a location near you.