Lee Bowyer on taking part in this year's Upbeats Walk 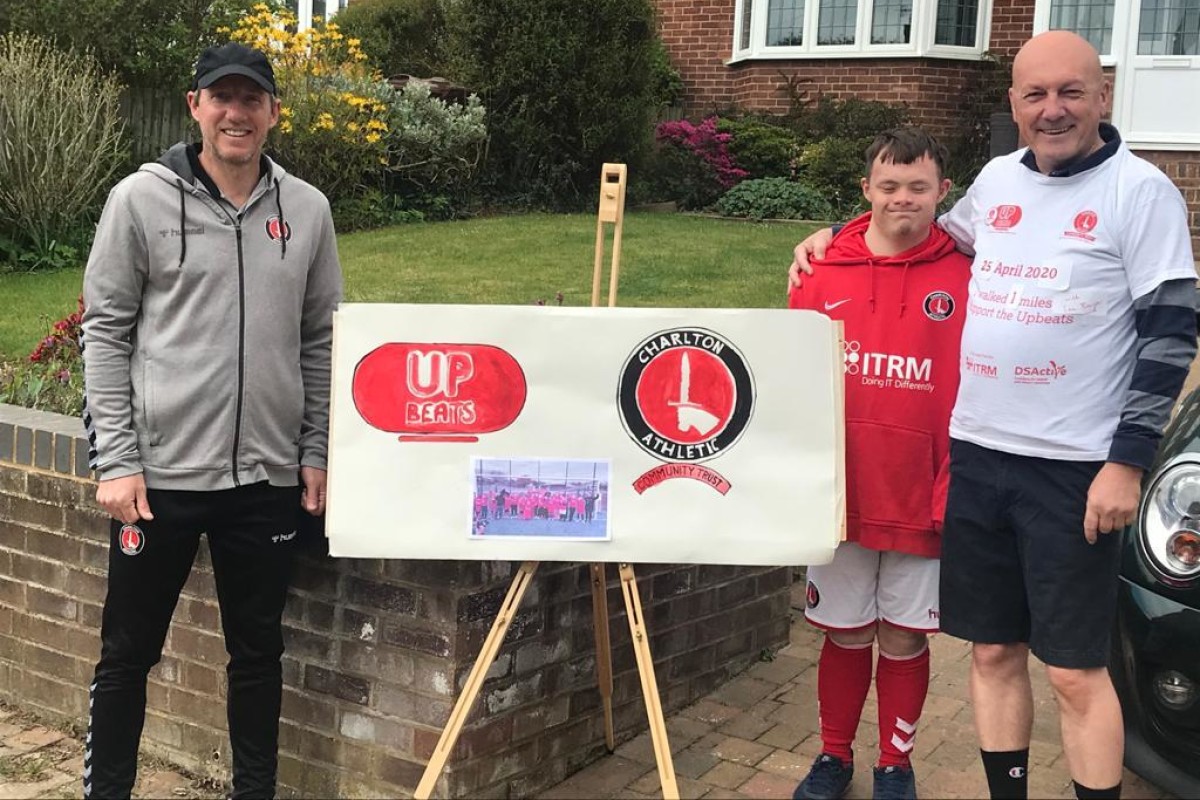 Lee Bowyer joined this year’s Upbeats Walk on Saturday when he visited nearby William Kay and his family to walk a mile for the Charlton Upbeats.

The annual walk normally takes place around a Charlton matchday but with no football going on, Addicks around the globe used their daily exercise allowance to raise money for Charlton Athletic Community Trust’s (CACT’s) Down’s syndrome team.

£27,000 was raised and Bowyer said he enjoyed the opportunity to get involved while respecting social distancing rules.

He said: “It was really nice. I went with William and his family - his mum and dad. It was nice to see other people, outside of my four walls and they are really nice people.

“We got on well throughout the walk, asking each other questions. William is a nice lad and from what I understand, he’s very competitive and he’s a goalscorer. It was nice to spend that bit of time with them.”

While he plays for the Charlton Upbeats, William and his parents are actually Sunderland fans and Bowyer explained: “They missed it [the 2019 Sky Bet League One play-off final), they were away at the time so weren’t able to go.

“I dropped a few little things in without going too far. We also talked about Sunderland as a club, it’s a shame what’s happened to them, three or four years ago they were in the Premier League. Their fanbase is massive. We played there at the start of last season and there were 32,000 there. So we talked Sunderland for a bit and Newcastle obviously, because I played there, so there was a little bit of ribbing going on.”

The Addicks’ boss said he was pleased but not surprised by the amount of money raised:

“That’s our club from start to finish. We know how to stay together and look after each other and our community trust in my eyes is the best in the country. Our fans know when to step forward and help out, so we’re really grateful that they’ve raised that much. That’s great to hear how much has been donated.”

You can donate to Charlton Athletic Community Trust (CACT) by clicking here.