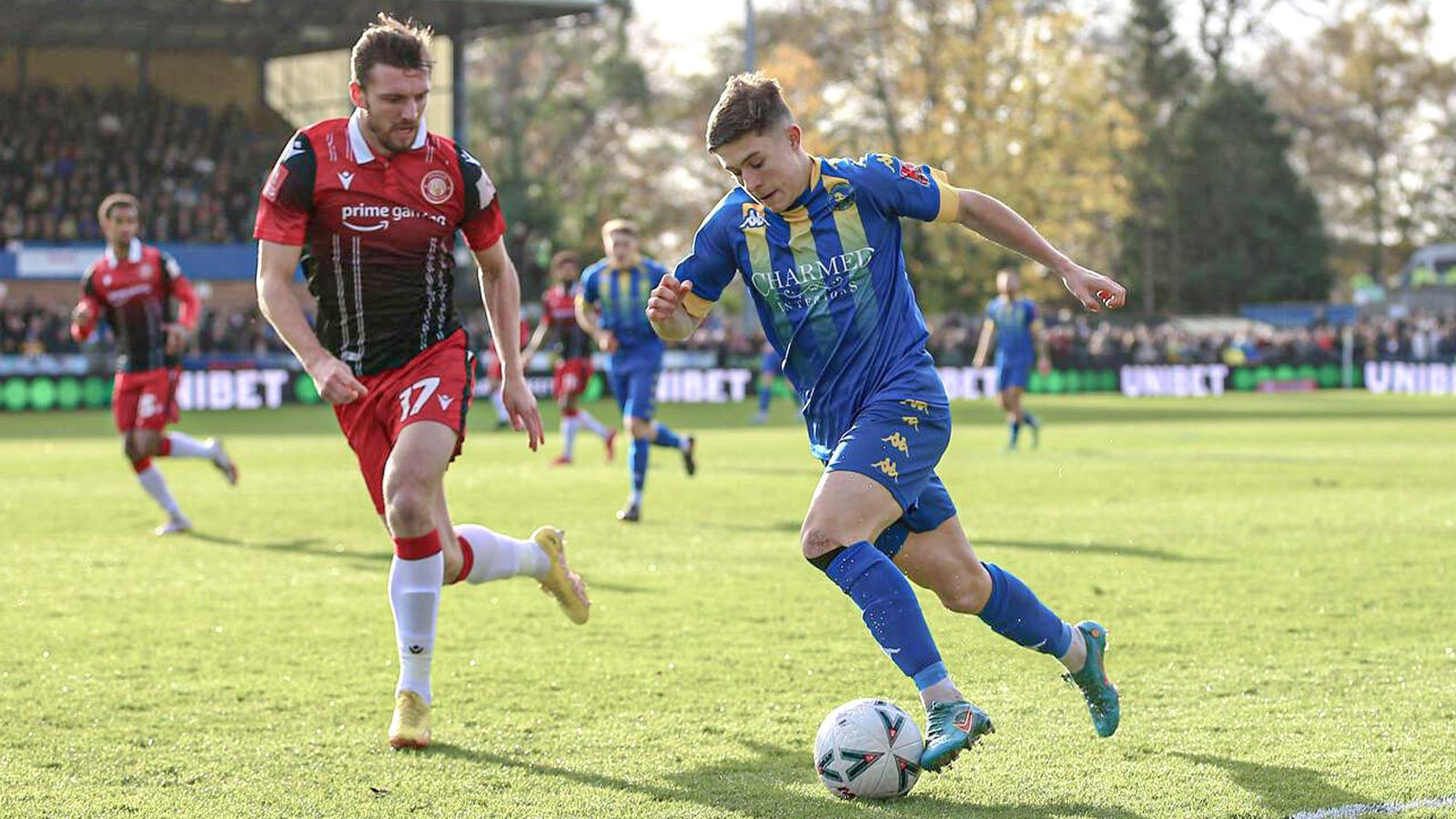 Five of the Addicks’ loan players were in action across the weekend.

Alex Gilbey played the full 90 minutes for Stevenage, who progressed to the third round of the Emirates FA Cup with a 3-0 triumph over National League North side King’s Lynn Town.

Charlie Barker played the entirety of Wealdstone’s 3-1 victory over Scunthorpe United at Grosvenor Vale. That result moves Stuart Maynard’s side into the top 10 of the National League table.

Elsewhere in the fifth tier, Lucas Ness helped Torquay United earn a hard-fought point in a 1-1 draw at home to Gateshead.

In the National League South, Harris O’Connor played the full 90 in Hemel Hempstead Town’s 1-1 draw with Taunton Town and Dylan Gavin was an unused substitute for Tonbridge Angels, who claimed a point against high-flying Havant & Waterlooville.

Goalkeeper Nathan Harvey, who joined Potters Bar Town on a 28-day loan on Saturday, made his debut for the Scholars in a 5-2 reverse at home to Hornchurch in the Isthmian League Premier Division.

Meanwhile, Charles Clayden had a week off for National League side Bromley whose game was postponed owing to Wrexham’s Emirates FA Cup second round tie with Farnborough.