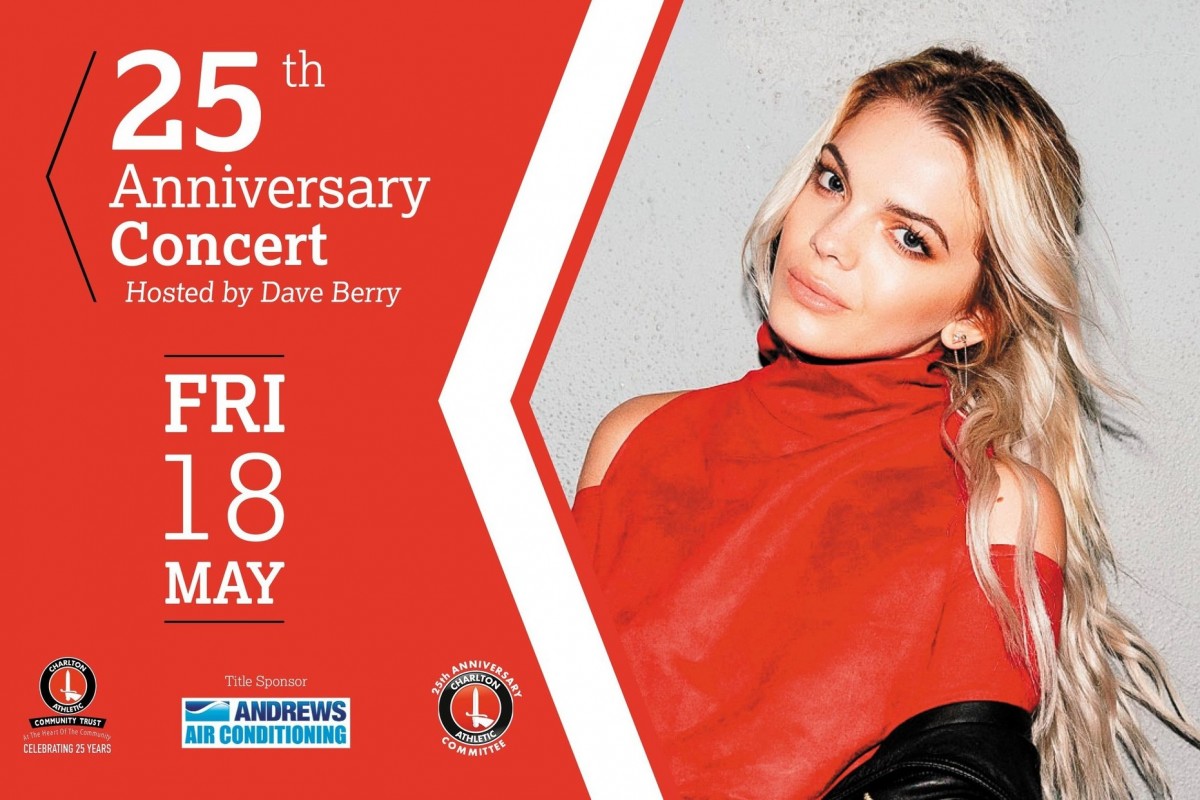 Following the success of Legends United and the Back at The Valley dinner, the 25th Anniversary Committee is excited to announce its final event, bringing the season to a close in style.

X Factor winner Louisa Johnson will headline an exclusive concert at Indigo at The O2 on Friday 18 May, with all proceeds from the event going to Charlton Athletic Community Trust (CACT).

As in previous years, CACT will be running its Perform talent competition as part of the concert, giving young people from Royal Greenwich, Bexley and Kent the opportunity to perform on stage as a support act for Louisa at the event.

CACT would like to thank Andrews Air Conditioning for their sponsorship of the concert.

All funds raised from 25th Anniversary events will support projects at the heart of the community.

Money raised from previous events has already started making a difference; CACT was able to take participants on our mental health support programmes on a residential trip in the autumn, hold its first client Christmas party in December and bring together young people it mentors at the Street Violence Ruins Lives themed match day in January.

Tickets for the event start at just £20. Get yours now before it sells out in our exclusive pre-sale for supporters.