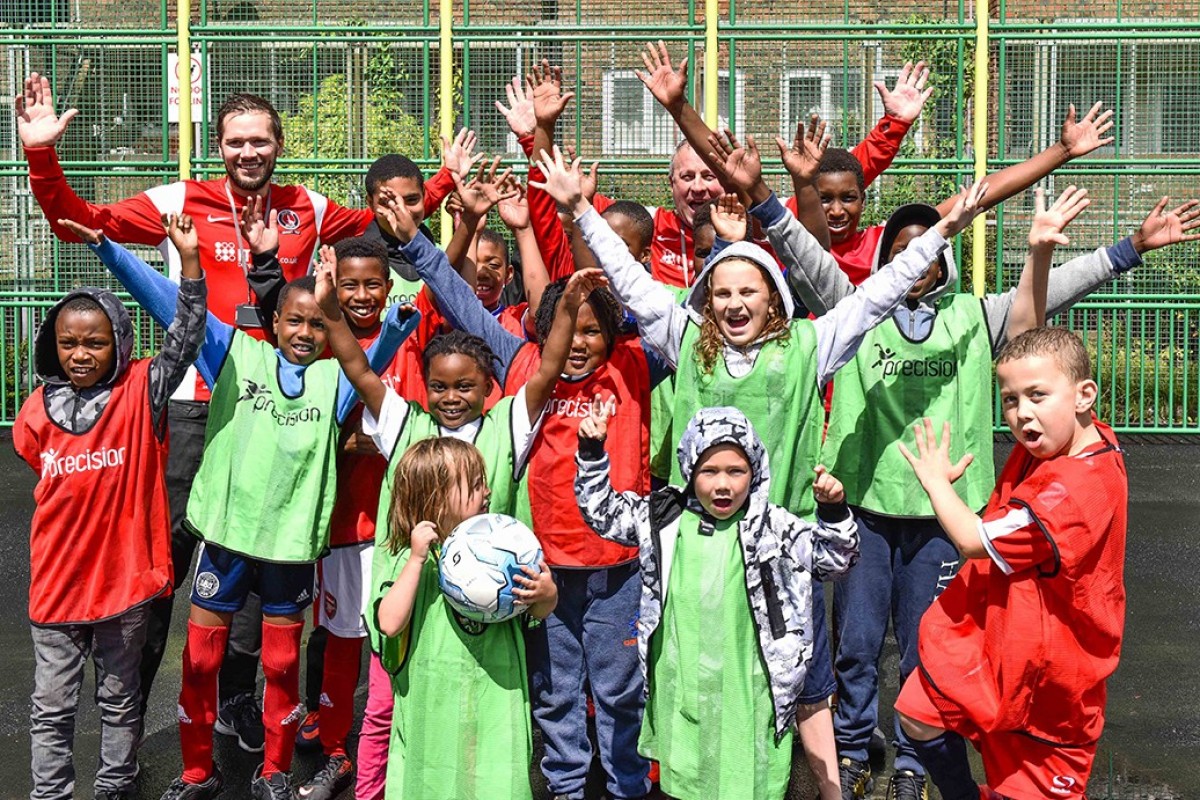 A brand new ball court has opened at Woolwich Common Estate just in time for the summer holidays.

Charlton Athletic players Lewis Page and Josh Umerah were among those at Thursday's launch (27 July 2017) which included a mini kids football tournament, face painting and arts and crafts.

The ball court will be used by young people at Young Greenwich's youth hub on the Woolwich Common Estate and was supported in its opening by the Charlton Athletic Racial Equality partnership (CARE) and Greenwich Leisure Limited.

Speaking at the event, Kirsty, a local resident, said:

“I grew up on this estate and it is great to see a communal space where children can use. It is brilliant way of bringing the community together to keep active and socialise. ”

The Royal Borough of Greenwich was asked to build a new football pitch by Woolwich Common Tenants and Residents Association. Following consultation with residents, a multi-use games area was created, allowing the court to be used to play a variety of other sports, including basketball and cycling. There's also space for other activities such as fashion shows, table top sales and open air theatre.

Councillor Denise Scott-McDonald, Cabinet Member for Culture, Creative Industries & Community Wellbeing, said: "Our magnificent state of the art ball court is a worthy investment which will continue to build community engagement in Woolwich.

"Having such fantastic sports facilities on their doorsteps will make it even easier for residents of all ages to keep fit and have fun by playing their favourite sports."

Councillor Averil Lekau, Cabinet Member for Housing and Anti-Poverty, said: "The ball court is a great addition to the Woolwich Common Estate and is another example of us listening to residents. Creating facilities like this is key to the Council's aim of making Greenwich a place where people want to live, work, learn and visit."

Dr Michael Seeraj, Head of Equality, Diversity & Inclusion at Charlton Athletic Community Trust, said: "We were also delighted that our coaches, Matt and Jack were joined by Greenwich Youth Service alongside Charlton's first team players Lewis Page and Joshua Umerah, who did an inspiring Q&A with the young people on the court - it was wonderful to see."