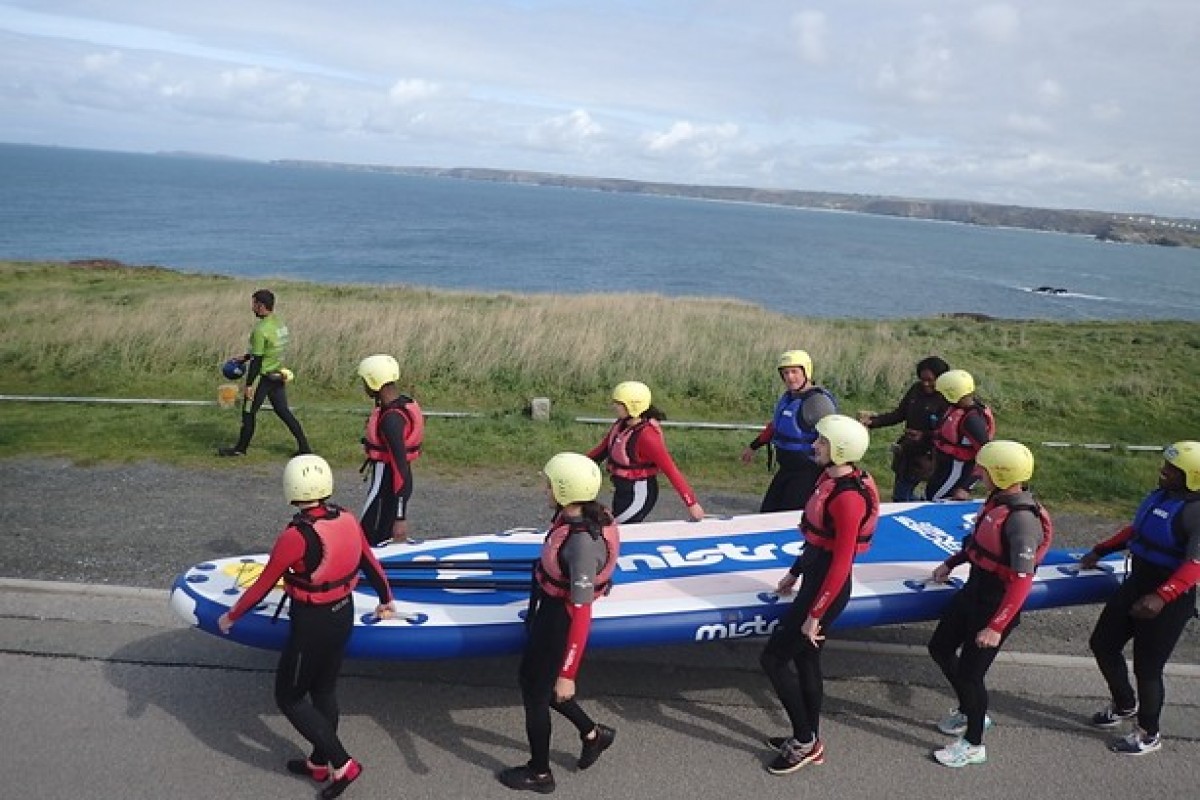 A group of early intervention in psychosis clients are taking part in the second of two residentials in Cornwall this month.

Two groups of eight service users are involved in the trips, which last three nights and comprise visits to Falmouth, Newquay and the Eden Project.

The residentials are for clients under the care of the Greenwich Early Intervention In Psychosis teams run by Oxleas NHS Foundation Trust.

Those taking part in the trips are at an advanced stage of their recovery.

Activities include coasteering and stand-up paddle boarding at Newquay Activity Centre, and an educational visit to the Eden Project, a global garden, for informative workshops and team-building exercises.

The trips strengthen the work done with the clients on a weekly basis, empowering them and increasing confidence and self-belief. Previously, most of the participants had not been away from home for a significant period of time.

“It’s great that what was raised at my golf day in May has facilitated this opportunity.

“It’s very rewarding to know that the money is going to such a worthy cause and making such a positive difference.”

“GAVS is very excited to support this project. We have been administering a small grants budget on behalf of the Royal Borough of Greenwich and we are pleased that one of these is going towards such important work.”