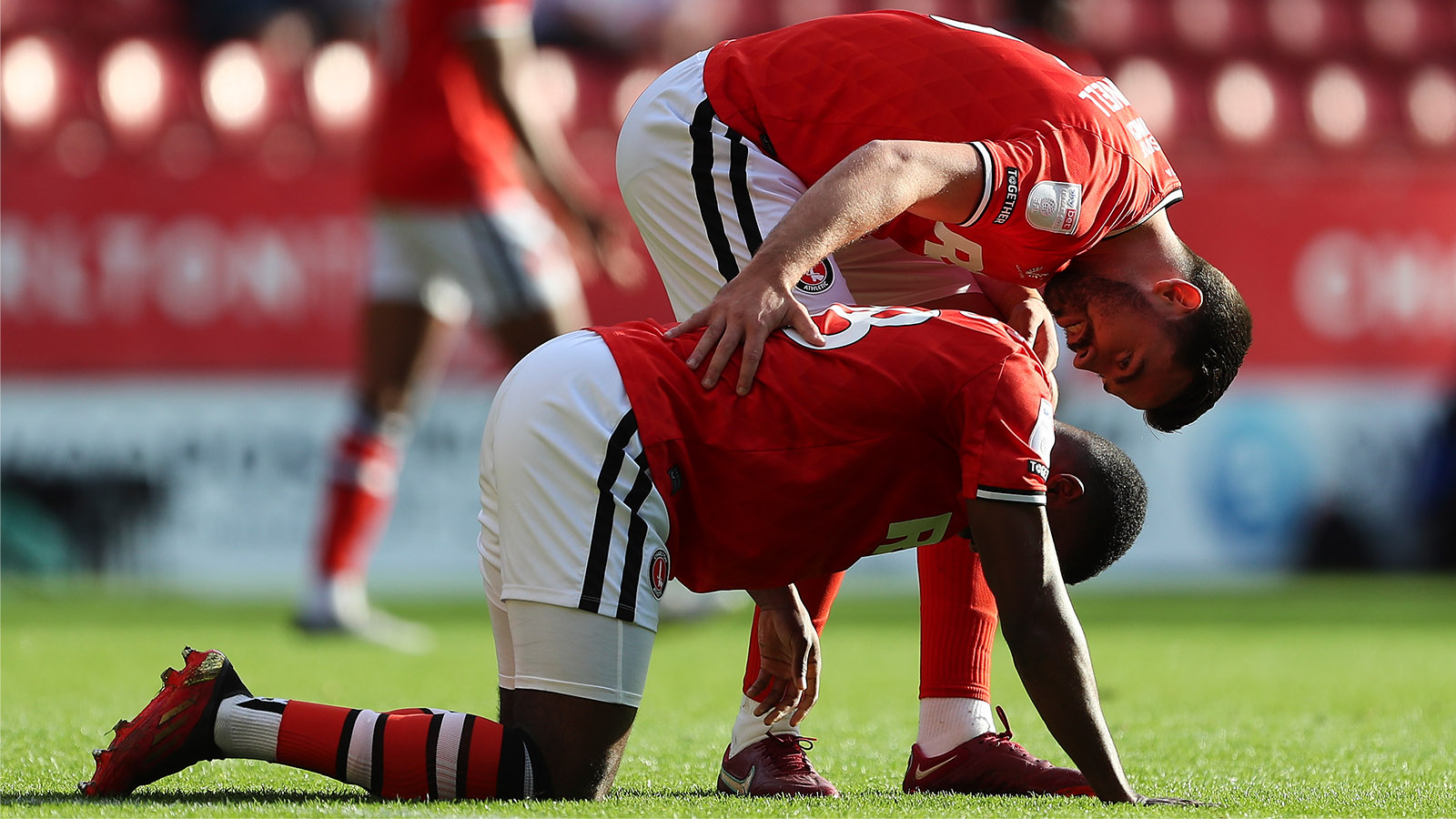 Ben Garner has provided an update on the injuries sustained by Eoghan O’Connell and Mandela Egbo during Saturday’s game against Ipswich Town.

The club have now received scan results for the defensive duo, who were both forced off in the first half last weekend with knee and quad injuries respectively.

“Eoghan is actually better news than we expected,” Garner revealed. “We feared the worst with Eoghan but it’s actually weeks rather than months which is a big positive. When it’s the knee joint and the type of symptoms that were initially presented you’re fearing it could be the season or a large part of it, so we’re really fortunate that it’s not as serious as we feared.

“I would definitely hope he’d back this side of Christmas and we’ll get him back as quick as we can,” the boss added. “He’s already chomping at the bit trying to get back and trying to get off his crutches etc.”

Sadly the manager was not able to provide such positive news on Egbo, who is set to undergo surgery next week.

“It’s good news on that but unfortunately it’s not good news at all on Mandela,” he said. “He’s ruptured his quad and it’s the worst possible case. It’s such a freak injury really because he just caught his own foot as he kicked and that mechanism has caused the injury.

“It’s a one in a million injury and we’re so disappointed for Mandela because he got a bad tackle in pre-season that cost him time. He then got back up to speed, he’s proved what a great player he can be at this level and now he gets this setback.

“I know Mandela well and for me I do have an emotional attachment to the players – that’s how I am and how I like to work. I’ve known Manny since he was 11 years old and he’s such a great character; you know he’ll do everything right and you know he’ll be back as quick as possible.

“We’re really disappointed for him but, as with all other players, he’ll get all our support, love and attention to try and get him back as quick as we can. He will make the best of a bad situation.”

Asked for a timeline on the right-back’s injury, Garner said: “That’s months, we’re looking long-term for that. He’s going to have surgery next week and then it’s going to be a long rehabilitation process for that.”

The Addicks return to The Valley on Saturday to take on Coalville Town in the Emirates FA Cup first round. Click here to get your tickets.